A 2-0 victory over Atalanta on Matchday 37 of the 2021-22 Serie A season provided Milan with a huge psychological advantage over Inter in the title race. They now require only a point off the final match to lift the title. Anything less than a win for Inter would have made Milan the champions in the aftermath, but the Nerazzurri routed Cagliari 3-1 courtesy of a brace from Lautaro Martinez.

Patrick Cutrone broke the offside trap set up by Salernitana to fire in his first-time shot through the ‘keeper as the home side found themselves in the ascendancy in the 31st minute of the game. Empoli kept on knocking on the doors of the visitors but failed to trouble the scorers.

It was Salernitana who scored the second goal of the game when Federico Bonazzoli latched on to a bobbing ball off a corner-kick to acrobatically power it into the net with a bicycle kick to equalize in the 76th minute.

It was Udinese who drew the first blood in a five-goal thriller after an unmarked Nahuel Molina curled the ball into the far corner in the 26th minute. Spezia levelled the proceedings nine minutes later after Daniele Verde volleyed the ball into the net before getting their noses upfront through Emmanuel Gyasi’s swift turn and shot finish at the stroke of half-time.

Two minutes after the restart of play, Giulio Maggiore prodded the ball home from a point-blank range to give Spezia a two-goal cushion. Pablo Mari did pull one goal back in the fourth minute of regulation time for Udinese but it was too little too late.

Josip Brekalo fired the ball into the far top corner from a tight angle to score the only goal of the game for Torino as the visitors came out on top in a mid-table clash. Torino moved to the tenth spot with the win while Verona fell to the ninth position after the loss.

Venezia took the lead in the opening minutes of the contest when David Okereke thumped his header into the net. Sofian Kiyine would be sent off in the 32nd minute after kicking in the groin region of a Roma player and the home side took full advantage of the man advantage to come back in the game.

Eldor Shomurodov pounced on a ‘keeper’s first time save to force the ball into the net on the rebound as Roma equalised with just fifteen minutes to go.

Gianluca Scamacca towered above his marker to nod home a ball in the 35th minute to give Sassuolo the lead before Domenico Berardi doubled it in the 75th minute after finding ample time inside the box to unleash an overhead kick.

Scamacca timed his run perfectly to find himself one-on-one against the ‘keeper and the 23-year-old didn’t fumble a bit in his finish to score the third for Sassuolo. Riccardo Orsolini converted his spot-kick in the 92nd minute of the game but it proved to be a mere consolation.

Victor Osimhen made a run through the centre to glance his header into the net off Giovanni di Lorenzo’s cross from the right flank to put Napoli in the driver’s seat in the 32nd minute. Lorenzo Insigne struck his penalty in the woodwork but encroachment by Genoa players allowed him to retake it in the 65th minute and the captain made no mistake in slotting the ball into the bottom corner this time.

With plenty of bodies forward to pass, Stanislav Lobotka decided to go for glory from distance and his decision proved to be correct as he slammed the ball into the net in the 81st minute.

After a goalless first half, Milan broke the deadlock through a breakneck counter-attack when Junior Messias lobbed the ball above the entire Atalanta defense for Rafael Leao to power it home through the legs of the ‘keeper in the 56th minute.

The Rossoneri would score the second goal of the game in the 75th minute when left-back Theo Hernandez’s solo run saw him carry the ball from his own penalty box to the other, zigzagging his way through a host of opposition players to tuck it past the rival ‘keeper. 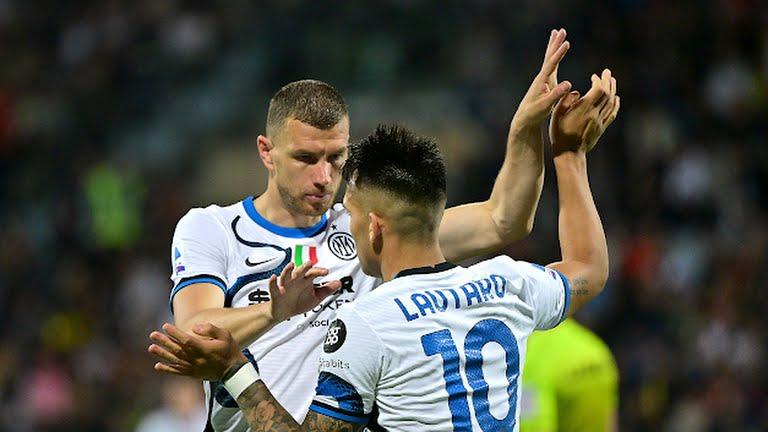 Lautaro Martinez celebrates after scoring a goal against Cagliari

Matteo Darmin leapt above his marker to head home Ivan Perisic’s cross in the 25th minute to give the away side a much-needed goal. Lautaro Martinez made the most of his pace and power to slam the ball home in the 51st minute to double Inter’s advantage before Charlampos Lykogiannis halved the deficit for Cagliari three minutes later.

However, Martinez restored the two-goal lead for Inter after scooping the ball over the sprawling rival ‘keeper in the 84th minute as the final scoreline read 3-1 in favor of Inter.

Abdelhamid Sabiri found himself amongst the scorers’ list in the 83rd minute after his shot from the edge of the box took a wicked deflection to roll into the net. Fiorentina denied Sampdoria a clean sheet when Nicolas Gonzalez converted his spot-kick to earn a consolation for the away side. 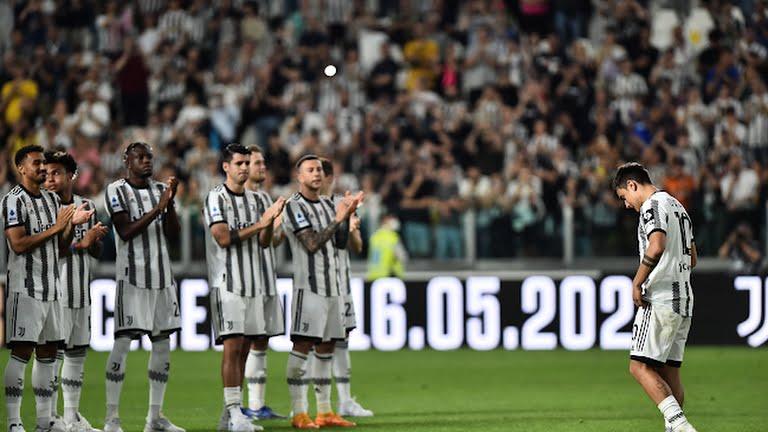 Dusan Vlahovic came up with a classic poacher finish in the 7th minute to give Juventus the lead before Alvaro Morata doubled the advantage after finding himself at the end of a brilliant one-two pass with Juan Cuadrado in the 36th minute.

Alex Sandro scored an ‘own goal’ in the 51st minute to give Lazio hope of resurgence. Just when it seemed the game would end in the favor of Juventus, Sergej Milinkovic-Savic pounced on a rebound off the initial save to fire it into the top corner from a tight angle in the sixth minute of additional time.