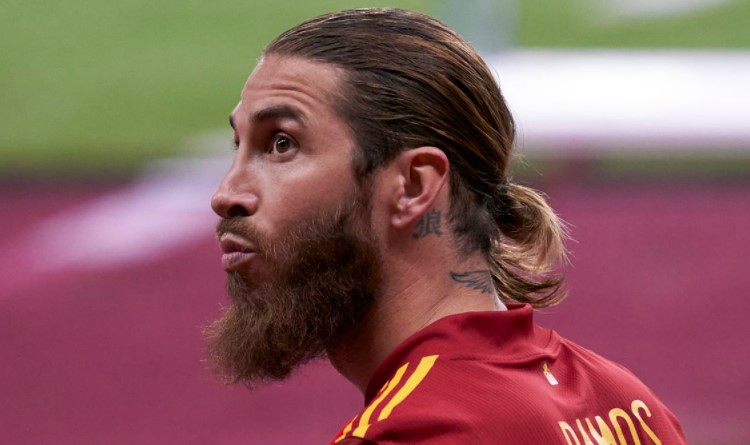 Ramos played only 5 minutes against Kosovo

The 35-year-old has been diagnosed with a calf muscle injury in a World Cup qualifiers match, the club reported on the official website.

“After the tests carried out today on our captain Sergio Ramos by the Real Madrid Medical Services, he has been diagnosed with a muscular injury in the inner calf of his left leg. His recovery will be monitored.”

Ramos played the first 45 minutes against Greece before being substituted with a 1-0 lead, the Spaniards drew 1-1 without their captain on the pitch. A few days later he was not in the squad at all, La Roja won 2-1 away against Georgia. Yesterday, the captain entered the field in the 86th minute (3-1).

The 35-year-old was very happy to step on the field in a Spanish shirt:

“The important thing was to play and to contribute something and achieve the objective that, after that draw against Greece, it was important to win on the road to the World Cup. It’s always important to add a minute or the whole game – that depends on the coach.”

Sergio Ramos Garcia became the second most-capped player in his beloved Sevilla on Wednesday, surpassing Oman’s Mubarak Ahmed, with whom he was tied until today.

The numbers are history, but they do not stop there because Ramos is just five games away from breaking the world record, and on the basis of his mammoth form it seems easy to predict that the Spain captain will continue to close in on the all-time record.

At the moment, the all-time ranking of players with the most caps is as follows:

Only couple of matches separate Sergio Ramos from becoming the player with the most international caps in history and the dream of 200 is not so far away for a sportsman who has not lost enthusiasm and winning spirit since that rainy day in Salamanca (his international appearance).

Ramos said in his post-match interview on Wednesday night:

“I’m doing very well, little by little I’ve found my rhythm after a big knee injury. The coach, Luis Enrique, was clear. Everything that happens with me is taken out of context; the reality is one thing and that’s what the coach said. I’m just another player and when I play as a starter I’ll be as happy as I am today.”

The next morning the sad news came out.

According to journalist Jose Luis Sanchez, the defender is out for about a month.

Thus, Ramos will not play in both games against Liverpool in the Champions League quarter-finals and will also miss the La Liga game against Barcelona on April 10.

The Spaniard himself confirmed that he will miss those games, writing on Instagram that

“What hurts him most is not being able to help the team in the most important games of the season”.