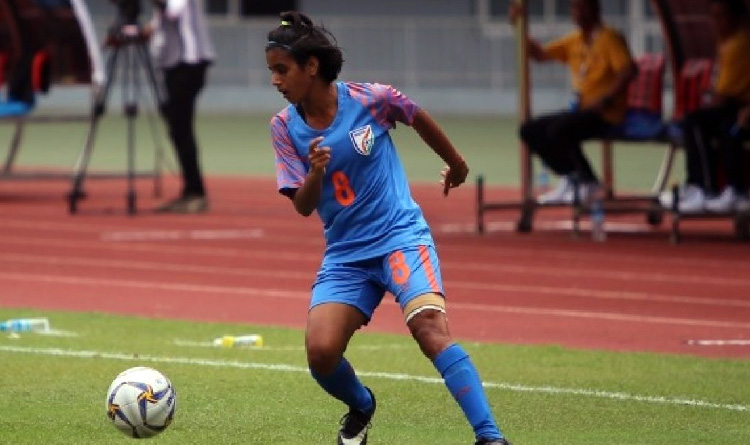 Talented footballer Sanju Yadav has had a long journey growing up in Alakhpura – a village in Haryana’s Bhiwani district.

She previously told how her family’s firm support played a vital role in her football career. She has successfully built a football career and sees her latest achievement as motivation to keep working hard.

“It is the greatness and a big motivation for me to proceed to work hard and give the best of myself.”

“I see a bright future as a lot of work is being done locally to develop the game across India. I hope to do my best every time I play and provide guidance and support for players’ next generation. I believe we are on the right track and move forward together every day, thanks to the efforts of different stakeholders”

“They are both great players, and I love playing with them for the national team. Playing for India is every player’s dream, and for me, every time I wear the blue jersey, it is a special moment. I plan to extend to improve as a player and to win trophies for India. We have the 2022 AFC Women’s Asian Cup coming up, which is expected to be hosted by India, and I hope we can do well in the competition.”