North Macedonia pull off the upset of the year knocking out Italy; Portugal, Sweden, Wales advance

Europe was lit on fire with four high-profile matches last night to determine who would move onto the finals of the FIFA World Cup European Qualifiers.

All eyes were on Portugal as they faced Turkey in one of the most crucial games of the season, however, it was North Macedonia that pulled the biggest surprise out of their bag.

Italy was up against the challenge of North Macedonia in the semifinals of their pool at the Renzo Barbera Stadium in Palermo, Italy. What could have been a cakewalk for the European Champions turned out to be their biggest nightmare of the season. The North Macedonian side was able to overcome the challenge as they edged past their opponents in the closing minutes of the game courtesy of a last-minute goal by Aleksandar Trajkovski.

This is the second time in a row that Italy has missed out on a chance to qualify for the World Cups. Macedonia on the other hand will be ecstatic with their win over Italy but they have a long path ahead of them as they will lock horns against Cristiano Ronaldo’s Portugal in the Path C finals.

Austria was up against Wales in the semifinals of the Path A Qualifiers, both sides looked strong through the majority of the contest. Gareth Bale opened the scoresheet as he gave Wales the early advantage in the game with a goal in the 25th minute of the contest. Both nations had the opportunity to score but could not find the back of the nets in the remaining minutes of the first half.

Bale gave his side a 2-0 lead in the game as he scored within the first six minutes of the second half. Austria tried to make a comeback in the game as Marcel Sabitzer found the nets for Austria in the 64th minute of the contest to get the scores to 2-1. However, Wales put their opposition on lockdown in the remaining minutes to win the contest making their way into the finals. 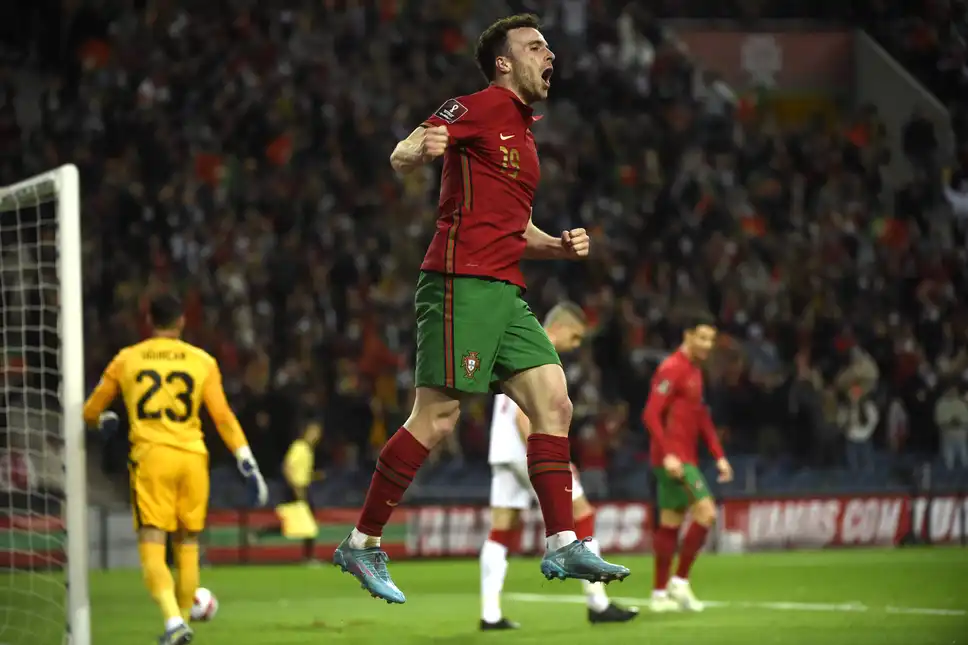 Portugal locked horns against Turkey in the second semi-final of Path C, Cristiano Ronaldo’s men had a lot of hopes riding on their shoulders as a loss here would mean the side missing out on a chance to play in the World Cup for the first time in Ronaldo’s career. The contest started a little slow and the sides tested each other out early in the game. Otavio Monteiro opened the scoreline in the 15th minute of the contest. Jota gave his side a 2-0 lead in the closing minutes of the first half.

Turkey tried to make a comeback in the game with Burak Yilmaz finding the net in the 65th minute. Turkey had the chance to level the scores as Gilmaz took the penalty in the 85th minute of the contest, but missed the chance. Matheus Nunes drove the final nail in the coffin with a goal in the injury time as Portugal won the contest 3-1.

Sweden was up against the Czech Republic in the second semifinals of Path B of the European Qualifiers. Both the sides were evenly matched throughout the game, both the defensive units were on point with their tackles and did not present their opponents with a lot of chances to score in the game.

None of the two sides was able to find the nets in the regular time of the game, and the game had to be taken into the extra time. Robin Quaison broke the deadlock in the 110th minute of the contest punching their ticket in the finals as the team will now face Poland to make a way into the Qatar World Cup 2022.