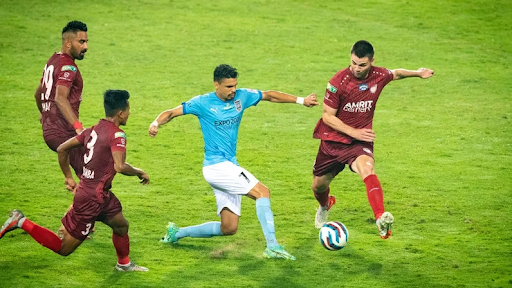 Both teams are without a win in their last five matches

Reigning champions Mumbai City will take on basement boys NorthEast United in ‘Match 71’ of the 2021-22 Indian Super League at the Fatorda Stadium on Tuesday.

After a positive start, Mumbai City’s campaign has taken a grim turn over the last few weeks. Des Buckingham’s men are currently occupying fifth place in the league standings having accumulated 17 points from their 11 matches.

On the other hand, NorthEast United has failed to get going at all this season. Last season’s semi-finalists have won only two of their 13 matches and are currently languishing at the bottom of the table with 9 points in their account.

It seems like an eternity since Mumbai City’s last victory, as they are winless in their last five fixtures. In their previous three matches, the Islanders could only manage one draw, whilst suffering defeats in the other two games.

One such defeat came in a rather embarrassing manner when they clashed with Bengaluru in their last match, as the Blues handed them a 3-0 drubbing. The two matches before that saw Buckingham’s team playing out a goalless stalemate against East Bengal after losing out 4-2 against Odisha.

Though these two sides are separated by six places in the league standings, Mumbai City and NorthEast United are even-stevens when it comes to the current form. Besides the Islanders, the Highlanders are the only team to have not won any of their last five matches.

Like their opposition, Khalid Jamil’s team has also accumulated a solitary point in their previous three fixtures. They are coming into this match on the back of successive defeats against Chennaiyin and Odisha, while before that, they played out a 1-1 draw against Goa.

Mumbai City holds the edge when it comes to head-to-head records, as they have won 7 of the 15 encounters against NorthEast United. The Highlanders have emerged victorious on five occasions, with three matches ending in stalemates.

One such stalemate was played out earlier this season, which ended with a 3-3 scoreline. Igor Angulo’s brace and Bipin Singh’s strike comprised the Islanders’ three goals, while for Jamil’s team, Deshorn Brown netted a hat-trick. 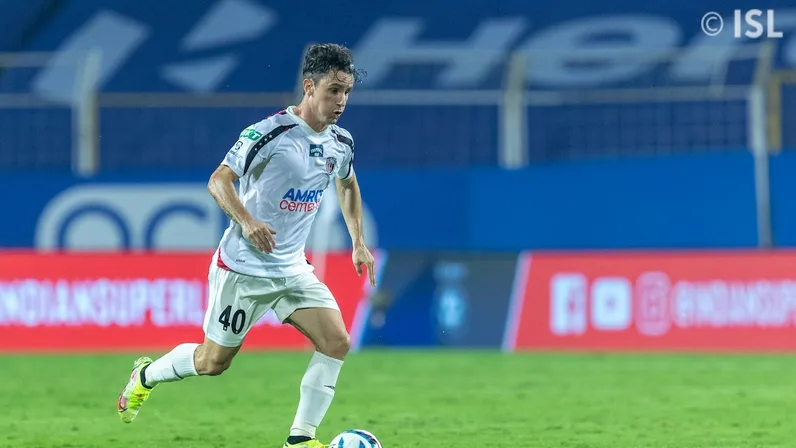 Marcelinho is expected to feature from the start for NorthEast United

Though Mumbai City’s new foreign acquisition Diego Mauricio has already arrived in Goa, he will not be available for selection in this match owing to quarantine protocols. That being said, another foreigner in Ahmed Jahouh is expected to feature in the starting XI after serving his one-game suspension.

The Moroccan midfielder is likely to replace Odisha loanee Vinit Rai while Buckingham is expected to make five more changes to his team. Mohammad Nawaz, Raynier Fernandes, Amey Ranawade, and Mandar Rao Dessai are expected to come in for Phurba Lachenpa, Brad Inman, Mohamad Rakip, and Vignesh Dakshinamurthy respectively while Igor Angulo is likely to lead the lines replacing Ygor Catatau who has already left the club.

NorthEast United’s winter signings Marcelinho and Marco Sahanek were handed cameo appearances in the last match against Chennaiyin and both of them took no time to showcase their talent as Marcelinho created five chances while Sahanek carved two key openings. They are likely to feature from the start in this match replacing Laldanmawia Ralte and Sehnaj Singh respectively.

Besides that, Jamil could be forced to make another tweak as his first-choice goalkeeper Mirshad Michu sustained an injury against the Marina Machans and Subhasish Roy is expected to be NorthEast’s last line of defense in Mirshad’s absence.

There are almost no similarities between these two teams barring current form as Mumbai City is ahead on both quality on paper and head-to-head records. Hence, we have predicted a 3-2 win for the Islanders.