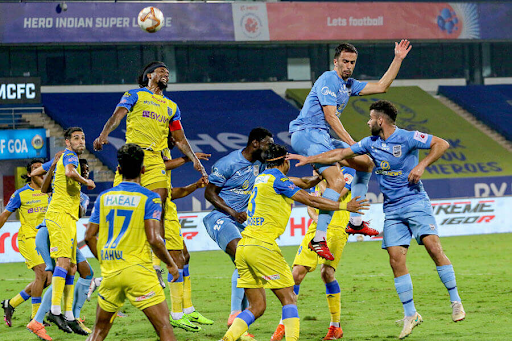 Mumbai City are the favorites to win this match

Reigning champions Mumbai City will take on Kerala Blasters in ‘Match 35’ of the 2021-22 Indian Super League season at the Fatorda Stadium on Sunday. Despite losing some of their key players and also their manager, Mumbai City is playing like a true defending champion.

With five wins from six matches, the Islanders are occupying the pole position in the standings, having already built a four-point gap with second-placed Jamshedpur. On the other hand, Kerala Blasters have rarely been convincing as they have bagged only one win in five matches and are at the eighth position in the league table.

Des Buckingham has hardly taken any time to get his philosophy conveyed in the Mumbai City squad while new signings like Igor Angulo and Cassinho have also hit the ground running.

They started their campaign with a 3-0 win over Goa, and though Hyderabad stopped them in their tracks in the second fixture, the Islanders have not had to look back ever since. They have won all of their last four matches, scoring 13 goals in the process and conceding only 4 goals at the other end.

On the contrary, Kerala Blasters are having yet another topsy-turvy ride this season as they once again lost their season opener against ATK Mohun Bagan but offered more resilience to secure draws in their next two fixtures against NorthEast United and Bengaluru.

The Tuskers’ best performance so far was in their fourth outing against Odisha where they secured an unlikely 2-1 triumph. However, a frustrating 1-1 stalemate against a struggling East Bengal side would not have uplifted their morale a great deal.

Mumbai City is head and shoulders ahead of Kerala Blasters when it comes to head-to-head records. They have beaten the Tuskers on six occasions while the men in yellow have got the better of the Islanders only twice with six fixtures ending in stalemates.

The first meeting of last season ended 2-0 in Mumbai’s favor with former players Adam Le Fondre and Hugo Boumous finding the back of the net. They emerged victorious in the return leg as well by a 2-1 margin with Le Fondre scoring again and Bipin Singh netting the other goal. 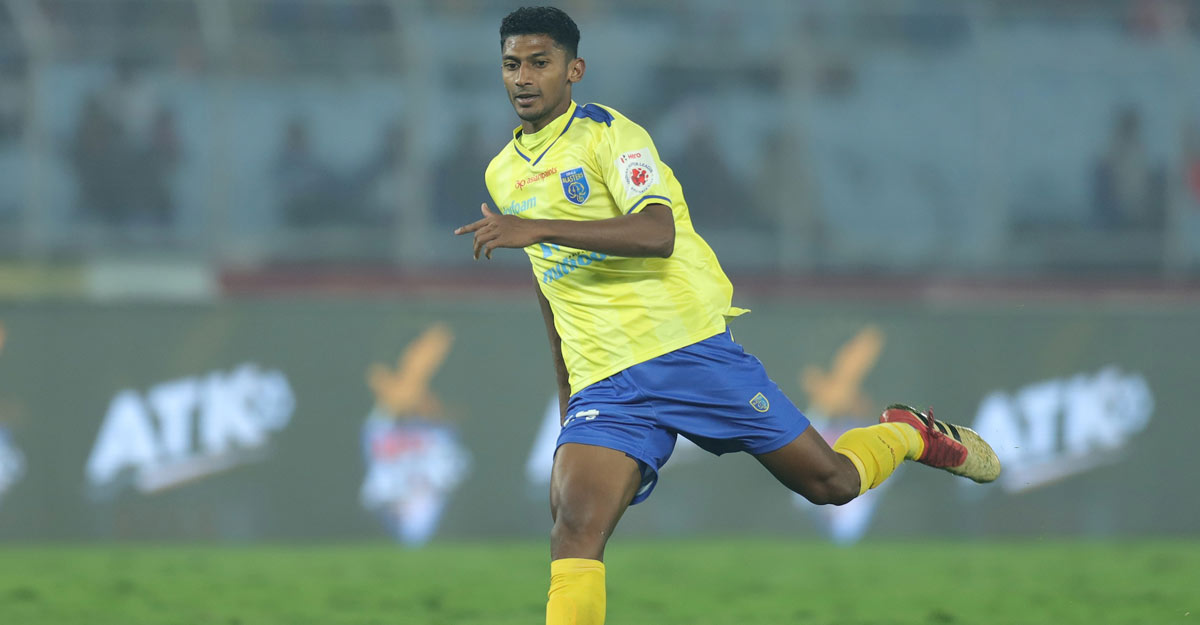 Raynier Fernandes created only a single chance in 68 minutes, put in a couple of crosses, and had 40 touches of the ball against Chennaiyin. The former New Zealand U23 manager could replace him with young forward Vikram Pratap Singh for this match but rolling out an unchanged team is also a viable option since results have gone in his favor.

Kerala’s Bosnian central defender Enes Sipovic injured himself in the last outing and had to be replaced early. If he fails to recover in time for this game, Vukomanovic is likely to pair Marko Leskovic with Abdul Hakku in central defense.

By freeing up an overseas spot, the former Standard Liege manager could replace Sahal Abdul Samad with Chencho Gyeltshen. The former had a poor outing against East Bengal and was substituted at half-time.

Mumbai City holds a clear upper hand – both in terms of head-to-head statistics and the current run of form. They also have momentum in their favor while the Tuskers are yet to find their strongest combination. Hence, we have predicted a 3-1 win for Mumbai City.