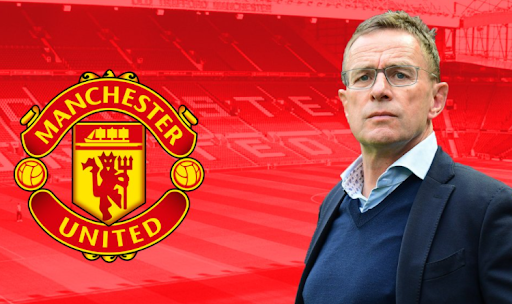 Man Utd has appointed Ralf Rangnick as interim boss until June next year, and then the German will serve as a сlub`s advisor. For now, Michael Carrick remains in charge until Rangnick settles his visa and work permit issues.

On 29 November, the club officially unveiled the assignment by releasing an official statement:

“Manchester United is delighted to announce the appointment of Ralf Rangnick as interim manager until the end of the season, subject to work visa requirements. Following this period, Ralf and the club have agreed that he will continue in a consultancy role for a further two years.”

Ralf Rangnick, is a proponent of a playing style called “heghen-pressing“. The basic principle is to press high, while also counter-pressing to get the ball back as quickly as possible in the event of a lost possession – you can’t fall back, you have to keep up the intensity and pressure. The experienced German has mainly been more involved with activities within clubs, holding positions as director of sport and suchlike, his last job was at Lokomotiv Moscow. MU have officially thanked the Russian club for their friendly facilitation of the move, despite the recent appointment – which was in June of his year.

This is the man behind the success of clubs like RB Leipzig and TSG Hoffenheim – he has lifted these clubs literally from the bottom of German football to the top. The manager, who started his coaching career in the 1980s, commented upon his assignment:

“I’m excited to be joining United and focused on making this a successful season for the club. The squad is full of talent and has a great balance of youth and experience. All my efforts for the next six months will be on helping these players fulfil their potential, both individually and, most importantly, as a team. Beyond that, I look forward to supporting the club’s longer-term goals on a consultancy basis.”

Former Bayern and Manchester United midfielder Bastian Schweinsteiger has reacted to the appointment his 63-year-old compatriot, the German believes it will be very beneficial for the Red Devils:

And here are the thoughts of Jamie Carragher, another important figure in English football, he definitely appreciated the appointment, as the playing style promoted by the German is what the best clubs in the world do:

“I think the appointment of Rangnick will be a positive step in terms of how he wants football played. The top teams in European football, and three of them are in the Premier League, all play the way Rangnick has always wanted his teams to play going back 20 years. Top-level football is played like that and Manchester United were a million miles away from that. Rangnick is coming in now to make sure that Manchester United get back into the Champions League for next season.”

Still, he feels that the main objective of the interim coach is to help find a new manager and, what is more important, to prepare an ideal springboard for him:

“But Rangnick’s biggest job is identifying the next coach. The top people at the club will be taking advice from him. He will want the next coach to be in his image so he’ll be almost getting them ready for the next coach and how they want to play.” 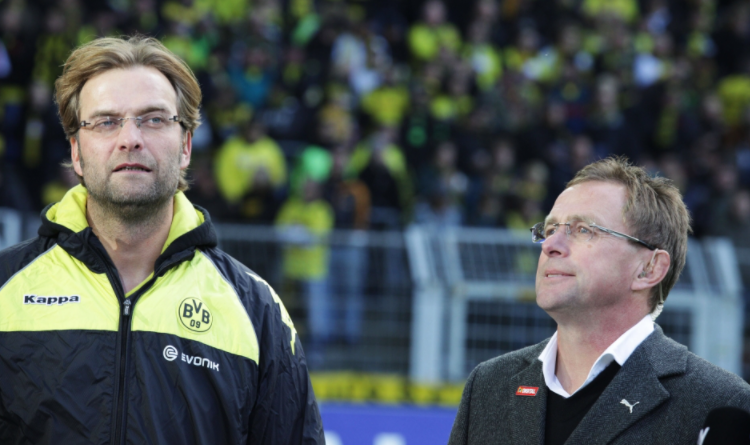 ‘Godfather of the Gegenpress’ Rangnick influenced Klopp and Tuchel’s styles immensely, being their inspiration and mentor in the past

But he also expressed fears that given the current form of the club and the selection of players, this “mentally-heavy” style will not be able to take root immediately, so the German specialist is in a difficult situation as he needs to improve the picture immediately:

“When you watched Manchester United in the last few weeks when things weren’t going well, you weren’t sure what they were trying to do. There’s no exact science to win a football game – there are different ways – but Manchester United have not had a clear plan and this guy has a plan. The problem is that his plan could be chalk and cheese with Manchester United at the moment; there are five or six players you think won’t fit into that way of playing. His way of playing has to be coached and trained on; it’s not something you work on in a week. You need to learn to train for the physical output too; that can cause injuries and that may make it difficult for Manchester United to get into the top four.”