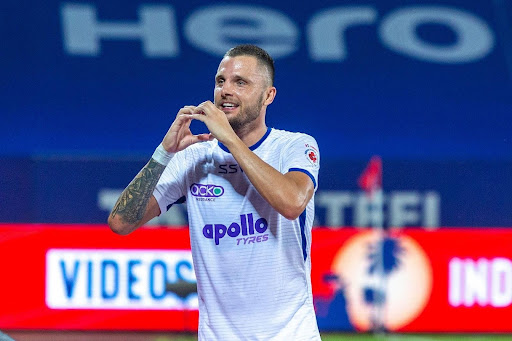 Chennaiyin returned to winning ways as they beat Jamshedpur 1-0 at the GMC Athletic Stadium in Bambolim in Match 47 of the 2021-22 Indian Super League season as Lukasz Gikiewicz scored the only goal of the match in the 31st minute.

Jamshedpur fielded the same side that held Kerala Blasters to a 1-1 draw in their previous ISL fixture while Chennaiyin made three changes to the starting XI that lost 2-4 to Bengaluru.

This allowed coach Bozidar Bandovic to have an extra foreigner on the attack and he used it to bring Gikiewicz upfront restricting Rahim Ali to the sidelines.

The Men of Steel could have broken the deadlock in the fourth minute itself but Seiminlen Doungel skied his shot to waste the opportunity. Three minutes later, the Marina Machans had a golden opportunity to take a lead of their own. The Jamshedpur defenders offered Sajid Dhot a free header from an Anirudh Thapa corner-kick but the newly signed central defender headed the ball askew from a hand-shaking distance.

Chennaiyin made the most of their rival’s poor marking in set-pieces to take the lead ultimately as Vladimir Koman found an unmarked Gikiewicz at the far post from a free-kick and the 34-year-old leaped high to connect the ball with his head and beat Rehenesh to score the first goal of the game.

The Men of Steel had a chance to level things on the brink of half-time but Greg Stewart miscued Jordan Murray’s cross from the right flank. Chennaiyin went into the break with a 1-0 scoreline favoring them as Jamshedpur understood they had to up their ante. 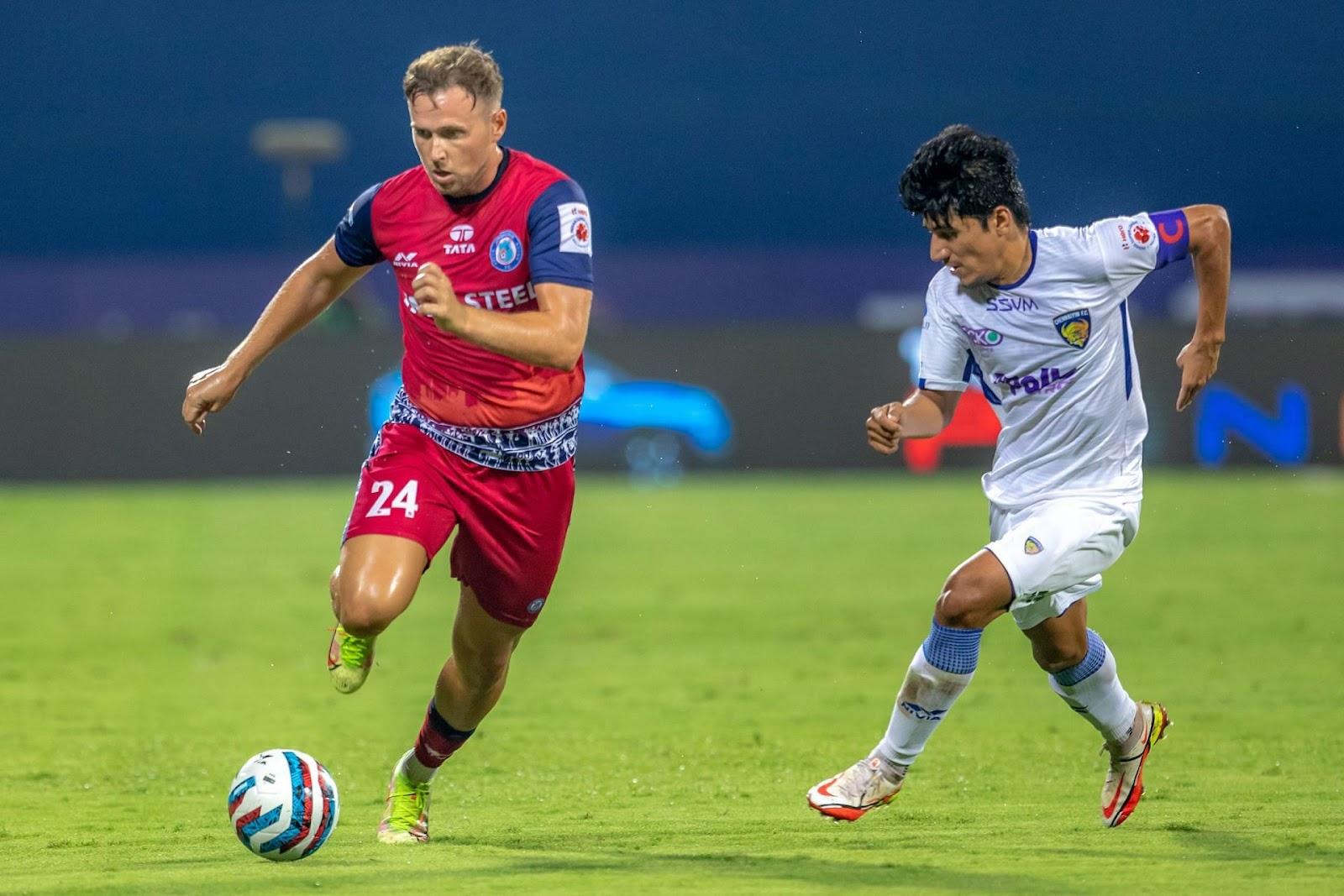 The second half started on a cagey note, with both sides canceling each other out for the opening fifteen minutes.

The first meaningful opportunity of the game fell to Chennaiyin in the 61st minute when Germanpreet Singh took a shot from inside the box after some slick passing by his teammates on the left flank but Ricky Lallawmawma slid at the last moment to put in a valuable block.

Stewart spotted Debjit off his line and tried to pull a scorcher from the halfway mark in the 66th minute but the former Rangers forward’s idea lacked execution as it bounced marginally wide. Jamshedpur continued knocking on Chennaiyin’s doors and nearly got the equalizer in the 73rd minute when Stewart fired in a shot after making space between three defenders but an agile Debjit denied him by diving full-fledged to get a hand to it.

As the game entered the final ten minutes of the game, Chennaiyin did everything in the book to kill time as a frustrated Jamshedpur unit kept on watching. Owen Coyle’s side did get another chance to equalize in the 81st minute but substitute Ishan Pandita’s grounded effort from close range missed the far post by a whisker.

The officials added five extra minutes beyond regulation time but the Chennaiyin defenders stood the test of time to preserve their clean sheet and pick up the three points on the night.

The two-time ISL champions toppled Jamshedpur to occupy the fifth spot in the points table with the victory as they now have 14 points from nine matches. Chennaiyin will lock horns against ninth-placed Goa on Saturday who haven’t tasted a single victory in their last 4 matches.

Jamshedpur remain with 13 points in their bag from nine games and occupy sixth position and they will square off against tenth-placed NorthEast United on Thursday and would be eager to break their 3-match winless streak.