Leicester City holds AS Roma to a stalemate, Feyenoord stuns Marseille to win 3-2 

Leicester City played out a 1-1 draw against AS Roma

The first leg of the semi-finals of the 2021/22 UEFA Europa Conference League epitomized the very reason why this competition was created in the first place, as teams punched above their weights to harbour a spectacular dream, that of conquering Europe. Leicester City held AS Roma to a 1-1 draw, whilst Feyenoord stunned Marseille to secure a 3-2 win.

Check out what happened in the first leg of the 2021/22 UEFA Europa Conference League semi-finals: 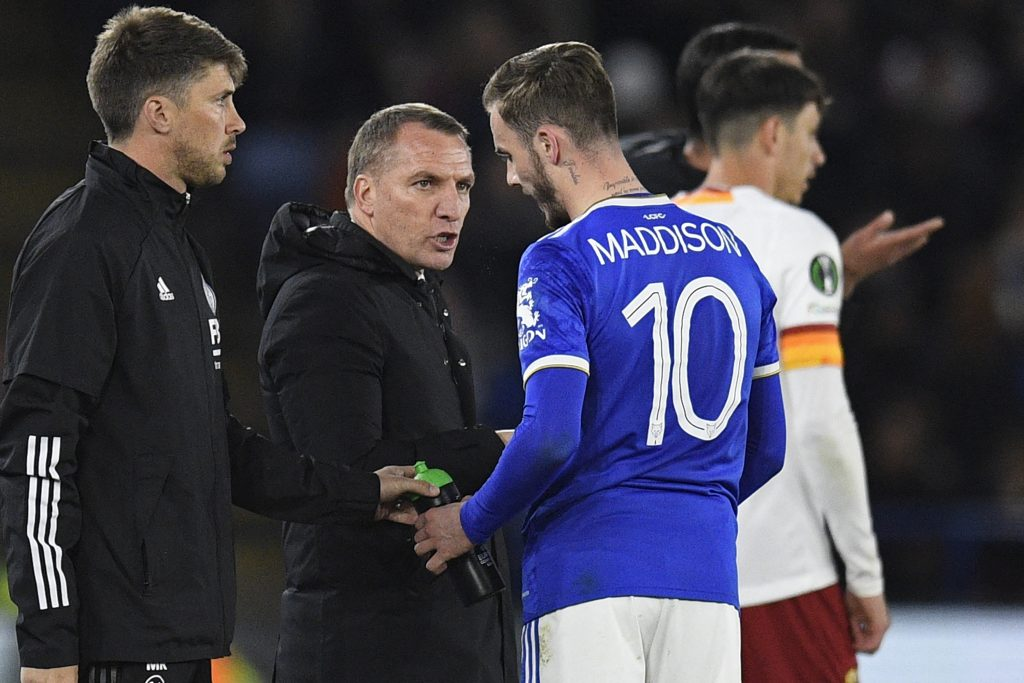 Brendan Rodgers’ men proved their worth against Jose Mourinho’s team

The clash between Leicester City and AS Roma was expected to be an edge-of-the-seat thriller and both sides lived up to the expectation, playing a 1-1 stalemate. The Foxes made full use of the home advantage and had a fantastic start.

However, it was the team from Italy who drew first blood in this fixture. Nicola Zalewski played a perfect pass for Lorenzo Pellegrini and the Italian midfielder has no issues whatsoever in beating Kasper Schmeichel in the Leicester City goal.

Brendan Rodgers’ side bounced back well, but as his teams usually do, Jose Mourinho’s backline remained resolute and kept the scoreline at 0-0 in the first half. The equalizer eventually came in the 67th minute when substitute Harvey Barnes’ cross was pushed into the bet by a Roma player in Gianluca Mancini. 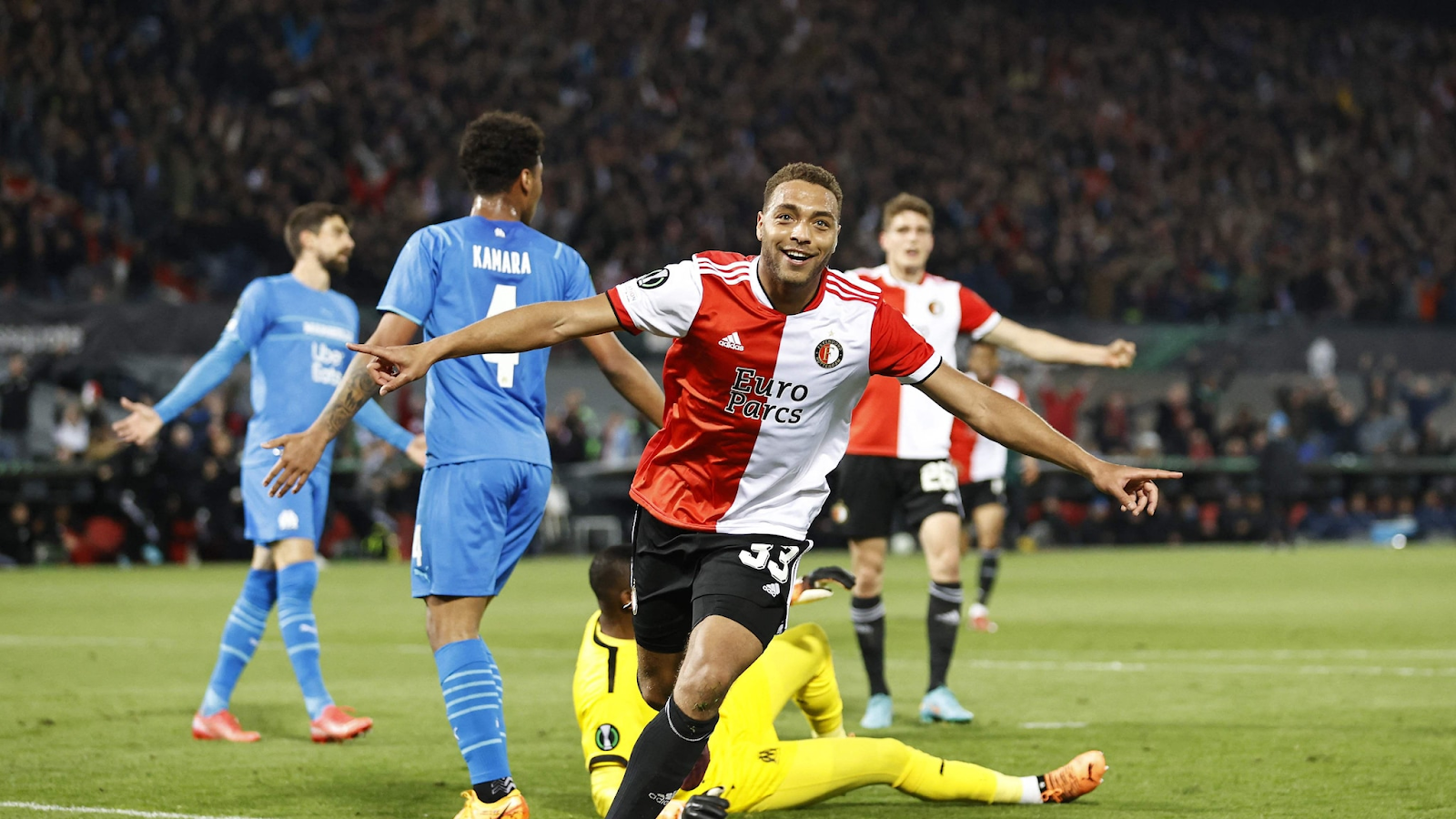 Given the squad composition of both teams, Marseille was expected to have it easy against Feyenoord but it was not to be, as the Dutch outfit did incredibly well to punch above their weights and secure a 3-2 triumph.

The first goal of the game came in the 18th minute when Feyenoord’s Nigerian striker Cyriel Dessers found the back of the net. Arne Slot’s men doubled their lead only a couple of minutes later when Nelson laid off a pass for Luis Sinisterra, and the Colombian youngster’s shot took a wicked deflection before ripping the net.

Jorge Sampaoli needed a strong response from his team and he got just that, as Bamba Dieng’s curling shot from outside of the box reduced the Ligue 1 team’s deficit in the 28th minute. Marseille was gifted an equalizer in the 40th minute when Gerson’s cross was spilt by Feyenoord’s Israeli goalkeeper, Ofir Marciano.

However, the Eredivisie outfit reclaimed their lead barely ten seconds into the second half courtesy of another individual howler. This time, Marseille’s Croatian defender Duje Caleta-Car gave away possession to Dessers and having tasted blood previously, the 27-year-old was never going to let the opportunity go begging.