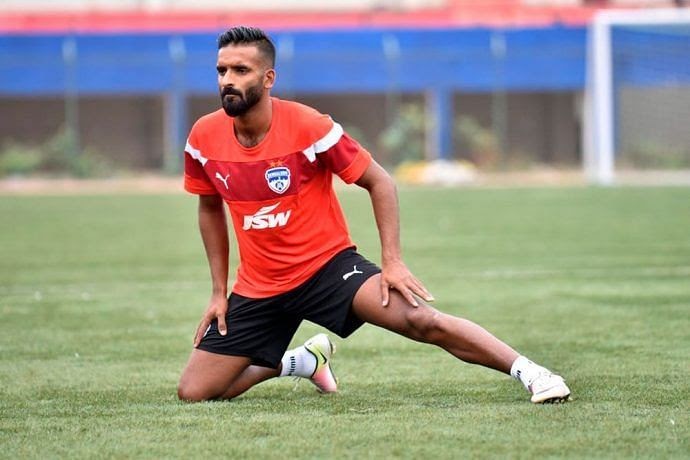 Kerala Blasters has signed the former East Bengal, Chennaiyin, and Bengaluru defender Harmanjot Khabra on a two-year deal until the end of the 2022-23 Indian Super League season.

After signing for the Blasters, Khabra said

“I am very excited to join Kerala Blasters. The opportunity to play for the passionate Yellow Army aligns with my love and passion for the game. I look forward to donning the KBFC colors with pride and hunger. And I’m very keen to meet my new teammates and start preparing for the journey ahead.”

“Khabra is a player who can bring much-needed experience to our team. I believe that his profile was one of the major pieces we were missing. His passion, versatility, and leadership will be an immediate positive influence on our team.”

After starting his career with the then I-League side Sporting Club de Goa, Khabra broke onto the Indian football scene as a teenager, collecting the award of the most promising player in the 2006 Durand Cup. Ahead of the 2009-10 I-League season, Khabra signed for East Bengal and won the Calcutta Football League title for seven consecutive seasons with the Reds and the Golds before securing a permanent move to the ISL.

In his debut season in the ISL, Khabra helped Chennaiyin reach the semi-finals, and eventually, the Marina Machans did one better to win the cash-rich competition as Khabra got the taste of his first league success.

After being limited to a bit-part role in the 2016 ISL season, Khabra secured a move to Bengaluru who eventually moved to the ISL and won the competition on the second time of asking with Khabra an ever-present in the Blues starting XI during the season.

The Punjab-born player is an established utility player who can play in the central midfield area, right side of the defense, in the central defensive areas, and even on the right side of the midfield. The 33-year old player is one of the only four players to have 100+ appearances in the ISL and would be crucial to the club’s success in the next two seasons of the ISL.