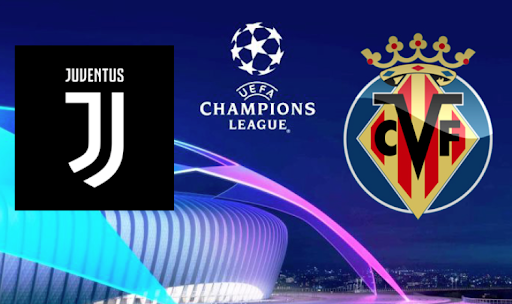 Juventus will host Villarreal at the Allianz Stadium in the UEFA Champions League round of 16, second leg. The match will take place on March 17, beginning at 01:30 IST.

The first month of spring is full of interesting encounters. The domestic fixtures have passed the weekend, now it is a turn for the Champions League. On 16-17 March night, two return fixtures of the 1/8 finals will take place. Juventus and Villarreal will clash in one of them at the Allianz Stadium.

We’ll tell you everything you need to know ahead of the upcoming match.

The Zebras are finally back on track and are climbing up the Italian league standings, currently in fourth place with 56 points. They are seven points behind leading Milan and eight points ahead of catch-up Atalanta. The Bergamas have a game in hand, but their overall position is much improved as we see. There is a good chance of finishing the season in the top-four and qualifying for the Champions League.

In the current European competition, the Turin side are doing well. They reached the play-offs from top spot, and in the first leg of the last eight they drew 1-1 with Villarreal. Dusan Vlahovic scored as early as the first minute. The forward joined from Fiorentina during the winter transfer window and quickly adapted to the new club. He was even named the club’s Player of the Month in February.

The Serbian is a terrific performer – he has scored 20 goals and given two assists in 27 Serie A games.

The Old Signora have remained unbeaten in Serie A for 15 games in a row. They have beaten their opponents with confidence, with some occasional draws.

Juventus picked up a resounding 3-1 win over Sampdoria in the latest round of the Italian championship without the services of their 22-year-old goalscorer. Alvaro Morata netted the double. The result shows there are more than enough resources to produce positive results.

Massimiliano Allegri’s charges should also be praised for their excellent defensive performance. They have conceded only 26 goals in 29 Italian league games. Most of them came at the start of the season, when the team were in crisis and losing frequently. The Italian specialist has managed to fine-tune the defence and make up for lost ground.

Villarreal are not so successful at the moment. They are seventh in the La Liga table far away from the European competitions zone. Their performance is very unstable, so they are unlikely to climb any higher. In the last five rounds they drew against a weakened Real Madrid in the absence of Karim Benzema (0-0), thrashed Granada (4-1) and Espanyol (5-1), lost to Osasuna (0-1) and outplayed Celta (1-0).

The only sides that were effective were the league underdogs and unstable mid-table sides. The youngsters were surprising: in the encounter with the Parrots, 19-year-old Jeremy Pino scored a poker. In other cases, the Yellow Submarine have been extremely pragmatic. Although Serge Aurier and Giovani Lo Celso reinforced the team in the winter transfer window – the newcomers have yet to produce any tangible benefits.

In the Champions League, Unai Emery’s side are not doing much better. Difficulties have already arisen in the group stage. They qualified in the play-offs from second place, losing to Manchester United (1-2 and 0-2) and playing a draw with Atalanta (2-2). In the Copa del Rey, they did not succeed either being crashed out in the 1/8 finals at the hands of Sporting Gijon (1-2).

Statistical preview of the match Juventus vs Villarreal:

“I have a clear idea of the team I’ll put out. Let’s hope I choose wisely. I don’t know if this team has the quality or the maturity to reach the final, but we must have the ambition to reach the final. We must give our utmost to go as far as we can. Tomorrow is like a final, it’s a decider – there must be a winner, either over 90 minutes or 120.”

“Villarreal are an expert side with an excellent coach, who has won the Europa League many times. The team gives little away. We must concede as little as possible because they are a technical side. In the away leg, one lapse in concentration cost us dearly because we seemed to be in control of the match at that point. As we’ve seen, one moment can change the game.”

“It’s a one-off match, and we have one thought in mind – make it to the next round. To do that, tomorrow the backing of the fans is important.”

“We are really looking forward to win. The team has been very consistent in this competition. We had a very good group stage and, in the first leg, we were able to turn the game around after a blow that can knock you out. They are the favourites because of their present, their history and what they represent, but we want to be able to have our place and our recognition. We have the challenge of beating them, which is very appealing and people are very excited about it.”

“I think the game will be very different to the one at home. Despite Juve being a team with a lot of defensive capabilities, they have very good players on the offensive end. From the respect they showed us at home and the result of the draw, they will want to win from the first minute. A lot of things will happen and we have to be prepared to take more control. You can count on the fingers of your hands the chances they get in every game. They have the desire to win.”

Both teams are weakened by injuries to players from the main squad, but both teams know how to win games in European competitions no matter what.

Despite the experience of Unai Emery, his team is clearly stagnant at the moment, while Juventus, in turn, are on the march and should qualify for the next stage of the Champions League – they are simply classier. It won’t be an easy encounter, but the Italians should prove victorious on home soil.

We say: Juventus to win – Yes.