Jamshedpur vs Odisha: Preview and Prediction 

Jamshedpur and Odisha will kick off their ISL 2022-23 campaign on Tuesday when they square off against each other at the JRD Tata Sports Complex in Jamshedpur. The match is expected to be witnessed by over 20000 people as football returns to the city of Jamshedpur after two years.

Jamshedpur finished the previous season at the top of the table and even clinched the League Winners’ Shield, with 43 points from 20 matches. However, they faltered in the semi-finals and failed to make it to the finals.

Odisha, on the other hand, ended their previous campaign in the seventh spot. The Juggernauts have never qualified for the playoffs and will be raring to finish inside the top four after back-to-back disappointing campaigns.

Jamshedpur sent their reserve side to the Durand Cup 2022, so it will be the first time that their fans will be able to catch their team in action. In the preparation for ISL 2022-23, the Red Miners squared off against Tata Motors, Tata Steel, Goa, RoundGlass Punjab, Sreenidhi Deccan, and Real Kashmir.

Jamshedpur trounced JSA League champions Tata Motors 6-0 in their opening pre-season game and followed it by trouncing Tata Steel 12-0. Their winning run in pre-season came to a screeching halt against Sreenidhi Deccan as they lost to the I-League outfit 2-1 but followed it with a 3-0 victory over the same side.

Playing a 1-1 draw with Goa next, Jamshedpur lost 2-0 to RoundGlass Punjab in their next fixture before finishing their pre-season plans with a 3-0 win over Real Kashmir.

Odisha participated in Durand Cup 2022 and had a clean record in the group stages, winning all their matches. Starting off with a 6-0 win over NorthEast United reserves, they followed it with a 2-0 win over the reserve side of Kerala Blasters. It was followed by a 3-0 and 1-0 win over Sudeva Delhi and Army Green respectively.

Odisha’s campaign in Durand Cup 2022 had to be cut short in the quarter-finals as eventual winners Bengaluru beat them 2-1 in extra time. The Josep Gombau-coached outfit also squared off against Chennaiyin in a pre-season friendly but they lost the encounter by a margin of 5-1. 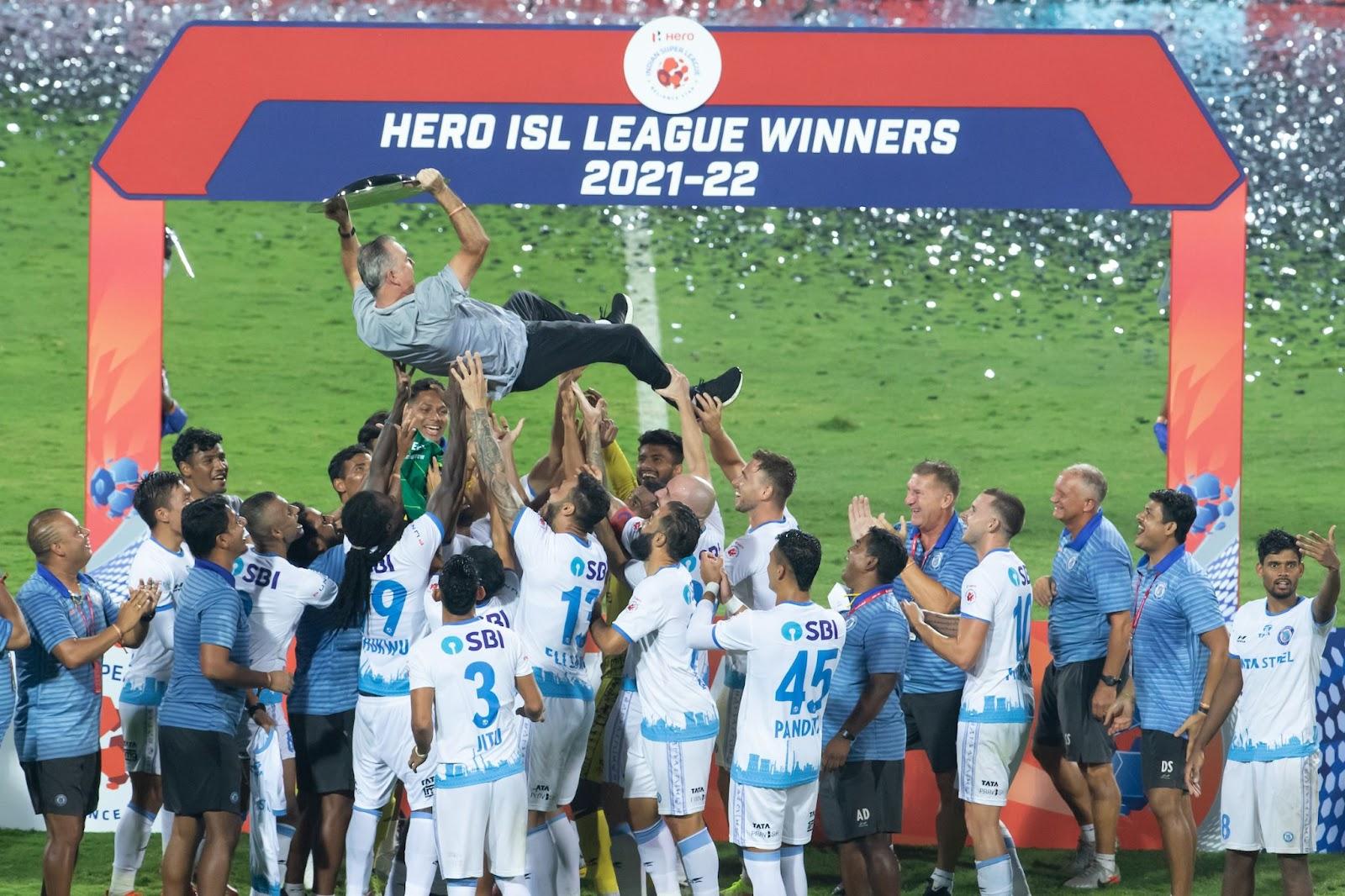 Jamshedpur is likely to field themselves in a 4-3-3 formation. Rehenesh TP will guard the sticks while the quartet of Eli Sabia, Peter Hartley, Laldinliana Renthlei, and Ricky Lallawmawma are expected to play as the back four.

Jitendra Singh, Wellington Priori, and Farukh Choudhary are expected to don the role of midfield trio while Daniel Chima Chukwu, Ritwik Das, and Seiminlen Doungel are likely to play as the front three.

Amrinder Singh is likely to don the gloves in a 5-4-1 formation for Odisha. Narender Gehlot, Osama Malik, and Carlos Delgado are expected to form the heart of the defense while Shubham Sarangi and Sahil Panwar are expected to play as wing-backs.

Raynier Fernandes, Nandha Kumar, Jerry Mawihmingthanga, and Saul Crespo are likely to rotate the ball in the midfield with Diego Mauricio playing as the lone striker.

Jamshedpur enter the contest on the back of more firepower but it remains to be seen how they perform against Odisha’s new goalkeeper Amrinder Singh. We predict the match to end in a 1-1 draw.