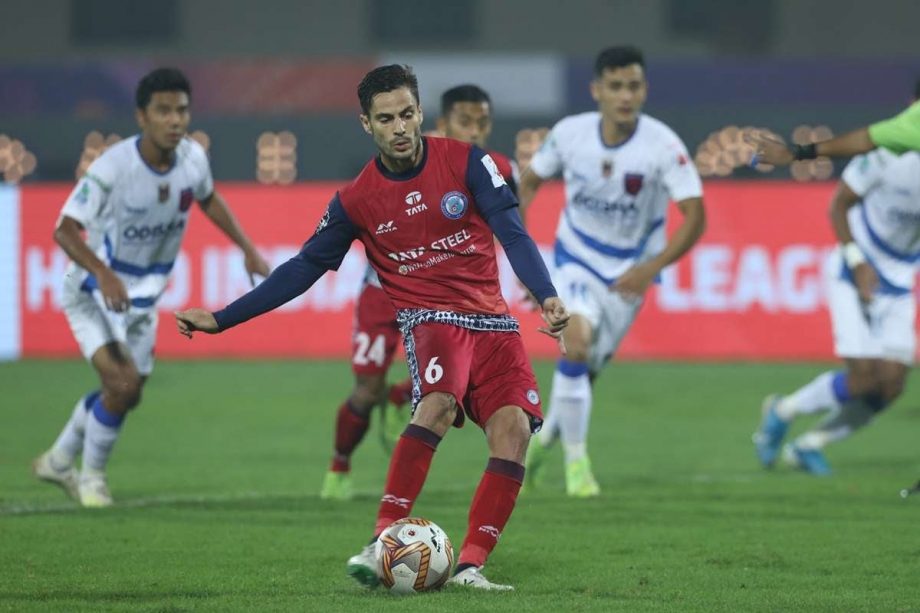 Aitor Monroy in a Jamshedpur jersey

Jamshedpur has released the Spanish duo of midfielder Aitor Monroy and forward David Grande along with Indian winger Issac Vanmalsawma ahead of the 2021-22 season of the Indian Super League.

Key central midfielder Aitor Monroy spent two seasons with the Red Steels narrowly missing out on making it to the playoffs in both seasons. After playing for the Atletico Madrid B side, the Spaniard became a journeyman playing in different leagues before landing at Jamshedpur.

In the 2019-20 ISL season, Monroy providing a single goal and assist but new head coach Owen Coyle kept trust in him ahead of the 2020-21 season. The 33-year old failed to find the back of the net but provided six sumptuous assists in the league season shining in the middle of the park.

A fan-favorite at the club, Monroy penned a few emotional words on Twitter

“After two seasons with this shirt its time to say goodbye. It’s a sad moment, I always said my first option is to be here but is not possible I have to take another way. I want to thank the club for trusting me and giving me the opportunity”.

David Grande was roped in by Jamshedpur amidst the 2019-20 ISL season and the Spanish striker scored a solitary goal in 573 minutes of action on the field. The 30-year old forward had a few impressive cameos in the 2020-21 ISL season netting 2 goals in just 318 minutes of game time.

Grande has returned to Spain and has been signed up by CD Calahorra for the 2021-22 footballing season. He tweeted

“Thank you for this season and a half, it was an incredible experience, my best wishes for the next few years, I thank Indian fans who always showed me their love.”

Issac Vanmalsawma came through the Shillong Lajong academy and moved on to ISL clubs Pune City, Chennaiyin, and eventually Jamshedpur recently. The Mizoram-born versatile forward scored 1 goal and provided 1 assist in almost 1300 minutes on the pitch in the Jamshedpur jersey.

According to reliable sources, it is learned that Vanmalsawma is closing in on signing a two-year deal with Odisha ahead of the 2021-22 ISL season.