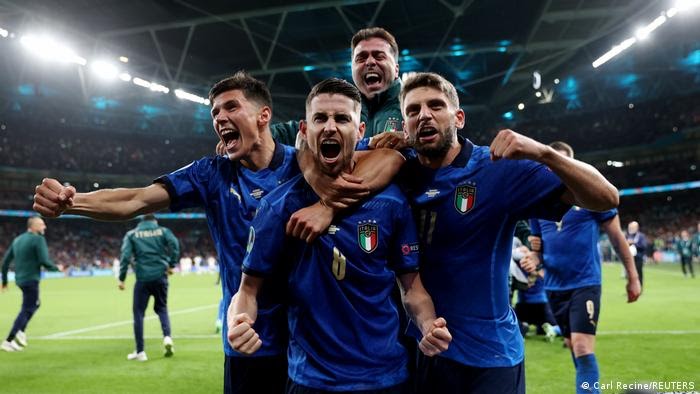 Italy defeated Spain on penalties at the Wembley Stadium on Tuesday to book a ticket for the final of the 2020 UEFA European Championship.

The match finished 1-1 with Federico Chiesa and substitute Alvaro Morata scoring in the second half of normal time. Spain’s Dani Olmo and Italy substitute Manuel Locatelli missed their respective penalties to start the penalty shootout and Morata’s miss decided the result on the night with Mancini’s men scoring the next 4 penalties without missing a heartbeat.

Italian manager Roberto Mancini had to make an enforced change in defense with the key figure of Leonardo Spinazzola missing at left-back with Emerson stepping in for the injured defender. Chiesa kept his place in the attack alongside Lorenzo Insigne and Ciro Immobile whilst the midfield of Jorginho, Marco Verratti, and Nicolo Barella was preferred in the middle of the park.

Spain manager Luis Enrique kept faith in the majority of players that defeated Switzerland on penalties in the quarter-final with only two changes coming in the forward line as the in-form Pablo Sarabia missed out due to injury and Morata was dropped to the bench. The promising forwards Olmo and Mikel Oyarzabal were drafted into the starting XI for the crucial fixture with Ferran Torres, Koke, and Pedri supporting them in the attack. The defense of Cezar Azpilicueta, Eric Garcia, Aymeric Laporte, and Jordi Alba got the nod once again.

The first half was a cagey affair but both goalkeepers committed mistakes that could have been fatal but the forwards weren’t sharp enough to bury their chances. Unai Simon’s mistimed sweeping runs along with Gianluigi Donnarumma’s wayward distribution created moments of trouble for both the goalkeeper but no team could muster an opening in the first 45 minutes. 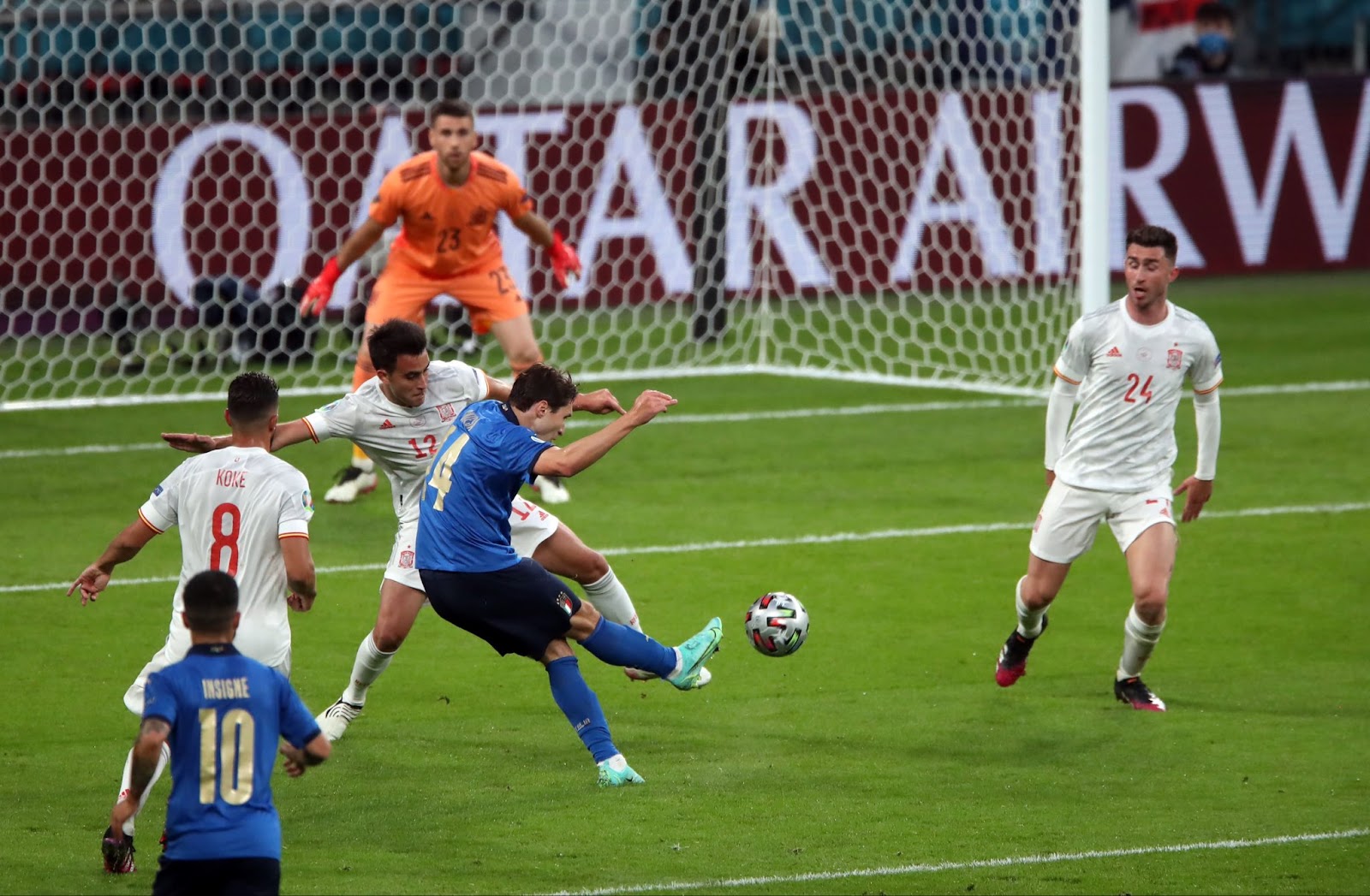 At the hour mark, Insigne’s lovely pass was cut off by the Spanish defense but Chiesa was alert and the Juventus forward won the ball, cut in on his right foot, and curled a beautiful shot past the Spanish custodian to give his nation the lead in the Euro 2020 semi-final.

Substitute Morata used his quick speed against the tired Italian defenders and exchanged a one-two with Olmo in the 80th minute before finishing past Donnarumma to equalize on the night.

After a passive period of extra time, substitute Locatelli saw his penalty saved by Simon whilst Olmo skied his effort for Spain. Fellow Azzurri substitute Andrea Belloti took his penalty superbly followed by Gerard Moreno’s calm finish in the back of the net.

Leonardo Bonucci proved his mettle with a well-taken penalty followed by Thiago’s successful attempt to keep the scores at 2-2. Another Italian substitute in Federico Bernardeschi thumped his effort into the top corner whilst Morata disappointingly missed his effort. Specialist penalty taker Jorginho rolled the ball into the back of the net sending the Wembley Stadium in a spur of celebrations as Italy will be awaiting either England or Denmark in the final on Sunday.