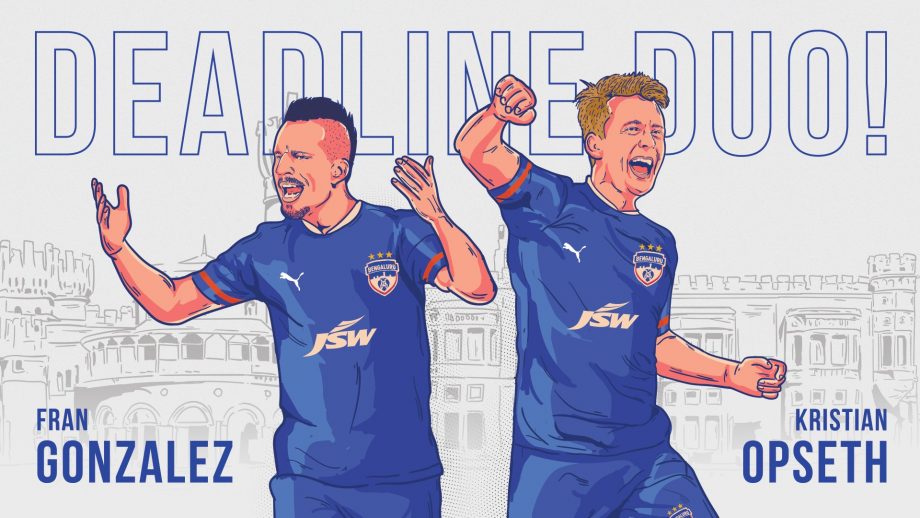 Bengaluru FC has signed star defender Fran Gonzalez and striker Kristian Opseth on the deadline day to complete their quota of overseas signings.

On Saturday, it was announced that Bengaluru FC and Raphael Augusto have mutually agreed to terminate his contract with the club because of personal issues. On the deadline day morning, it was made clear by the club that Albert Serran will not be staying with the Blues for another season.

With two positions open in the squad to fill, Bengaluru FC acted quickly to fill in the vacant positions, especially the crucial defender at the back to partner Juanan.

Gonzalez is equally able to play as a central holding midfielder and in the centre of the defense as well. After spending the 2019-20 season with eventual I-League champions Mohun Bagan and contributing 10 goals and a solitary assist, Gonzalez was left hanging nowhere when Mohun Bagan merged with Indian Super League champions ATK to form a new entity ATK Mohun Bagan.

The 31-year old defender spent his entire playing career in Spain till 2015 and since then has played in five different countries, Cyprus, Thailand, Poland, Hong Kong, and then India.

After Manuel Onwu was sold to Odisha FC, Bengaluru FC has had a thin looking strike-force and they added to it on the deadline day with the signing of Kristian Opseth.

Opseth moved to Adelaide United before the start of the 2019-20 season and scored 6 goals in 21 appearances for the A-League club.

With the transfer window closing today, Bengaluru FC has closed the lid on any more foreign signings by filling their foreign player quota and it looks unlikely that they will be signing an Indian player at this stage of the window.