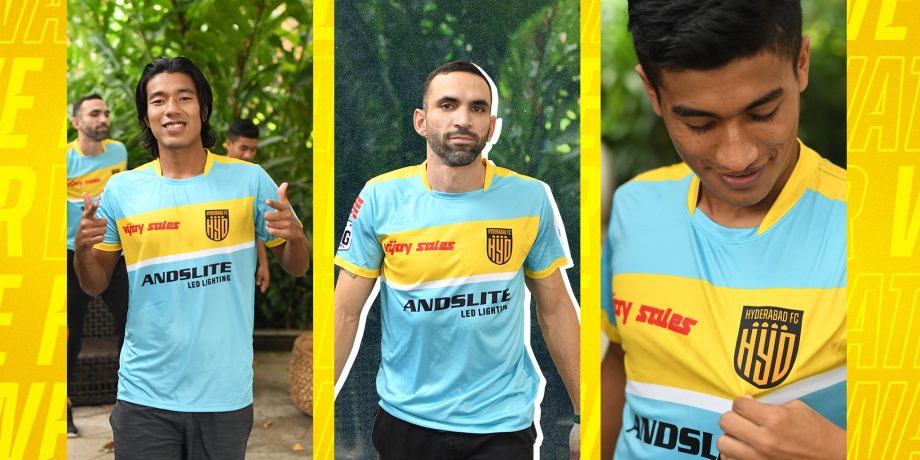 Hyderabad FC has unveiled their third kit for the 2020-21 season of the Indian Super League. The Nizams have been doing well on the pitch as they are up for a place in the top four if they keep their positive results going.

The new third kit has the ‘yellow’ color across the chest which includes the main sponsor logo and the club crest while the rest of the jersey is of light blue color in tribute to HFC’s latest campaign ‘We for Water’.

Many cities across India including Hyderabad have been facing a water drought for some time now and the HFC co-owner Rana Duggabati and other club stakeholders have decided to dedicate their third kit to an environmental cause. The kit is a small effort towards raising awareness about the campaign.

HFC might play in their third kit against NorthEast United on Friday as the club looks to stake a claim in the ‘top four’ of the ISL 2020-21 points table.