Hungary vs England: Preview and Prediction 

England holds the upper hand in this fixture

England and Hungary will kick-start their 2022-23 UEFA Nations League campaign by taking on each other in the first of their Group A3 matches. This match will be played on Saturday, June 4, in Budapest’s Puskas Arena.

England will be aiming for redemption this season after a horrendous outing in the last edition of this competition. Back in the 2020-21 instalment, they finished third in their group – below Belgium and Denmark, and ninth in the overall standings.

As for Hungary, they punched above their weights in the 2020/21 edition to top their group. They were playing in League B, where they overcame three big challenges in the form of Russia, Serbia and Turkey to clinch pole position, and subsequently, promotion to League A.

England suffered heartbreak when Italy handed them a defeat on penalties in the final of the 2020 UEFA European Championship, back in July of last year, but the Three Lions have not lost a single game ever since.

They are coming into this match on the back of four consecutive triumphs – a couple of friendly victories against Switzerland and Ivory Coast, and two triumphs in the 2022 FIFA World Cup qualifiers – against San Marino and Albania. Gareth Southgate’s team scored 20 goals in these four matches and conceded only one, which highlights how impressive they have been in recent times.

On the other hand, Hungary has done well in their recent fixtures, given their overall squad strength. They have lost only one of their last five matches, which was a slender 1-0 defeat against Serbia in a friendly encounter.

The Magyars won their last friendly against Northern Ireland 1-0, whilst they also won two of their last three 2022 FIFA World Cup qualification games against Poland and San Marino. The other match was incidentally against England, which ended in a 1-1 stalemate.

The head-to-head records between these two sides show a landslide in favour of the Englishmen. The Three Lions have won 16 of the 24 meetings against Hungary, with the Magyars ending up on the winning side five times. Three matches ended in stalemates, one of which was on the last occasion where they crossed paths in the 2022 FIFA World Cup qualification game. Roland Sallai opened the scoring for Hungary, but John Stones’ goal helped England secure a point. 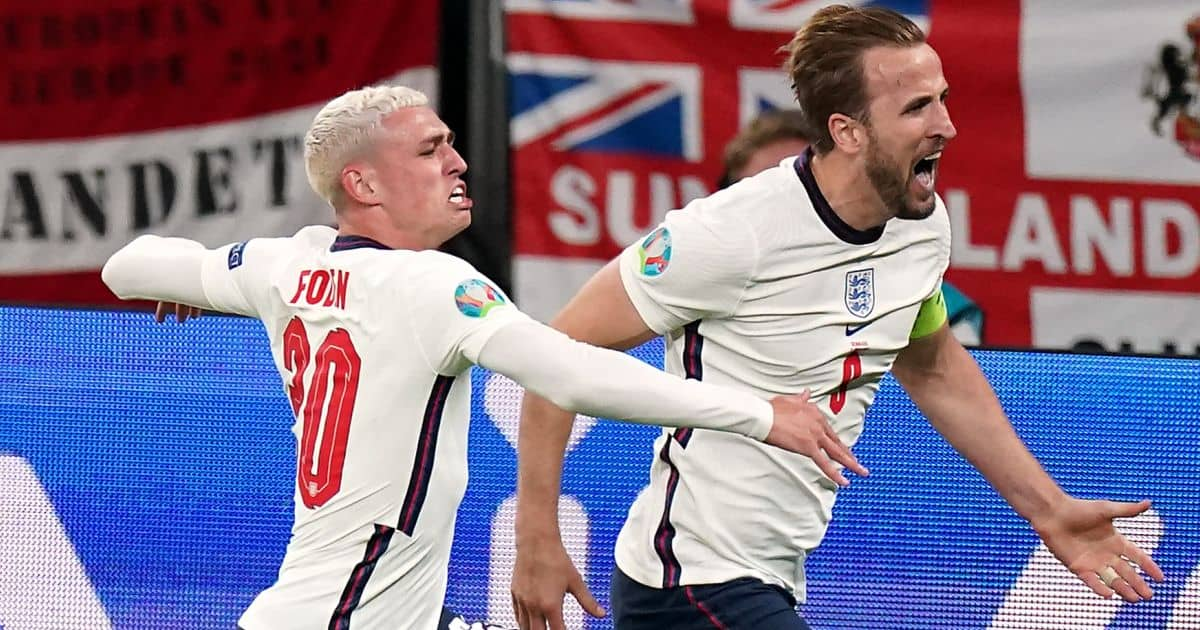 Southgate is dealing with a couple of injured players as central defender Ben White has already been ruled out, whilst right-back Trent Alexander-Arnold is yet to get back to his 100%. England does not have any other barring that and they are likely to line up in a 4-2-3-1 formation.

Reece James, Fikayo Tomori, Harry Maguire and Kieran Trippier are likely to comprise the defensive contingent, with Jordan Pickford guarding the goal. Declan Rice and Jude Bellingham are likely to provide the double pivot, operating slightly behind Raheem Sterling, Mason Mount and Phil Foden. Harry Kane is expected to be the lone man up front.

On the contrary, Hungary manager Marco Rossi will have a completely fit squad to pick his starting XI from. He prefers the 3-4-2-1 formation and we can see the same in this match. With Peter Gulacsi in goal, the three-man backline is likely to feature Attila Szalai, Willi Orban and Adam Lang.

Loic Nego and Zsolt Nagy are likely to be the wingbacks, with Adam Nagy and Andras Schafer being the central midfielders. Two talented youngsters, Sallai and Dominik Szoboszlai are expected to play the role of a number, whilst the onus of scoring goals will be on the skipper Adam Szalai.

Hungary might have pulled off a few unexpected victories in recent times, but a similar occurrence is very unlikely against England, given how dominant the Three Lions have been in their recent run of fixtures. Hence, we have predicted a fairly comfortable victory for Southgate’s team.