Goa vs Bengaluru: Preview and Prediction 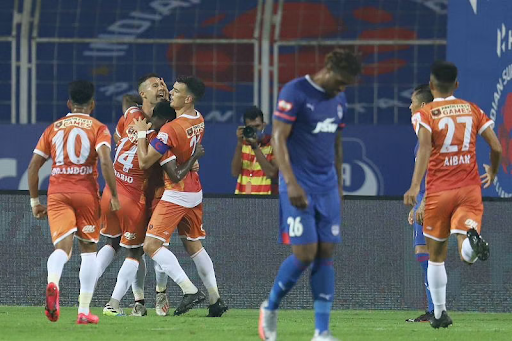 Both teams have struggled to get going this season

Goa will take on Bengaluru in the late kick-off on Saturday as the 2021-22 Indian Super League season hosts another double-header on the weekend. Both teams have a fantastic history rich in success but are currently mere shadows of their glorious past.

After losing their first three matches, Goa finally opened their account with a 4-3 win in their last match, which has helped them to move out of the bottom place. The Gaurs are tenth in the standings and Bengaluru is sitting right above them, having accumulated only four points from their first five matches.

Goa started their 2021/22 campaign with a 3-0 thrashing against defending champions Mumbai City, where a former Gaur in Igor Angulo netted a brace. In their second match, the Gaurs suffered a 3-1 defeat against Jamshedpur.

The performance was comparatively much better against NorthEast United in their third outing, where the match was locked at 1-1 till the 92nd minute before Khassa Camara’s late winner sealed all three points for the Highlanders. Juan Ferrando’s men finally got off the mark by beating an equally appalling East Bengal team 4-3 in their last match.

Unlike Goa, Bengaluru had a fantastic start to their campaign, as they defeated NorthEast United 4-2 in their first match but then lost 3-1 against Odisha in their second match. A 1-1 draw in the Southern Derby against Kerala Blasters was expected to uplift the morale in their dressing room, but instead, their performance has dipped ever since.

Marco Pezzaiouli’s team lost 3-1 against Mumbai City in their fourth match, the Blues were handed a third defeat of the season by Hyderabad courtesy of an early goal from Bartholomew Ogbeche.

Bengaluru holds the upper hand against Goa in terms of head-to-head records as they have emerged victorious in five of the nine meetings against the Gaurs. Goa has won two of those matches while the other two meetings have ended in draws.

The first meeting between these two teams last season produced a thrilling 2-2 stalemate where Angulo netted a brace for Ferrando’s team while Cleiton Silva and Juanan scored for the Blues. The return leg ended 2-1 in Goa’s favor with Angulo and Redeem Tlang finding the back of the net for the Gaurs. 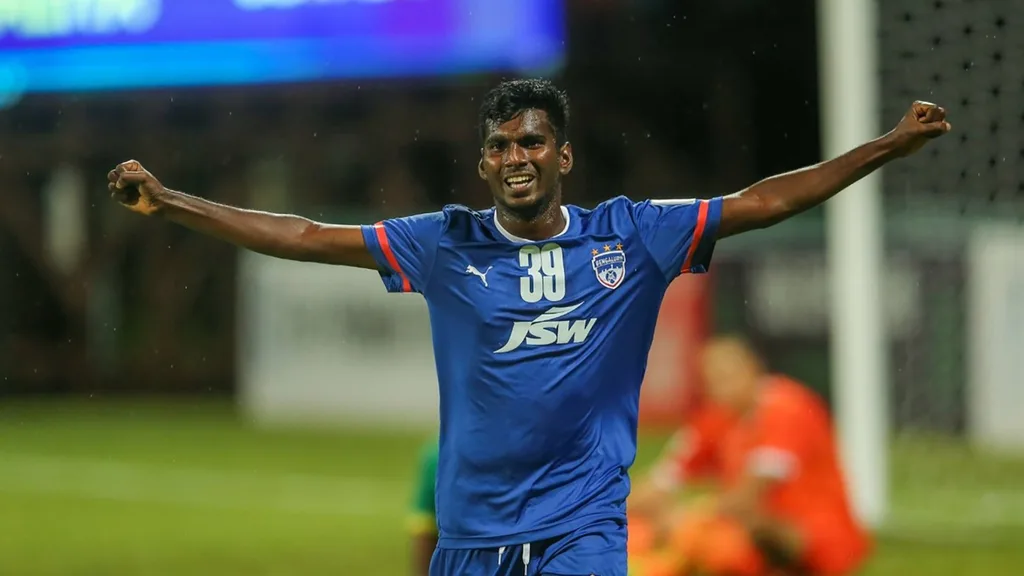 Goa had a tough match defensively whilst they bagged 3 points courtesy of the brilliant forward play and we might see some changes to the 5-man defense fielded by Fernando in the last fixture against East Bengal.

Saviour Gama’s defensive mistakes might see Sanson Periera’s return to the starting line-up and Dylan Fox might come in for Ivan Gonzalez who had a mixed night against the Reds and the Golds.

Pezzaiouli will face an uphill battle whilst naming a formidable starting XI for this match as the Blues have quite a few players including three of their six foreigners on the treatment table.

Hence, the former Eintracht Frankfurt technical director might be forced to field an almost unchanged line-up, barring possibly one change upfront. Edmund Lalrindika failed to trouble the Hyderabad defenders in the last match and could make way for the 20-year-old striker Sivasakthi Narayanan, who scored against Maziya S&RC in the AFC Cup earlier this year.

Bengaluru might have an impressive record against Goa, but they are currently in a precarious situation and will be forced to field a massively weakened team for this match, missing many of their key players. Hence, we predicted a 2-1 win for the Gaurs.