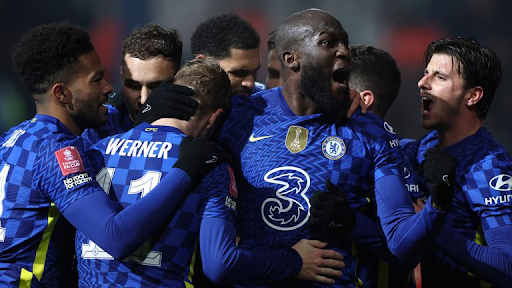 The oldest cup competition is beginning to enter the business end of the 2021 – 2022 season. The FA Cup 5th Round had some interesting matchups like Everton against Boreham Wood (5th division English side.), Antonio Conte’s Tottenham travelled to Middlesbrough and a classic midtable PL header in the form of Southampton vs West Ham.

After a tough test away to Everton, Manchester City faced a side that currently sits at the bottom of the Championship, Peterborough. Despite fielding a really strong eleven the Blues found it difficult to break the rigid and compact Posh’s defense.

The home side managed to frustrate the league leaders for the good part of an hour before City finally broke through. Riyad Mahrez finessed one into the bottom corner to give City the lead.  Jack Grealish soon followed the precedent by slotting in a beautiful ping from Phil Foden.

Patrick Viera’s Crystal Palace managed to shrug off a resilient Stoke City side two goals to one. The Premier League side found it difficult to create meaningful openings in the first half. The Eagles came back better in the second half with clear intent with Zaha and Ollise showing their technical superiority.

Cheikhou Kouyate opened the scoring for the home side but Stoke quickly managed to equalise through Josh Tymon. Jairo Riedewald slotted in the winner in the 82nd minute to send Palace through to the next round. 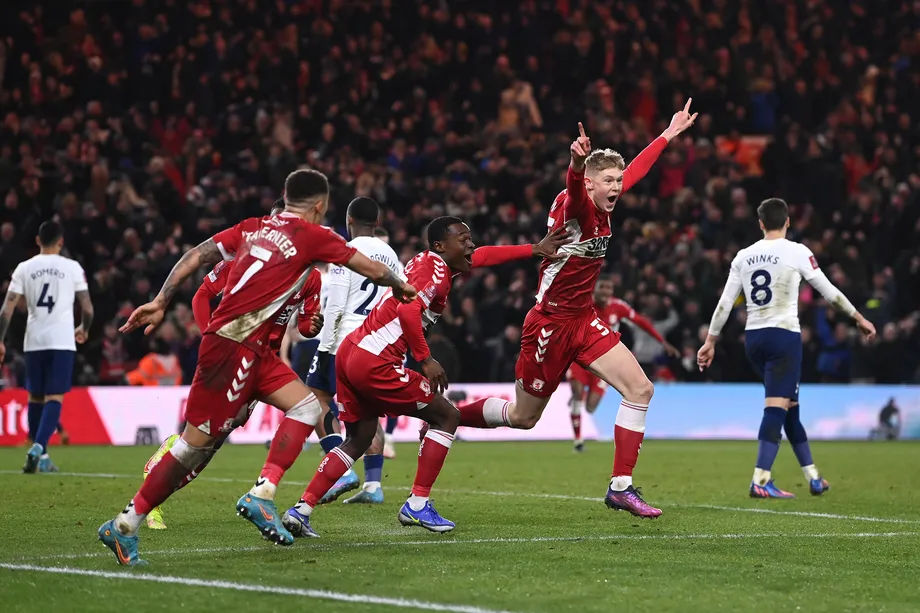 We finally got our first giant-killing of the round as Middlesbrough beat Tottenham Hotspur one goal to none. Chris Wilder’s side went head to head against Antonio Conte’s Spurs and pretty much matched them in possession, shots and shots on goal. It was all square heading into the extra time.

19-year-old Josh Coburn, who came on as a substitute, smashed one into the top corner in the 107th minute to dump Spurs out of the competition.

Southampton carries on with their ultimate home form this season. The Saints are now 12 games unbeaten at the Saint Mary’s Stadium in all competitions.

Against West Ham, the proceedings were started by a Romain Perraud screamer. Michail Antonio, who was lacking goals before this, managed to equalise for the away side.

After a horrid week, losing the Carabao Cup final and the Roman Abramovich saga, Chelsea finally had the opportunity to lift the mood of the fans. To add to the misery, Thomas Tuchel’s side had the worst possible start as Luton Town scored just two minutes after the kickoff.

The home side again managed to get ahead after Saul Niguez equalised for the blues. However, second-half goals from Timo Werner and Romelu Lukaku secured the qualification for Chelsea.

Takumi Minamino continues to impress in the domestic cups after another brace. The newly crowned League Cup winners were back in action against Norwich City. The Canaries stayed in the game till the final whistle. However, the away side could not build after the goal from Lucas Rupp as Liverpool won 2-1.

Some fringe players like Joe Gomez, Origi, Alex Oxlade-Chamberlain, and Minamino were given the opportunity to start. Norwich on the other hand went with a pretty strong starting XI but the likes of Pukki, Rashica, and Rupp were all taken off quickly for the PL weekend. 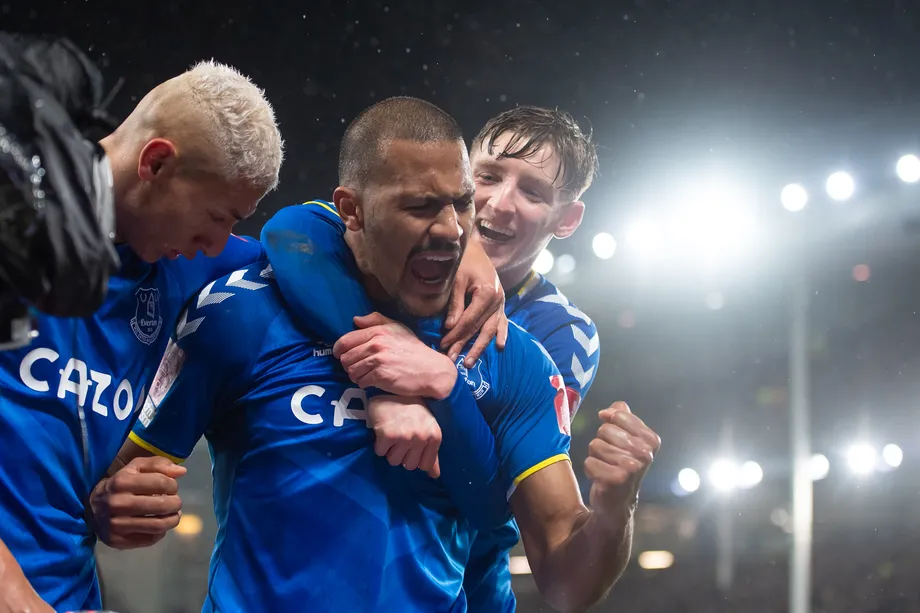 Can Everton count on Rondon to save their season in the absence of Dominick Calvert-Lewin?

After a disappointing loss to Manchester City in the Premier League, Everton managed to get back on track by sealing a place in the FA Cup quarter-finals as Salomon Rondon’s brace ended Boreham Wood’s fairytale FA Cup run.

The fifth-tier side defended with great reliance, heart and managed to stay level at half-time. However, Frank Lampard’s side turned it up a notch in the second half and two goals from Rondon killed any hopes of a potential giant-killing.