England vs Ireland: Preview and Prediction 

The tenth gameday of the 2022 ICC Men’s T20 World Cup brings you a double-header action featuring the European battle between the two biggest cricketing nations of the continent. The home of cricket England will be up against their neighborhood rivals Ireland in the Match No. 20 of the grandest T20 international stage.

The double-header day will be commencing with this throbbing encounter between two European counterparts at the iconic Melbourne Cricket Ground on Wednesday.

England may have won their opening battle with Afghanistan but the high-profile batting unit has been questioned by the critics for almost bottling the chase midway through the game. The Men in Green have a record of performing well in the qualifier stages and crashing out badly in the main event. However, the new-age stars of Ireland cricket are eager to break this stereotype and showcase their mettle to world cricket.

We may not see any changes in the playing lineups of both sides irrespective of the outcomes of their fixtures. Ireland is likely to field the same eleven after spotting the lack of quality available options on the bench. Meanwhile, the depth of the English bowling unit is remarkable and will be utilized in the further stages of the tournament. 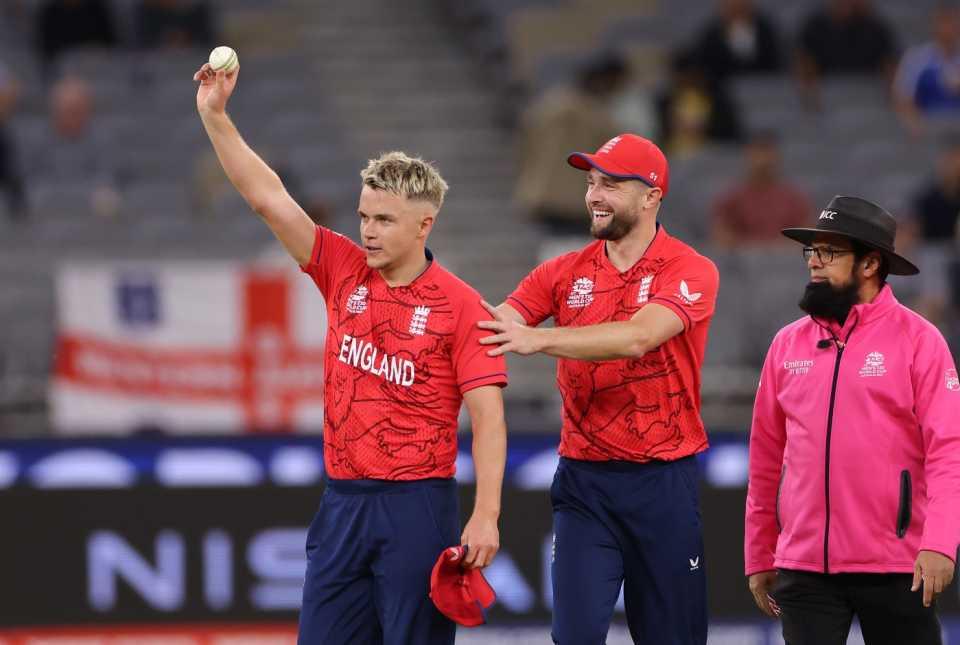 The 2010 World T20 champions kick-started their eighth WC campaign with a thumping five-wicket triumph over the Afghans on Saturday. The Three Lions stumbled in the early stages while chasing the minimal target of 113 but somehow managed to achieve it in the 19th over having five wickets in hand. The star English bowling all-rounder Sam Curran was honored with the Player of the Match award for sending half of the Afghan batting lineup back to the dressing room.

On the other hand, the neighbors of the Three Lions could not sustain their qualifier form to the Super 12 stage and lost the opening fixture against Sri Lanka in a one-sided manner. The Irish batting lineup did not live up to the decision of skipper Andrew Balbirnie to bat first and could post the team total of just 128 on the board. The bowling unit of the Greens also surrendered to the Lankan top-order and eventually lost the game inside 15 overs of the second innings by 9 wickets.

England and Ireland have faced each other only on a single occasion in the shortest format of international cricket and that too 11 years ago. That encounter was staged back in the year 2010 during the ICC World T20 tournament where these combatants came face-to-face in a Group D fixture. Unfortunately, the clash could not be consummated properly due to continuous raid interference and was ended without result.

The Irishmen who were making their only second World T20 appearance stunned the eventual champions by restricting them to 128 at the loss of eight wickets in the first innings. The Irish-born batter Eoin Morgan was the highest scorer from the Three Lions camp scoring 45 off 37 balls at a strike rate of 121.62. Only 3.3 overs in the second innings were accomplished when the rain halted the play and eventually washed it out.

It was a do-or-die fixture for both of them which ended in a one-one point settlement. Ireland missed out on the Super 8 qualification after having the worst Net Run-Rate among all Group D participants. England dodged an upset at Providence, topped their Super 8 group and made it to the champions’ podium later on.

Jos Buttler: The English skipper gained great form right before the start of the mega event after smashing 150 runs in the three-match T20I bilateral series against Australia. However, the 32-year-old could not replicate it against Afghanistan in the previous fixture and got dismissed by Fazalhaq Farooqi after scoring a run-a-ball 18 at Perth.

The Irish bowling has troubled England a lot in recent times and it will be Buttler’s responsibility to step up and play the captain’s innings.

Harry Tector: The 22-year-old stylish stroke maker has become the new poster boy of Ireland Cricket after leading their batting unit ever since his debut in international cricket. 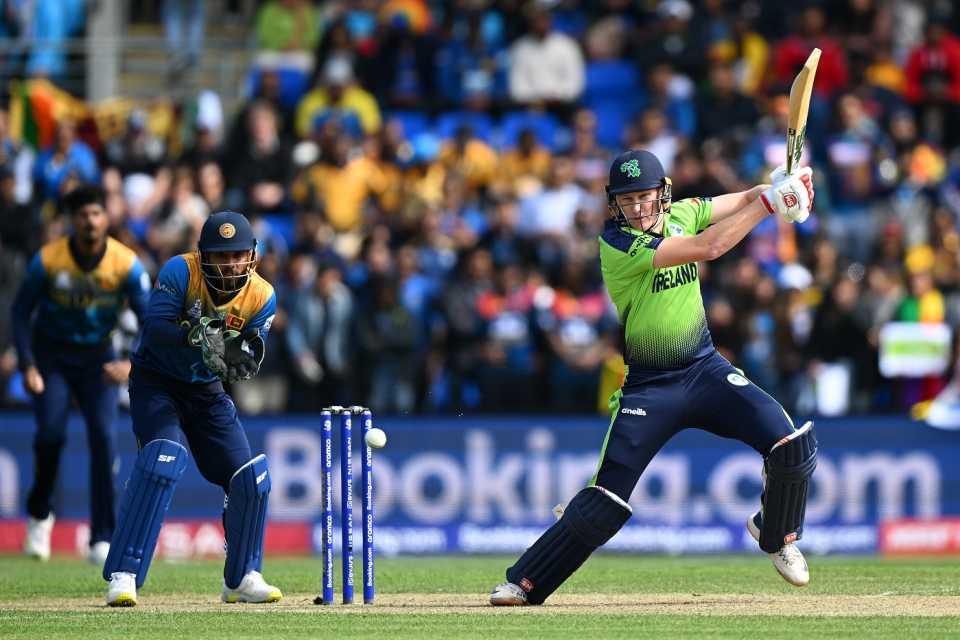 Will the Irish batting sensation be able to restore their form?

Tector also emerged as the top-scorer of the Irish innings scoring 45 runs from 42 balls while batting at number four. The only drawback of the courageous 45-run stand was his strike rate of 107.14 which is not suitable for this fast-paced format.

The Three Lions are favorites to emerge victorious from this encounter and it will only take an upset to defeat them at the moment. Whether it’s a current form or on-paper strength, the Irish Wolves stand nowhere near the standards of the Men in Reds. Team Ireland will have to unite and gather their force to trample down the claim of their neighborhood rivals.