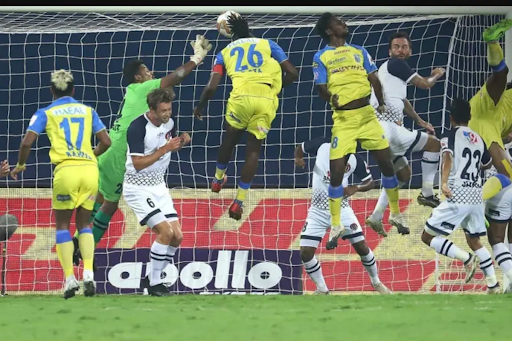 This fixture is yet to produce a winner

Two teams with huge fan bases on their side will compete in the ‘Match 27’ of the 2021-22 Indian Super League season as East Bengal and Kerala Blasters square off at the Tilak Maidan Stadium on Sunday.

Manolo Diaz’s East Bengal are the only team yet to register a win this season as with two draws and three defeats, they are occupying the last position in the standings. On the other hand, Ivan Vukomanovic’s Kerala Blasters are placed at the seventh position having accumulated only five points from their first four matches.

East Bengal fought hard to get a 1-1 draw against Jamshedpur in their first match, but things have taken a grim turn for them ever since. They lost the Kolkata Derby 3-0 and were then handed a 6-4 humbling by Odisha.

The Red and Golds produced a resolute performance against Chennaiyin in their fourth match, managing to restrict the Marina Machans to a 0-0 stalemate, but failed to capitalize on the momentum and lost out 4-3 against Goa in their previous match.

Kerala Blasters started their season with a 4-2 defeat against ATK Mohun Bagan but did well to register consecutive draws against NorthEast United and 2018-19 ISL champions Bengaluru. Slowly finding momentum and gaining confidence on their path, the Tuskers stunned the high-flying Odisha by beating them 2-1 in their last match.

Since their arrival in this competition last season, the Red and Golds have taken on the Tuskers twice, both ending in 1-1 stalemates. In the first meeting, a Bakary Kone own-goal gave East Bengal an early lead but Jeakson Singh restored parity in the 90th minute. Kerala struck first in the return leg via Jordan Murray but it was East Bengal’s turn to score a 90th-minute goal this time around, with Scott Neville rescuing a point for them. 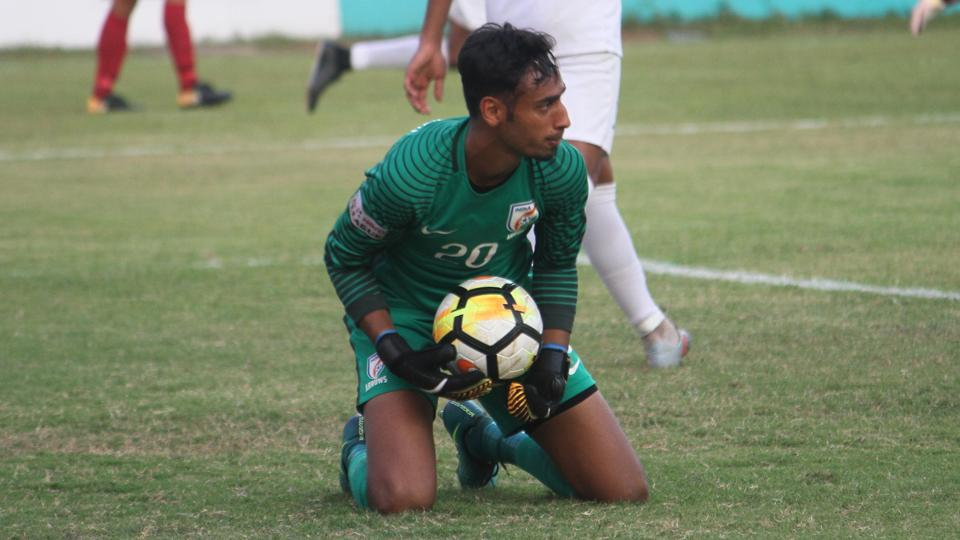 Prabhsukhan Singh Gill might have to guard Kerala’s goal

East Bengal’s right side had a tough time against the Gaurs with Jorge Ortiz and Alberto Noguera running rings around Raju Gaikwad and Tomislav Mrcela. Diaz is likely to replace the duo with Joyner Lourenco and Adil Khan respectively.

By doing so, the former Real Madrid Castilla head coach will be able to free up an overseas slot and can opt for a strike pairing of Antonio Perosevic and Daniel Chima Chukwu which gives ample firepower up-front to test the Blasters defense.

Vukomanovic got his starting XI spot on after three attempts against Odisha and would have preferred holding on to the same line-up for the next few matches, but the former Standard Liege manager might be forced to make one change.

Goalkeeper Albino Gomes suffered an injury and had to leave the field in serious pain and it seems unlikely that he will recover in such a short span. In the absence of Gomes, 20-year-old Prabhsukhan Singh Gill is likely to be Kerala’s last line of defense.

Past results are no measure when looking into the form guide as the Tuskers are on the up consistently improving since the start of the ongoing ISL season as the Blasters are unbeaten in their last three matches. The Red and Golds look completely out of ideas with their new head coach claiming that the squad quality is under-par for the second consecutive season. Hence, we have predicted a 3-1 win for Kerala Blasters in this match.