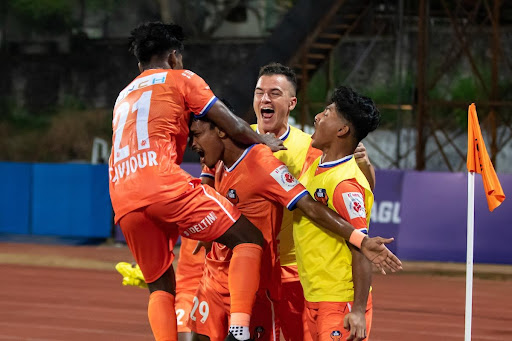 Goa registered their second win of the season as they beat Bengaluru 2-1 on Match 26 of the 2021-22 Indian Super League season at the Athletic Stadium in Bambolim on Sunday.

An own goal from Ashique Kuruniyan put Goa ahead before Cleiton Silva restored parity and Devendra Murgaonkar scored the decisive second goal for Goa to help the Gaurs bag the three crucial points.

Goa head coach Juan Ferrando went with an unchanged line-up from their win over East Bengal in an attacking 3-4-2-1 formation. On the other hand, Bengaluru head coach Marco Pezzaiuoli handed Danish Farooq a start in place of Edmund Lalrindika as Prince Ibara was only fit enough to make the bench for the crucial match.

Jorge Ortiz caused trouble for the Blues from the word go as he delivered two threatening low crosses from the right side of play in the first ten minutes with no orange shirt at the end of it. Edu Bedia headed wide from an Alberto Noguera corner in the 9th minute as Goa mounted pressure on Bengaluru.

Goa rightfully opened the scoring first as the ball ricocheted off an initial Gurpreet Sandhu save to deny Devendra Murgaonkar from the left side before producing the pinball effect that hit Ortiz and then Ashique before the ball hit the back of the net in the 16th minute.

Playing his 100th ISL match, Sunil Chhetri missed from the point-blank range as he was set up for a simple tap-in by Roshan Naorem with a low cross in the 17th minute. The game turned a bit cagey for both the teams after a fiery start as Goa looked threatening in possession but lacked quality in the final third. 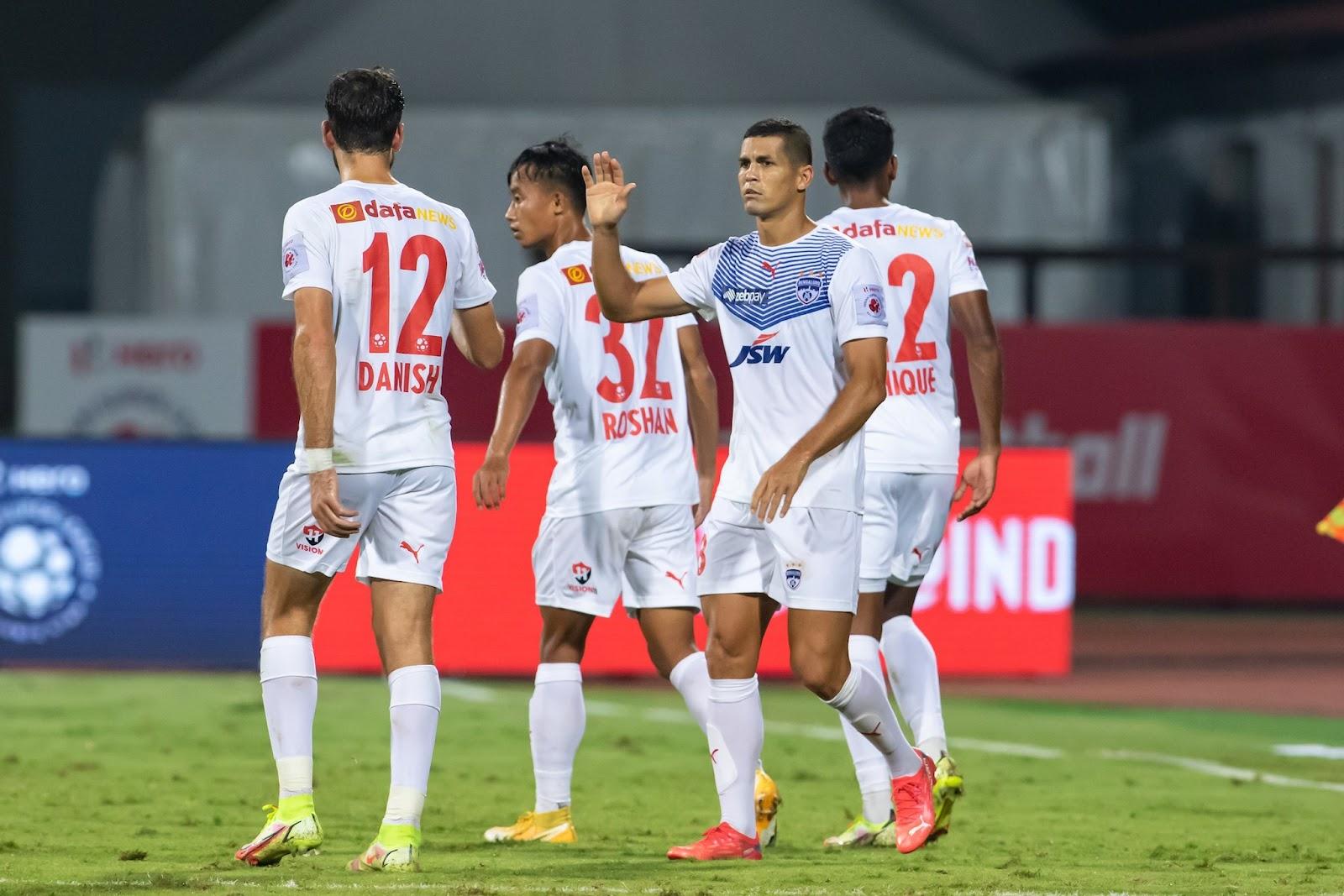 Cleiton Silva scored the equalizer for Bengaluru from a set-piece

Ibara was brought off the bench as a half-time substitute to threaten the Goa backline a bit more in the after-effects of the equalizer. The Congolese striker had an instant impact as he set up Danish Farooq on a platter but the Kashmiri playmaker hit it wide in the 46th minute. Cleiton Silva found Bruno Ramires with a free-header in the very next minute but the Brazilian headed over the Goa goal.

With the momentum on Bengaluru’s side, Goa was down to ten men in the 56th minute of play as Jorge Ortiz impulsively shoved Suresh Singh Wangjam after earning a free-kick and the Spaniard was rightly given the marching orders for an over-the-top reaction.

Ibara had a shot blocked on the turn as he cut in from the right side for the attempt in the 65th minute.

Bengaluru rued their missed chances as 10-men Goa went ahead as Devendra Murgaonkar made it 2-1 from close range after latching onto a header from Ivan Gonzalez. The Spaniard had connected to a Saviour Gama ball to find an unmarked Murgaonkar who just had to beat Gurpreet Sandhu with acres of space around him.

The Blues had 20 minutes to find the much-awaited equalizer but Bengaluru also went down to ten men as Suresh Singh Wangjam was sent off with a second yellow card as the young midfielder brought down Edu Bedia from behind in the 84th minute.

Bengaluru substitute Sivasakthi had a shot blocked in spectacular fashion by Ivan Gonzalez late in the second half to keep the scoreline in favor of Goa. The Blues kept coming with shots on goal in the few minutes of the game but Juan Ferrando’s Goa held on to secure their second win of the season.

Goa leapfrogged Kerala Blasters, NorthEast United, and Bengaluru to go seventh in the league standings while Bengaluru fall to tenth in the table with just four points on board from six matches. Goa will now play Hyderabad on Saturday while Bengaluru faces old foes ATK Mohun Bagan on Thursday.