Chennaiyin vs Bengaluru: Preview and Prediction 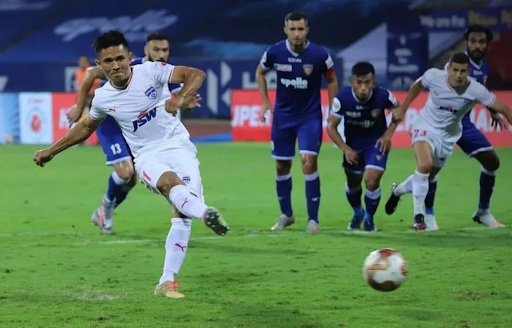 There is not much to separate the two teams

Two former champions who are combating to rediscover their lost glory, Chennaiyin and Bengaluru will face-off in ‘Match 45’ of the 2021-22 Indian Super League season at the Tilak Maidan Stadium on Thursday.

Chennaiyin has had a reasonably decent campaign so far having accumulated 11 points from their 7 outings helping Bozidar Bandovic’s men occupy sixth place in the league standings.

On the other hand, Bengaluru has not been able to get going this season picking up only 6 points from their first 8 matches. Marco Pezzaiouli’s team is without a win in seven matches and is reeling at tenth place, ahead of only East Bengal.

The Bandovic era in Chennaiyin could not have had a better start, as they were unbeaten in their first four matches. The Marina Machans won their first two assignments against Hyderabad and NorthEast United, before securing draws in their next couple of games against the two Kolkata giants, East Bengal, and ATK Mohun Bagan.

Reigning champions Mumbai City ended their streak in the fifth match by handing them a 1-0 defeat, but the two-time champions made a swift comeback with a 2-1 win over Odisha. Having said that, Chennaiyin will not come into this game high on confidence, as Kerala Blasters handed them a 3-0 drubbing in their last match.

Bengaluru also had a good start, as they won their campaign opener against NorthEast United by a 4-2 margin, but it remains their only win of this season to date. Odisha got the better of them in their second match, while in their third outing, they could only get a 1-1 stalemate against Kerala Blasters.

The Southern Derby draw was followed by three successive defeats against Mumbai City, Hyderabad, and Goa but Pezzaiouli has managed to somewhat mitigate the situation by drawing their last two matches against ATK Mohun Bagan and Jamshedpur.

Bengaluru has an upper hand in this Southern Derby, but only by the narrowest of margins. In the nine meetings between these two sides, the Blues have emerged victorious on four occasions compared to Chennaiyin’s three triumphs while two matches have ended in stalemates.

The Blues won the first meeting of the last ISL season by a 1-0 margin where Sunil Chhetri converted from the penalty spot. The second meeting was not a pleasing watch for the spectators as it produced a 0-0 draw. 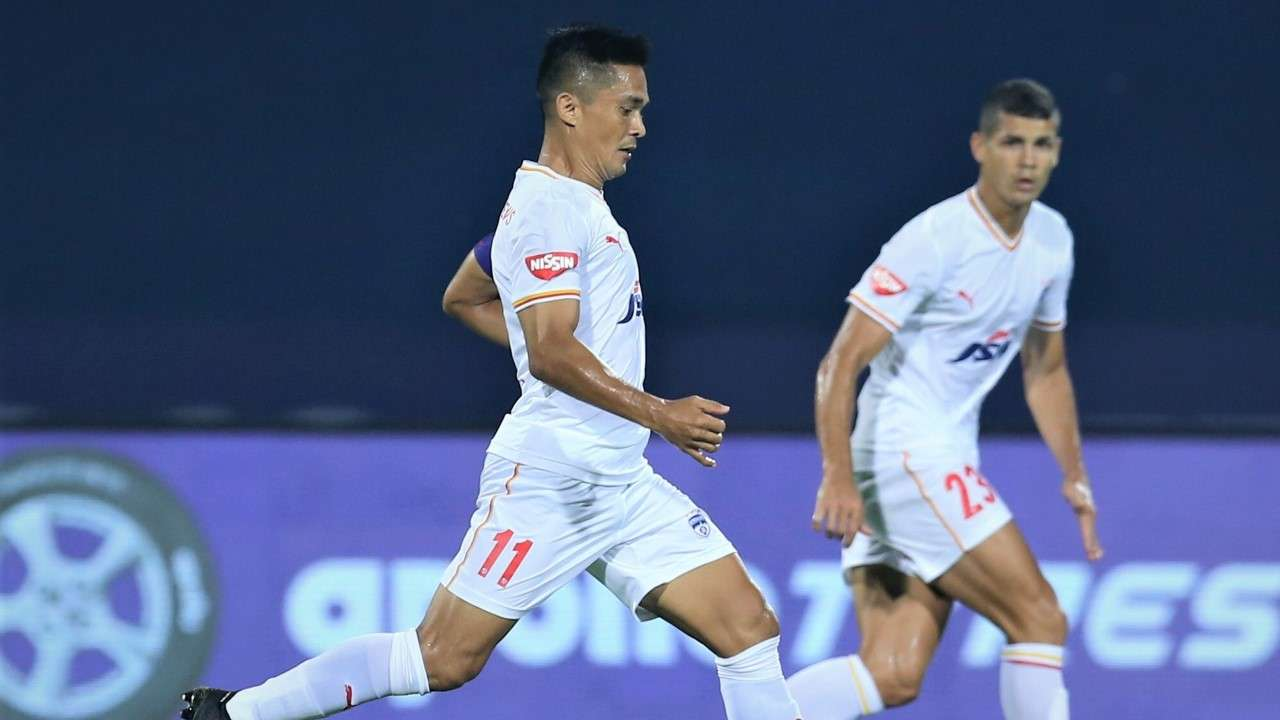 Pezzaiouli could use both Sunil Chhetri and Cleiton Silva upfront

After a horrendous display against the Tuskers, we can expect Bandovic to make a few changes to his starting XI. Though Vladimir Koman has arguably been Chennaiyin’s best player of the season so far, he was ineffective against Kerala Blasters.

The former Olympiacos manager can play Ariel Borysiuk in the defensive midfielder role instead, while Salam Ranjan Singh and Jerry Lalrinzuala can join Slavko Damjanovic in the three-man backline. Lallianzuala Chhangte could be used in a withdrawn wingback role, while Lukasz Gikiewicz can be paired up with Mirlan Murzaev in what will be an all-overseas attacking line.

The inclusion of Suresh Singh in the starting XI against Jamshedpur helped Bengaluru strengthen their defense and midfield but they lacked intensity in the attack. Udanta Singh could not justify his selection and might have to make way for Jayesh Rane.

Danish Farooq Bhat, who was Bengaluru’s hero against the Mariners, could hardly have any influence over the proceedings against the Red Miners as well and he could possibly make way for Sunil Chhetri, which will allow Pezzaiouli to use a 4-3-3 formation.

While Chennaiyin has certainly been the better team this season, Bengaluru showed grit and resilience to grind out draws in their last two matches. With the head-to-head statistics being neck-and-neck as well, we have predicted a 1-1 draw for this match.