Bengaluru and East Bengal are yet to get going in the 2021-22 season of the Indian Super League and they will lock horns in ‘Match 49’ at the Athletic Stadium on Tuesday.

2018-19 ISL champions and the erstwhile number one contender for the title, Bengaluru is looking like a shadow of their glorious past. Having accumulated only nine points from as many matches, they are laboring at eighth place in the league standings.

On the other hand, East Bengal has had a nightmarish start to its campaign as the Torchbearers are the only team yet to register a victory and are placed at the bottom of the table. They will be hoping for a new dawn under the tutelage of Mario Rivera who will take charge of the team after their match against reigning champions Mumbai City.

Bengaluru started with a 4-2 triumph over NorthEast United but then embarked on a run of five winless matches. Marco Pezzaiouli’s men lost four of those games against Odisha, Mumbai City, Hyderabad, and Goa while they could only secure a 1-1 draw against Kerala Blasters.

Having said that, the Blues have shown signs of improvement in their last few matches. They defeated Chennaiyin by a 4-2 margin in their last match, while the two outings prior to that against Jamshedpur and ATK Mohun Bagan also ended in draws.

East Bengal’s second season in ISL commenced with a 1-1 stalemate against Jamshedpur. It was followed by two consecutive defeats against arch-rivals ATK Mohun Bagan and Odisha but the Red and Golds bounced back with a 0-0 draw against Chennaiyin.

Like their first four encounters, the Kolkata-based team has drawn two and lost as many of their last four ties. They have registered 1-1 stalemates against Kerala Blasters and Hyderabad whilst succumbing to defeats against Goa and NorthEast United.

These two clubs have crossed paths twice in this competition with both of those matches played behind closed doors due to Covid-19 restrictions.

The first encounter ended 1-0 in East Bengal’s favor courtesy of a first-half strike from Matti Steinmann. However, Bengaluru avenged the defeat with a 2-0 triumph in the return leg where Cleiton Silva opened the scoring for the Blues before East Bengal’s former custodian Debjit Majumder netted an own goal. 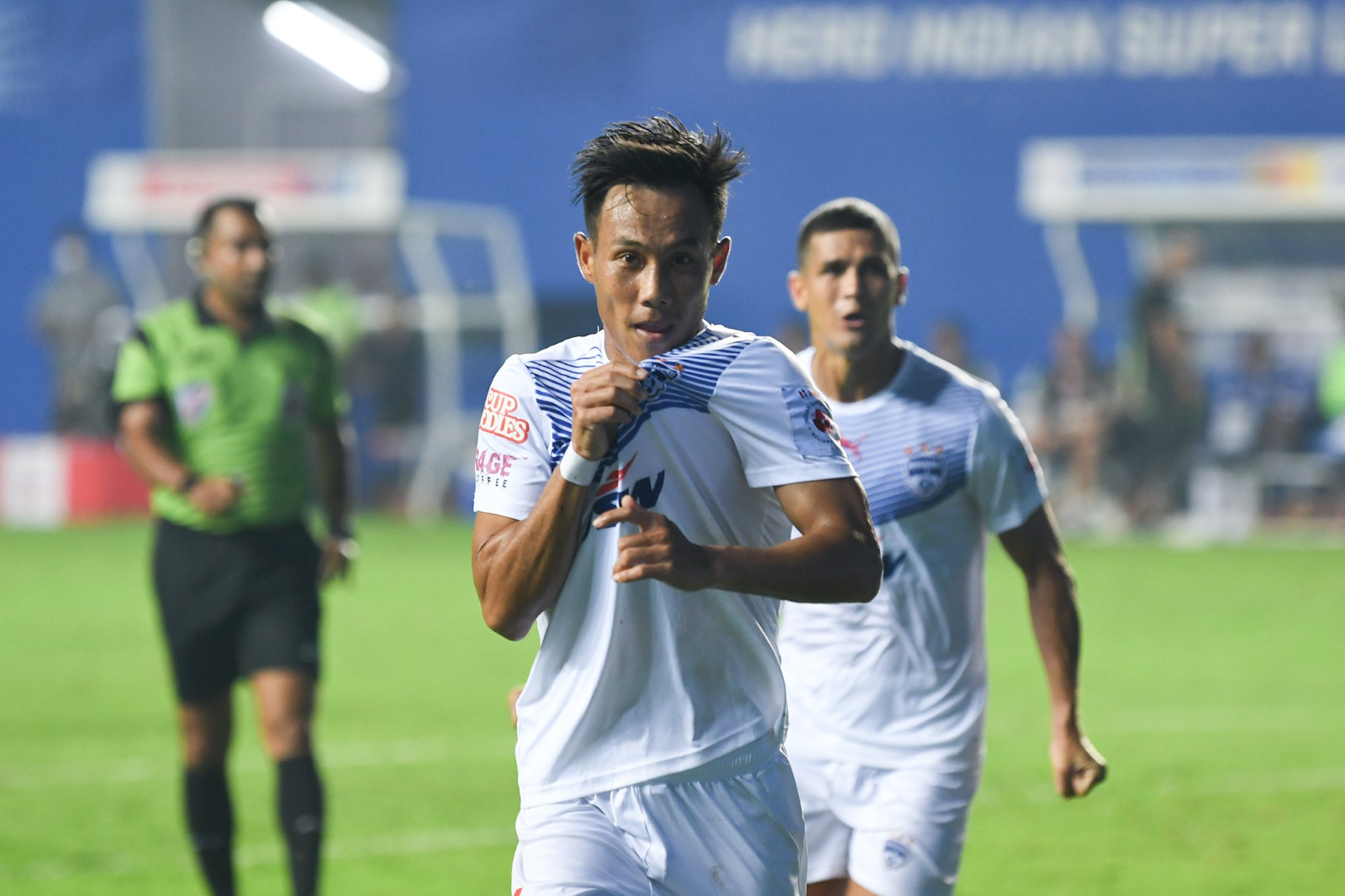 Udanta Singh could regain his place in the Bengaluru starting XI

The decision to ditch the conservative 4-2-3-1 formation for a more flamboyant 4-3-3 set-up against Chennaiyin turned out to be a masterstroke by Pezzaiouli as his team scored 4 goals. Almost everyone from last match’s starting XI is likely to retain their place barring a couple of players possibly.

Right-back Ajith Kamaraj had a day to forget against Mirlan Murzaev and he could make way for the more experienced Pratik Chaudhari. Udanta Singh came in as Ajith Kumar’s replacement and turned the game on its head against the Marina Machan and is likely to feature from the start replacing Ashique Kuruniyan in the starting XI.

A 1-1 draw against a high-flying Hyderabad side is certainly a positive result for East Bengal and they are unlikely to make too many changes to their starting XI. However, interim head coach Renedy Singh could switch the formation from 4-1-4-1 to 4-1-3-2.

Amarjit Singh Kiyam could hardly make an impact against the Nizams down the right flank as he failed to create a single chance and got only 29 touches of the ball. By dropping him to the bench, Renedy can pair Daniel Chima Chukwu with a member of Bengaluru’s 2018-19 ISL winning squad – Thongkhosiem Haokip.

It seems as if Bengaluru is finally getting a move on and they could extend their unbeaten streak to four matches if they come out unscathed against East Bengal. Hence, we have predicted a 2-0 win for the Blues.