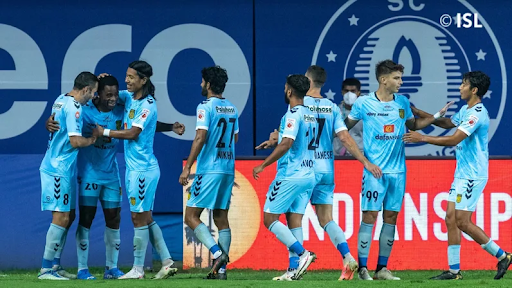 Hyderabad has claimed pole position with this win

Hyderabad handed East Bengal a 4-0 drubbing in ‘Match 70’ of the 2021-22 Indian Super League courtesy of a Bartholomew Ogbeche hat-trick while Aniket Jadhav scored the other goal.

On the other hand, Hyderabad head coach Manolo Marquez made two changes to the team that drew 1-1 against Chennaiyin. Nigerian marksman Bartholomew Ogbeche returned from suspension to take up Edu Garcia’s place, while Juanan made way for Hitesh Sharma.

The Nizams dominated proceedings right from the start and came close to scoring in the 9th minute, courtesy of a Joao Victor free-kick. East Bengal’s custodian Arindam Bhattacharja parried the shot away into a dangerous area where four blue shirts were lurking to tuck home the rebound, but it did not fall for any of them.

Four minutes later, Souvik Chakrabarti audaciously attempted an Olympic goal, but Arindam came to East Bengal’s rescue once again. Hyderabad eventually broke the deadlock four minutes later through another Chakrabarti corner as the Kolkata-born player’s curling delivery met the head of Ogbeche whose effort struck Thongkhosiem Haokip. Despite the deflection, the header was directed straight at Arindam who made an absolute mess of what should have been a routine save and ended up pushing the ball into his own net.

The talismanic frontman could have doubled the lead for Marquez’s team almost immediately when he received a pass from the left flank by Javi Siverio in a threatening area, but his effort went blazing over the crossbar.

The flow of the game changed post the hour-mark, as East Bengal took control of the tempo and came agonizingly close to scoring the equalizer in the 40th minute. Mohammad Rafique’s free-kick was flicked on towards the goal by Haokip, and while the initial effort was punched away by Laxmikant Kattimani in the Hyderabad goal, Perosevic’s attempt from the rebound was cleared away from the goalline by Victor.

It turned out to be a costly miss, as in the next five minutes, Hyderabad not only doubled but tripled their lead. In the 44th minute, a horrendous clearance attempt from Adil Khan set Ogbeche free, who rounded past Arindam before subtly placing the ball into the net. Barely a minute later, Aniket Jadhav received a Hitesh Sharma pass from the deep and tried his luck out from the left flank, finding the bottom corner with a precise effort.

With his team lacking the quality needed to split open a resolute Hyderabad defense, Rivera tried injecting fresh legs by bringing on Marcelo Ribeiro and Hira Mondal. Despite the substitutions, the first major chance of the second half fell to Hyderabad. 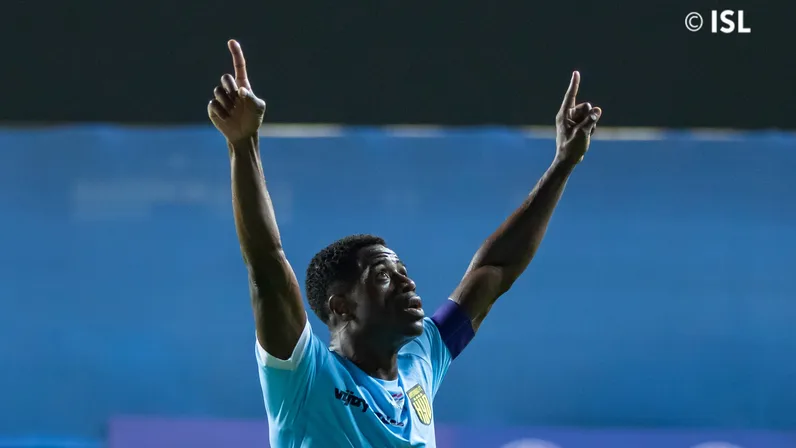 A flicked header by Ogbeche in the 62nd minute found Siverio free with only Arindam to beat, but the youngster dragged his shot wide. The duo combined once again in the 74th minute, but this time around, the move did have an end product. Siverio’s initial attempt was blocked by Adil but like a true ‘fox in the box’, Ogbeche was at the right place at the right time to tuck home the rebound and complete his ‘perfect hat-trick.’

The Red and Golds got a penalty in the 84th minute when Marcelo claimed he had been fouled inside the box by Victor but replays exposed the Brazilian’s acrobatic dive and justice was served as Franjo Prce’s penalty was saved by Kattimani.

Hyderabad has climbed to pole position with this win and will now take on Odisha on Thursday, while East Bengal has once again gone down to the bottom place and will face ATK Mohun Bagan in the Kolkata Derby on Saturday. 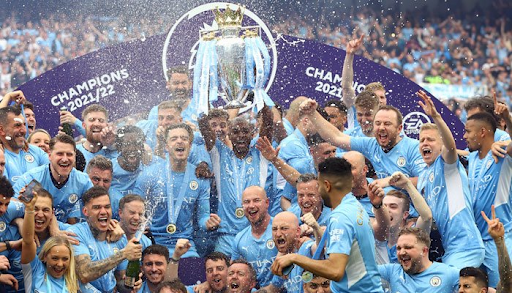