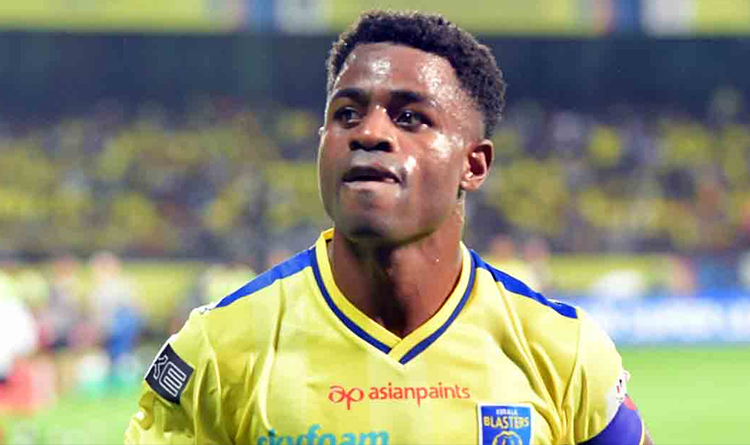 On Thursday, Mumbai City FC confirmed that they signed striker Bartholomew Ogbeche on a year-long deal. The Nigerian star will be playing for the Islanders in the Indian Super League (ISL) season 2020-21.

Ogbeche has previously played for Kerala Blasters and NorthEast United.

The Indian Super League (ISL) is set to begin in November 2020. The clubs are almost done completing their teams with new domestic and overseas signings. Mumbai City FC welcomed the Nigerian star to be a part of the club for the seventh season of ISL.

The player has significant experience playing in the ISL when he represented NorthEast United FC in 2018 and netted 12 goals in 18 matches. In the last ISL season, he played for Kerala Blasters and scored 15 goals in 16 games. He easily made it to the top goal-scorer division.

The 36-year-old started with Lobi Stars in Nigeria, and at the age of 17, he made his first debut at the Frech Giants in 2001-02. Having played in several countries like the UAE, France, Spain, England, Greece, and the Netherlands, Bartholomew is an international player.

Upon joining the club, Bartholomew said he is happy and excited to be a part of Mumbai City FC. The squad’s quality and the mixture of young and experienced players speaks volumes about its ambitions. Talking about Mumbai City FC’s head coach Sergio Lobera, he said the coach’s positive and free-flowing approach goes well with his playing style. He is looking forward to getting started with his new family, Bartholomew concluded.

The head coach Sergio Lobera said, he has observed Bartholomew’s game in the last two ISL seasons and can say that Bart is a class player. With his experience, he can contribute to the club and the team extensively, said Sergio.

Bartholomew is a terrific goal scorer and can be a role model for the squad’s young players, Sergio Lobera concluded.