ATK Mohun Bagan manager Antonio Lopez Habas started with the same XI players from the first two matches as the Mariners enjoyed the perfect start to the season with convincing wins against Kerala Blasters and arch-rivals East Bengal.

On the other hand, Mumbai City head coach Des Buckingham made a couple of changes to the team that lost 3-1 to Hyderabad. Mohamad Rakip and Raynier Fernandes made way for Mandar Rao Dessai and teenage forward Vikram Pratap Singh.

The Mariners tried to break the shackles in the first minute of play with Manvir Singh darting down the right-wing before delivering in a sub-standard cross.

In the 4th minute, Bipin Singh was in acres of space and delivered a low cross met by Vikram Pratap Singh at the far post. The 19-year old squeezed the ball between Amrinder Singh’s legs scoring his first ISL goal in his first-ever ISL start.

In the 25th minute, Cassinho opened his bag of tricks and skills and laid the ball to Bipin who once again turned the creator for Vikram as the ball ricochet off the youngster’s hand before crossing over the goal-line. The referee didn’t see the encroachment and allowed the goal to stand making the India U-23 forward the youngest player to score a brace in the ISL as he bagged two quick goals to help the Islanders continue their domination over the Mariners. 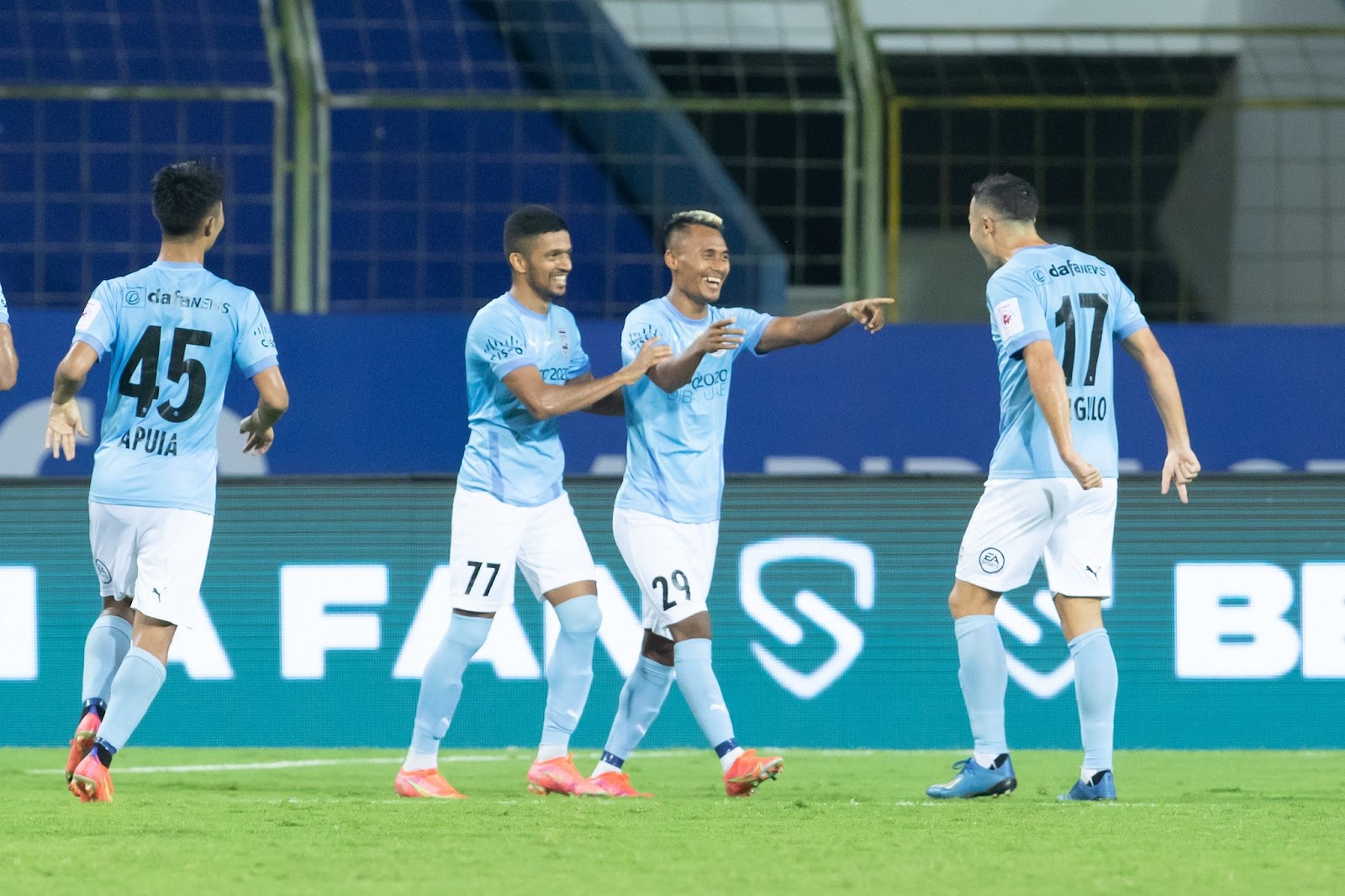 Before Habas’ side could get over the dismay of the second goal, Mumbai City made it 3-0 courtesy of a well-worked move between three former Goa players. Recycling an unsuccessful corner routine, Dessai lobbed the ball in the danger area for Mourtada Fall who headed it down to the unmarked Igor Angulo and the Spaniard tapped the ball in the back of the net.

The Mariners were expected to start the second half with purpose and ignition but Deepak Tangri got himself sent off after just 10 seconds following through with his left arm on Pratap Singh in frustration.

Down to 10 men, the Kolkata-based side immediately conceded the fourth goal as Ahmed Jahouh found the towering figure of Fall in the penalty box and the central defender planted his header in the back of the net.

Having played a supporting role in the first two goals, Bipin was sent in through on goal courtesy of a brilliant through ball from Angulo, and the Indian international shot the ball in the net with a powerful drive.

In the 56th minute, Jahouh tried to set up another goal as his brilliant 60-yard pass was received by Amey Ranawade and his former skipper Amrinder Singh made a commendable save after conceding five goals on the evening. 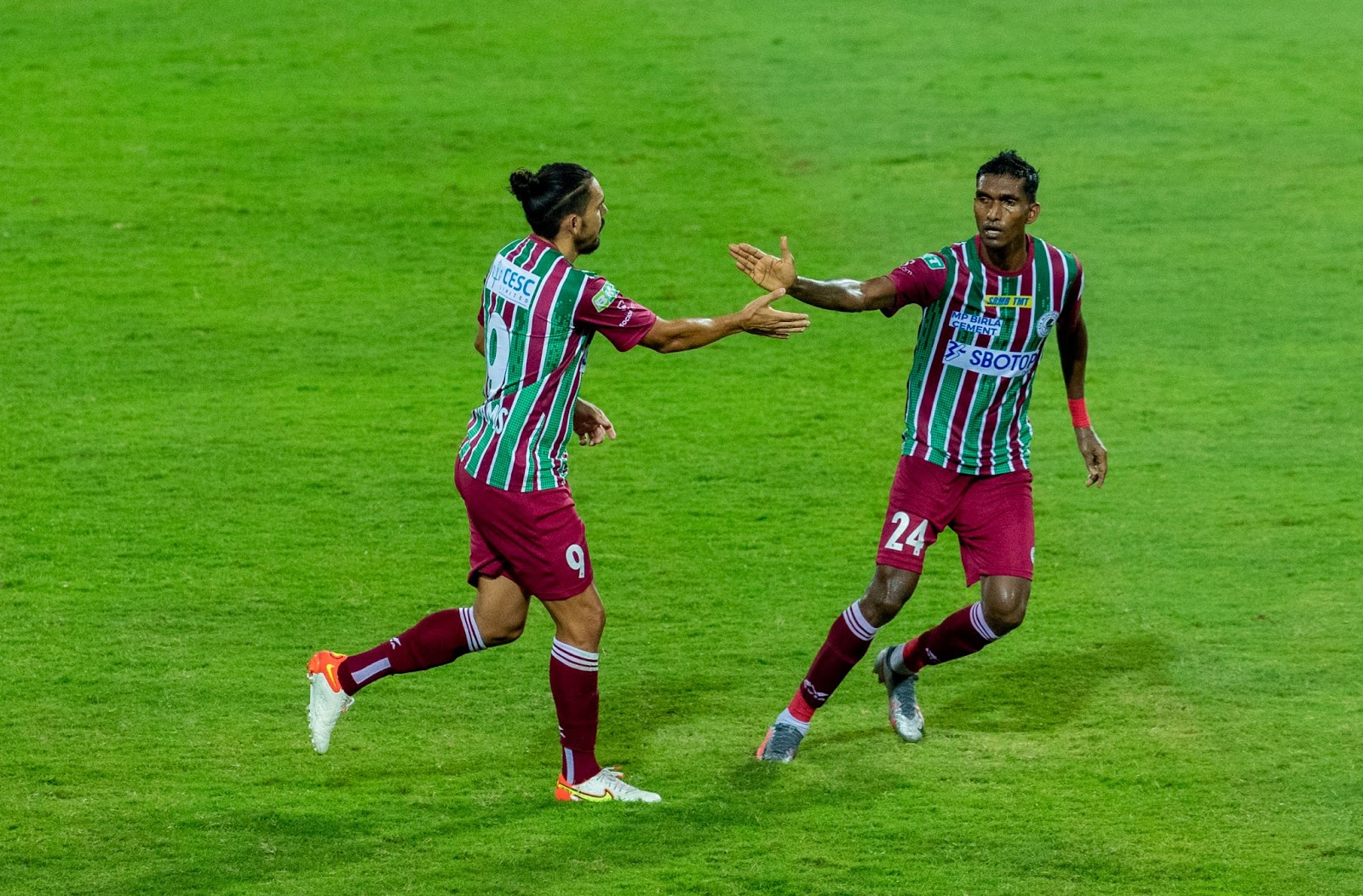 After reliable defending throughout the evening, a poor pass inside their own half by a Mumbai City defender gifted substitute David Williams an opportunity to pull one goal back, and the Australian striker rifled the ball past Mohammad Nawaz from 30 yards.

After a soul-sucking defeat, the Mariners will try to pick themselves up and face the high-flying Jamshedpur on Monday whilst the defending champions face Bengaluru in the late kick-off on Saturday.