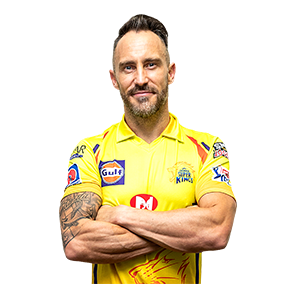 Faf du Plessis is a South African cricket player who has easily managed to have a great time in the world of cricketing, whether being a captain or a batsman. He was born in Pretoria in South Africa on 13 July 1984. Plessis is a right-handed batsman and a right-arm leg-break bowler.

He usually plays in the middle playing order and plays a significant role in that playing order for the team. He has achieved several great records in his cricketing career, like Player of the Year in 2019, second-highest individual score by a South African cricket player, etc.

Plessis is a consistent player for the South Africa cricket team and has performed exceptionally great with several records as a batsman and a captain. He made his first Test debut at Adelaide against Australia in 2012. Plessis scored 78 runs and 110 runs in two different innings, but the match ended in a draw.

Plessis started his IPL career in 2011, Chennai Super Kings bought him for the team, and he showcased great performance, where he scored 398 runs.