Tundra Esports swept Team Secret in the grand final on Sunday to win The International 2022 in Singapore. The London-based team received nearly $8.5 million for coming out on top to claim the prestigious Dota 2 championship and Aegis of Champions trophy.

Tundra Esports won pretty convincingly as they swept off fellow top contenders Team Secret by a 3-0 scoreline. Throughout the three matches, Tundra showed off their wide hero pool, which gave them the upper hand against the opponent’s picks and bans in the drafting phases.

In the best-of-five grand final, Tundra Esports opened with back-to-back 40-minute wins on red and emerged victorious with a 45-minute victory on the green.

Saksa said, “It doesn’t feel real, I’m still trying to understand what happened in my mind, I can’t even believe it. I want to thank everyone for coming here, supporting us, and watching the Grand Final.”

Sneyking said, “We wouldn’t be here without you guys. Shoutout to everyone who has supported us along the way!” Earlier Sunday, Team Secret advanced to the final showdown with a 2-1 defeat of Team Liquid in the lower bracket final. Secret sandwiched 28-minute and 38-minute wins on the green around Liquid’s 40-minute win on the red.

Tundra Esports finished on top of the table in the Group B bracket, and they quickly became one of the fan favourites to win. The Grand Final took place against the European esports team, Team Secret. Tundra won the best of five matches in a clean 3-0 sweep. The first game was swift, with Tundra dominating their opponents with a fortified style of play. Team Secret consistently improved. 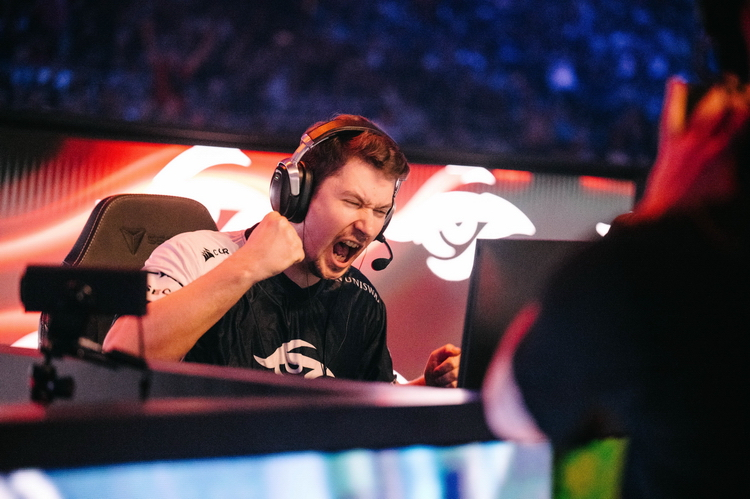 However, the team was still no match for the undefeated and unstoppable Tundra. In the third game, Team Secret took the lead but left themselves open, allowing Tundra to take back the game.

According to the reports from ONE Esports, this win for Tundra Esports is also a significant milestone for many of the team’s players. For mid-laner Leon “Nine” Kirilin and Oliver “skiter” Lepko, winning TI 11 made them “royal roaders”, or players who took the top spot in their first The International Entry. This is also the second time that the International grand final ended in a clean sweep, with the last one happening back in TI 7.

The International 2022 is a significant event in the esports calendar. The entire event, from qualifiers to the Grand Final, takes place over three months and is played on one of the biggest games in the world, Dota 2.

The finals took place in Singapore and started on October 15th. The Grand Final took place on October 30, in front of a live audience for the first time in two years. In total, 20 teams competed, with Tundra Esports taking home the win. The total prize pool was over USD 17m  and the first prize was USD 8.5m.

The prize pool is funded by fans, and the first prize surpasses that of Wimbledon and the Rugby World Cup. Tundra Esports was the underdog, defeating the reigning champions with a consistently strong performance throughout and not losing a single game throughout the tournament.  The following is how The International 2022 prize pool was distributed amongst the teams:

Beyond the esports side of things, Valve also took the opportunity to announce a new Hero, a new character for Dota 2, known as Muerta. The character takes obvious inspiration from the Mexican Day of the Dead celebration, which is fitting considering the proximity of both the festival and The International 2022 tourney to Halloween. For context, the Day of the Dead is traditionally celebrated on November 1 and 2.

Beyond her visuals and name, not much else is known about Muerta, so it’s unclear what her character archetype or role will be like in Dota 2. But for what it’s worth, Valve says that she will be released in early 2023, and the company is likely to drip-feed more information on her in the meantime.