Team Spirit take home a record $18m prize after beating PSG.LGD in the final of the biggest Dota 2 tournament 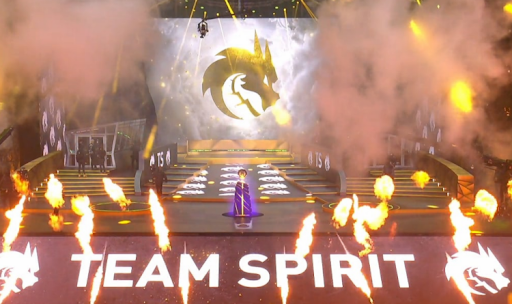 Team Spirit defeated PSG.LGD in the Dota 2 Grand Final of the jubilee International 10 (2021). The meeting ended 3-2. The Russian team earned over $18.2 million for the victory.

TSpirit took an early 2-0 lead, but the Chinese team managed to get back into the game by taking the next two maps. The winner was decided in the decisive fifth game, where PSG.LGD were beaten by a score of 29-12.

Both squads made it through to the play-offs from Group B. Spirit lost to Invictus Gaming in the first round of the Winners. In the lower seeding, Yaroslav “Miposhka” Naydenov’s team defeated Fnatic, OG, Virtus.pro, IG and Team Secret. On the way to the decisive match LGD defeated T1, VP and Secret.

Miposhka, the captain, spoke emotionally after the game:

“All thanks to our manager – korb3n. He put this team together, invited me to an already strong pack. All thanks to hard, hard work. Before The International 10 we had a bootcamp – the hardest one of my career. I don’t know, it just happened. Thanks to all the fans who supported us even before the tournament started. Many wrote to me and wished us luck, saying they believed in the team. Thank you all.”

“I don’t know, I don’t know what to say at all. I guess we’ll think about the future later. I don’t know what we’re going to do next. Maybe someone will even end their career – you can’t be sure here. We won such a big sum of money – do we even need to play Dota after that [smiles]?”

– he said talking about the future.

Ayrat “Silent” Gaziev’s men earned $3.5m each for their victory from a total prize pool of $40m.

All winners of The International:

The International 10 took place from 7 to 17 October in Bucharest, Romania. The prize pool has become the largest in the history of cybersports competitions. Also, the maximum online viewership for all broadcasts of The International 2021 Grand Final with Spirit and PSG.LGD exceeded the 2.7 million viewers mark.