Overwatch League Summer Showdown: All You Need to Know 

Things are heating up in the Overwatch League as the Summer Showdown regional tournaments get underway from September 9 to September 11.

The top four teams in the East will participate in an online double-elimination bracket, while the Toronto Defiant is hosting the top eight teams in the West from September 8 to September 11 for the first-ever live event in Canada.

Here are the teams that have qualified from the regions:

Every tournament is important in the Overwatch system. However, the Summer Showdown holds more weight considering the impending reality of postseason math. This will be the last full tournament of the 2022 season. The next cycle is the Countdown Cup, and those qualifier matches will act as a setup for the playoffs rather than as a standalone bracket.

The teams will have to fight harder to enter each region’s top echelon. With league points and possible post-season success on the line, the Summer Showdown is guaranteed to be cut-throat and entertaining.

Matches will be similar to the Summer Showdown qualifiers, with the tournament running on the same Overwatch League-specific patch of Overwatch 2 and with the same map pool. The only difference in Summer Showdown comes in the selection of maps and the number of wins required to take the trophy for some of the matches.

The higher seed amongst the teams will get to select the first map in every series. After that, the losing team gets to select the next map in the series, giving them a slight advantage if they play their cards right.  All matches will be the usual Overwatch League first-to-three setup. Although, the grand final on September 11 in each region will be the first-to-four series. 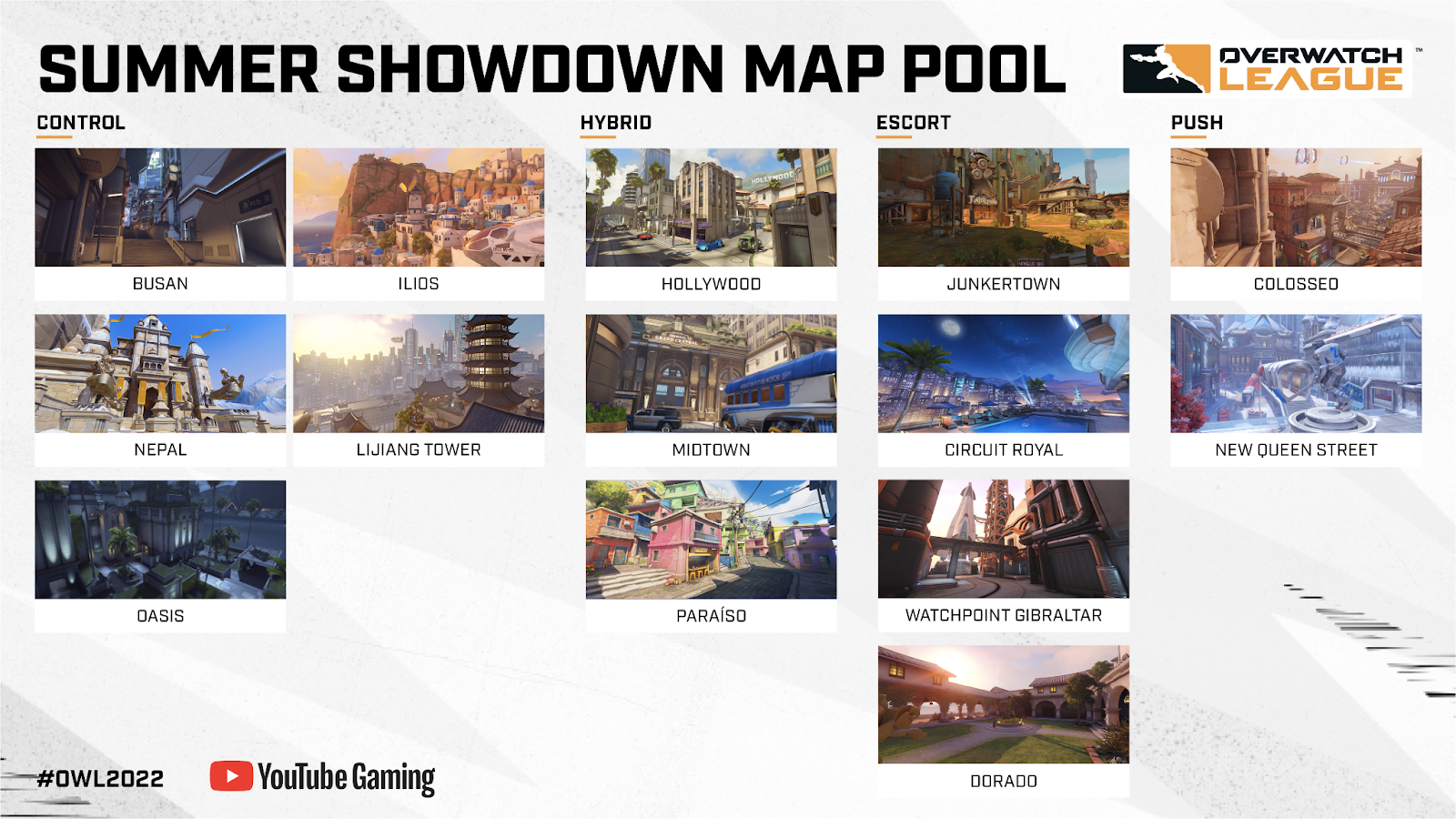 The map pool for the Summer Showdown tournament cycle

The map order for all the qualifier matches will be based on control, hybrid, escort, push, and control, with escort and push being used for additional tie-breakers if necessary. Here is the map pool for the Summer Showdown tournament cycle:

The Summer Showdown champion of the West Region will take home $75,000 and, possibly, more importantly, a whopping three League Points. The East Region’s champion will earn $50,000 and three league points, as well. The full prize pool can be found below.

The West Region kicks off the tournament with the match being played between the first-seeded, Dallas Fuel, and Washington Justice at 1 PM CT on September 8.

East Region games will begin at 5 AM CT on September 9 with the Shanghai Dragons going up against the Guangzhou Charge. The Seoul Dynasty and Philadelphia Fusion will battle immediately after.