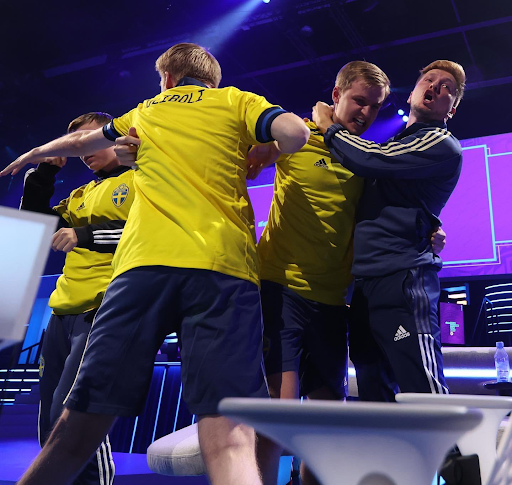 Day three of the FIFAe Nations Cup 2022 concludes with the announcement of the final four nations that will compete for the ultimate glory at Copenhagen’s Bella Arena. The semi-finalists, Italy, Brazil, Sweden, and Poland—will compete on the biggest stage of all in front of a packed room of FIFAe fans.

The first round-of-16 matches took place between Denmark and Israel, Argentina and Canada. The tension was high in the room, and it just gave an initial taste of how intense the knockouts were going to be. The first goal of the day was scored by Denmark, who then went on to win and proceed to the quarter-finals. Argentina was trailing against Canada in the first leg but turned over a one-goal deficit in leg two to maintain their unbeaten tournament run and join the host team in progressing to the quarters.

The following round pitted Brazil against Spain and Portugal against England. Brazil was inconsistent throughout the group stage but managed to defeat Spain, which could not replicate their group stage performance. Brazil advanced with a 2-1 win. In the other game, England was in the lead early on in the second leg against Portugal. However, Tuga810 and Diogo fought back and got Portugual to come back from behind and clinch the win in the last moments of the game. The match ended with a 2-1 scoreline for Portugal.

Italy was the next team to progress to the quarterfinals after defeating Germany rather easily, as they breezed past them with a 5-0 scoreline. Sweden defeated the Netherlands 3-1 after dominating both legs and advancing to the quarter-finals.

The last two nations to join the final eight in the quarter-finals were Poland and France, after sending home the UAE and Mexico, respectively. France, the defending champions, dominated Mexico and breezed past them with a 3-0 score, while Poland scored three goals to secure their quarter-final spot. The UAE pulled back, but it was not enough.

The final scores of Round of 16:

The first quarter-final of the FIFAe Nations Cup 2022 took place between the home nation, Denmark, and a resurgent Italian side. Italy took the lead five minutes into the game. Denmark equalised with a long-range effort to end the first leg with both teams sharing the spoils.

In the second leg, Denmark picked up the momentum early on, but Italy slowly started dominating and found the back of the net after Denmark’s off-chance mistake. Denmark made a substitution and equalised again after a deflected goal, which forced the game into extra time. Eventually, the Azzuri prevailed and knocked out the home team in front of a packed room of disappointed fans.

Brazil was up against the defending FIFAe Nations Champions in the second quarter-final of the day. The match brought some free-flowing attacking football, which was a treat for the on-looking fans.

Within 20 minutes of the game, Brazil took an early lead in Leg One. France hit back to equalise in the second half of the game. The Brazilians worked together to create a goal that eliminated the current title-holders of the FIFAe Nations Cup.

The third quarter-final saw Sweden face off against Argentina with their sights on the semi-final spot. The first leg was a quiet one. There were hardly any chances created by either side, and the two little chances that took place couldn’t be converted.

At full-time, the match ended goalless. Eventually, it came down to the wire in the FIFAe Nations Cup quarter-final between Argentina and Sweden. The match headed into penalties, where Sweden finally clinched the semi-final spot with a 5-4 win. 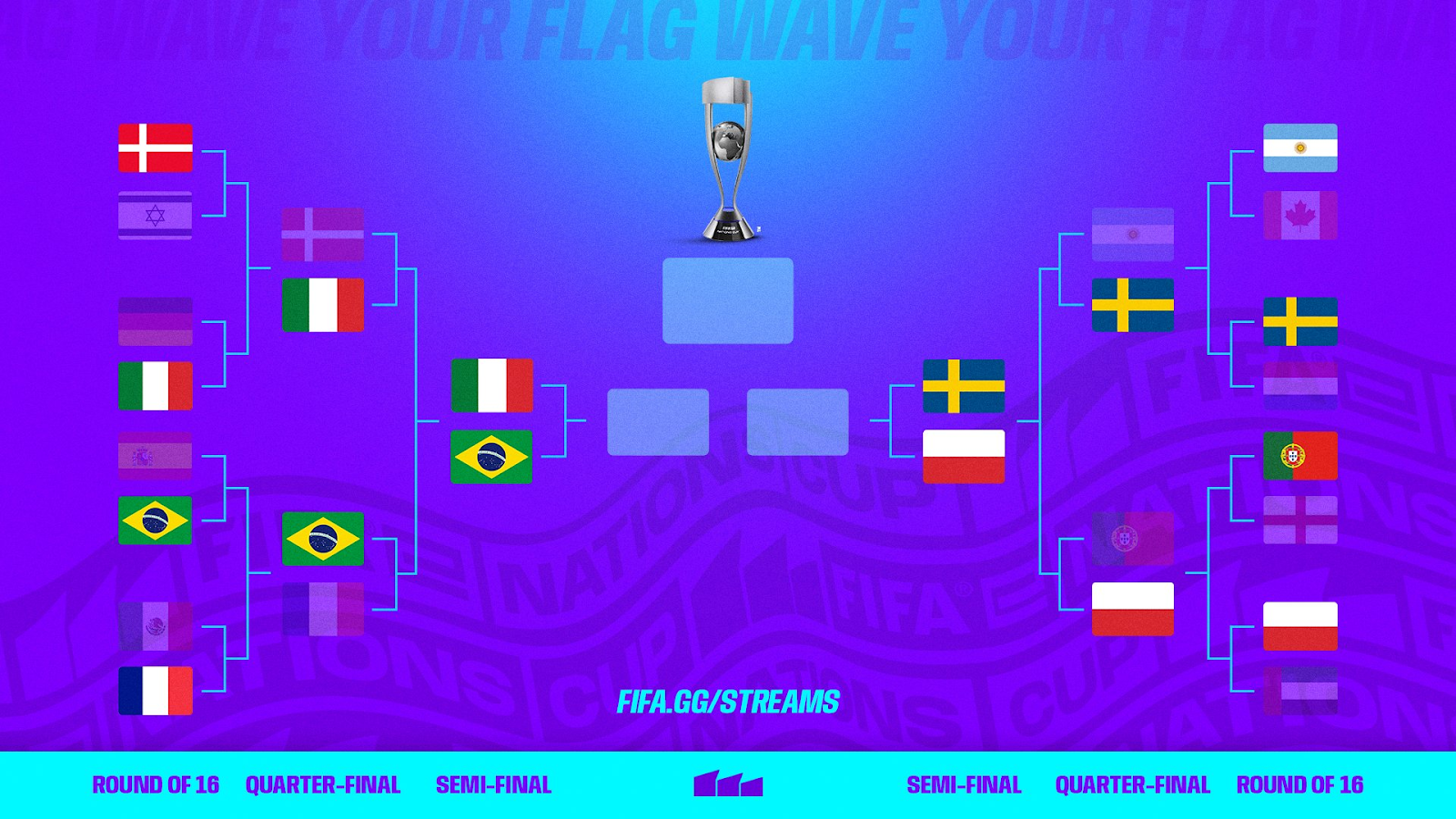 Italy, Brazil, Sweden and Poland progress to the semi-final stage

The last quarter-final matchup of the FIFAe Nations Cup 2022 was a corker between Portugal and Poland. Both teams went head-to-head in attacking football. The first goal came in from Portugal at the mark of the 80th minute.

The first leg ended with Portugal in the lead position. In the second leg, Poland went all out from the get-go. The score was within 7 minutes. Eventually, Poland prevailed with a perfectly-timed curler from outside the box and sealed the last spot in the semi-final match-ups on July 30.

From 24 teams, it has come down to the top 4. $400,000 is at stake and the atmosphere is heating up.  Italy will face Brazil, while Sweden will go up against Poland to book their respective spots in the final of the FIFAe Nations Cup. The Grand Final will take place in the Bella Arena in Copenhagen, Denmark.