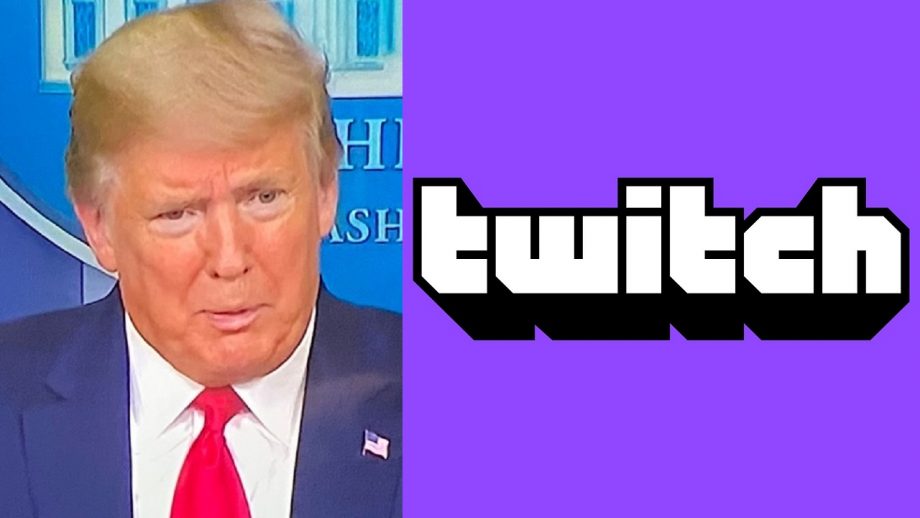 It started with Twitter! The soon-to-be Ex-US president Donald Trump was suspended from his most favourite social platform (Twitter) after supposedly tweeting continuously in support of the ongoing riots being carried out by his supporters at the US Capitol. The Twitter ban was followed subsequently by temporary or indefinite bans from many other social media platforms including Instagram, Facebook, and Snapchat. As of now, though, Twitch has become the latest one to ban him.

The popular game streaming platform clarified that president Trump’s Twitch channel was disabled after the shocking attack on the US Capitol building and as a direct consequence of the US president’s use of language in response to all the ensuing destruction and violence.

Talking about the ban, an anonymous Twitch representative stated:

“Given the current extraordinary circumstances and the President’s incendiary rhetoric, we believe this is a necessary step to protect our community and prevent Twitch from being used to entice further violence.”

Earlier in the wednesday morning, a “Stop the Steal” demonstration saw many pro-Trump protesters converge in Washington DC to show their disapproval to Joe Biden gaining victory in the US presidential election and the Democratic party winning back the vast majority in the US Senate. The protest, though, quickly turned into a violent riot as the Trump supporters started climbing the Capitol walls and some of them even stormed their way into the building. No less than four people ended up dying in the process. Questions started to stream in over the response from the police officials towards the rioters.

Right after these incidents, President Trump took to Twitter to share a video which he addressed directly to the protesters or his supporters-cum-rioters at the US Capitol. In the video, he only told the rioters to “peacefully go home.” But things got messier for Trump when he continued sharing untrustworthy and unproven claims of the 2020 US presidential election being totally fraudulent. He didn’t even condemn his supporters’ brutal and vicious reactions to the aforementioned claims.

His statement on the video was:

“We had an election that was stolen from us. It was a landslide election and everyone knows it, especially the other side. But you have to go home now.”

The contentious video was ultimately pulled out of Twitter. Right after that, the world-famous social media platform suspended Trump’s account altogether.

The anonymous Twitch spokesperson added on the ban:

“In light of yesterday’s shocking attack on the Capitol, we have disabled President Trump’s Twitch channel. Given the current extraordinary circumstances and the President’s incendiary rhetoric, we believe this is a necessary step to protect our community and prevent Twitch from being used to incite further violence.”

As per the official account of Twitter Safety, president Trump’s Twitter account is, at present, only suspended for 12 hours. They also stated that the account in question will remain suspended for a longer period of time if his team doesn’t remove the tweets that promoted “severe violations of our (the Americans’) Civic Integrity policy.”

The Twitter authority also clarified their stance in a statement:

“Future violations of the Twitter Rules, including our Civic Integrity or Violent Threats policies, will result in permanent suspension of Trump’s account.”

Twitch, though, have made it clear president Trump’s official channel will remain closed until the subsequent end of his presidency on January 20.