A Productive Year Or A Step Backwards? Esports 2020 In A Nutshell

2020 has been an all but tremendous year for traditional sports, as many of the big-ticket events including the Olympics, the Euros (football) and the Wimbledon (tennis) had to be postponed because of the raging Covid-19 pandemic. But, the gaming industry, on the other hand, was largely unaffected by the Coronavirus on the whole.

Some will even argue that it thrived more than it would have without the pandemic around. Major industrialists including Alibaba’s founder Jack Maa proved that theory right by remarking that they were looking to invest in the eSports industry in the near future. This is just a hint at the strives the burgeoning industry has made over the year 2020.

With the constraints on social activities, many more people have indulged themselves in gaming activities, primarily to keep sane. But the amount of personalities moving into professional or competitive gaming has been surprising across the whole year. In 2019, one of the biggest gaming markets, India, on its own recorded a total of more than 300 million online gamers. In 2020, though, that already huge number gained by a staggering 65 million. The increase is a whopping 21.67%, which is a little more than 10% higher than the growth from the previous year.

The PC and console platforms have always ruled the gaming market. But 2020 saw a major uprise in mobile gaming, in both India and throughout the rest of the world. In India, approximately 200 million of its 365 million gamers are playing competitive games on their mobile phones. 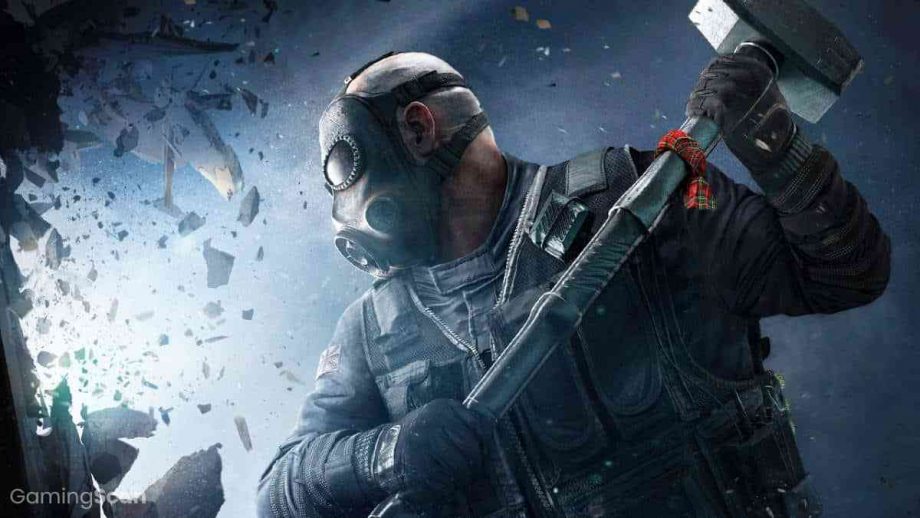 Rainbow Six: Siege was one of the many games that saw a massive rise in its player base throughout 2020

The growth in player counts is not all the progress that eSports has made in 2020. Another sector in which it thrived in is the business side of it. Though valuations have dropped in many countries, they also gained in some other countries as well. For example, the value of the Indian gaming industry right now is a staggering Rs.90 billion. The increase is a healthy 29 billion (31%) from 2019.

The boundaries between eSports and other traditional sports have been blurred a little more throughout 2020. The credit for that accomplishment should go to several traditional sports superstars for joining hands with eSports. Grandmaster Hikaru Nakamura, the world-famous chess sensation, launched chess as an eSport. He also joined Team SoloMid (TSM), the popular American gaming organisation. Many popular international footballers such as Sergio Aguero, Neymar and Casemiro etc. have also joined forces with eSports.

Sensitisation of gender prejudice in the industry is another area eSports has made huge progress in 2020. The shake-ups in many high-end organizations were noticeable. Gaming giants Ubisoftled the way by standing against harassment of their female staff members. They fired Tommy François, their Vice President (VP) of Editorial and Creative Services, Yannis Mallat, the Managing Director (MD) of their Canadian studios, Serge Hascoët, their Chief Creative Officer (CCO) (and also considered the number two at their premises), all because of issues regarding sexual assaults and sexual harassments. Many such instances were also seen in the Dota 2 circuit as well, with the vilification of the heinous acts of TobiWan seen as a prime example.

2020 also marked a clear shift towards the greater use of technology in eSports. Many, if not all, of the bigger international, regional and local gaming competitions held over the course of the year were conducted online. Many new gadgets and tools have also arrived in the market which have enhanced the gaming experience as a whole. If anything, the technology shift, according to the xperts, will only help eSports to go further in the foreseeable future and at one point, that will enable eSports to become the benchmark of technological advancements. The latest inventions such as the path-breaking raytracing technology only strengthens that particular argument.

Despite the major advancements from a lot of viewpoints, the year has been a bleak one, when seen from a financial viewpoint. The excitement of the huge and well-lit eSports events has also been lost to a great degree throughout 2020. The live event revenues have been the main reason behind the economic downgrading of eSports. But the numbers are not discouraging, by any sense or imagination. They are still better than most of the traditional sports’ numbers and the new year only brings newer and greater expectations in that regard as well.

The whole of 2020 as a year for the global eSports industry has been a statement for itself. A clear indication that all the estimations that were made beforehand about the industry were actually spot on. Even after being handicapped by the pandemic and its rage, the gaming industry thrived all through the year and kept many people across the whole world psychologically engaged. With most of the steps taken towards the right direction, eSports has emerged as a true contender to be a traditional sport in 2020. It has become a medal event in the 2022 Asian Games and is also being considered to be included in the Olympics in the near future. The globalization of gaming has truly taken place in 2020.

With some constant setbacks, 2020 was a frustrating but fruitful year for eSports. But the new year will surely open up many more possibilities for the gaming industry. Moving forward, the maturity the industry has gained in the pandemic-ridden 2020, will surely help it recognize its moments in the future and grab them with both hands.