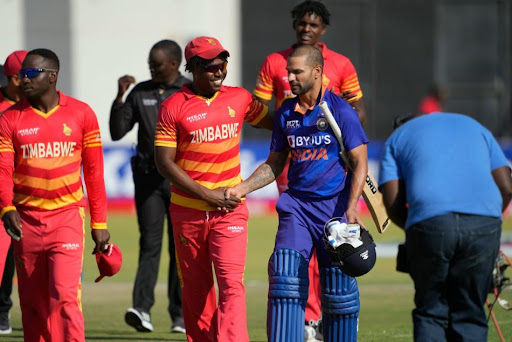 India won the first ODI against Zimbabwe by 10 wickets

India has the chance to clinch a series win with a game to spare when they meet Zimbabwe in the second one-day international in Harare on Saturday, August 20.

An unbeaten 192-run partnership between openers Shikhar Dhawan and Shubman Gill helped India chase down a 190-run target that was set up by Zimbabwe after they were asked to bat first in the first encounter played between the two sides on Thursday.

The trio of Deepak Chahar, Axar Patel and Prasidh Krishna all bagged three wickets each to bundle out the hosts to a sub-par total of 189 inside the 41st over. This elite performance by the Indian squad helped the visitors claim the opening game at the same venue one day earlier, though the home side was completely routed in that match and would now hope to come back strong.

Now the two sides meet again, with Zimbabwe knowing they have to triumph to set up a winner-takes-all final game.

Zimbabwe will be led by Regis Chakabva in the absence of Craig Ervine in this series too. T Marumani and T Kaitano are expected to open the batting line-up. Sikander Raza, Innocent Kaia, Regis Chakabva, Ryan Burl, and Wesley Madhevere will form their strong middle-order combination with all players except Madhevere and Burl making big scores recently.

Luke Jongwe, Donald Tiripano, and Richard Ngarva will form their pace bowling trio in the starting XI of this match with the likes of Victor Nyachi and Brad Evans available for selection in the squad. Sikander Raza will lead the spin attack with Wesley Madhevere and Ryan Burl for the company in the spin attack.

India will be led by returning KL Rahul after a long injury-ridden gap. Experienced campaigner Shikhar Dhawan will serve as his deputy and partner him at the top of the order after the former did not get to bat in the first game. Deepak Hooda, Shubman Gill, and Sanju Samson showcased their skills and are expected to slot in the middle order for the team with Axar Patel expected to be the all-rounder lower down the order.

Mohammed Siraj, Prasidh Krishna, and Deepak Chahar are expected to slot in as the first-choice pacers in this match with Shardul Thakur and Avesh Khan available as backup options for the team. Axar Patel will partner with Kuldeep Yadav to take care of the spin department with Washington Sundar`s availability is uncertain in this match. 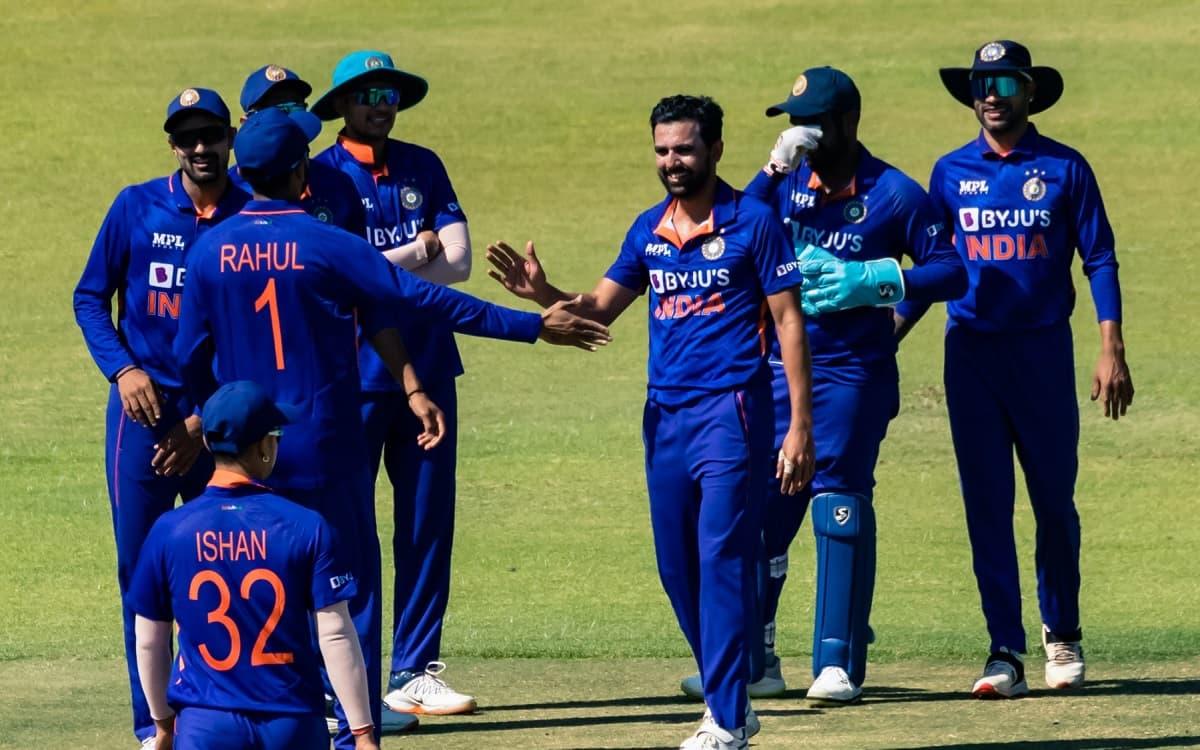 Team India started the three-match ODI series against Zimbabwe in grand fashion as they annihilated the hosts by 10 wickets in the first game at Harare Sports Club on Thursday.

Invited to bat first, Zimbabwe were bowled out for a paltry 189 in 40.3 overs. It was a listless performance as no batter managed to touch the 40-run mark. Skipper Regis Chakabva was the top scorer with 35.

For the visitors, seamer Deepak Chahar bowled brilliantly with the new ball as he dismissed Zimbabwe’s top three cheaply and eventually returned with the figures of 3 for 27 in his seven overs. Prasidh Krishna (3-50) and Akshar Patel (3-24) ran through the middle and lower order, sharing six scalps between them while Mohammed Siraj (1-36) picked the remaining one wicket.

In reply, the Men in Blue overhauled the target without breaking a sweat as the opening duo of Shubman Gill (82* off 72 balls) and Shikhar Dhawan (81* off 113 balls) slammed unbeaten half-centuries and forged an unbroken 192-run stand to take the tourists over the line with 115 deliveries to spare.

When it comes to games between the two sides in the African country, everything is the same. In terms of matches won, the visitors have the advantage over the home team. India has won 20 of the 24 games between the two teams in this venue. Zimbabwe, on the other hand, has only won four games.

Luke Jongwe (Zimbabwe): A deceptive pacer from Harare, Luke Jongwe will be significant for Zimbabwe against a potent Indian batting unit. With a mix of variations in his repertoire, Jongwe has been a consistent white-ball bowler for his side.

While the 27-year-old can do a bit with the new ball, he is nifty with the old cherry also and can use his change of pace and wide yorkers to great effect. The right-arm seamer has a knack for picking wickets, claiming 10 scalps in seven ODIs since last year.

With no Blessing Muzarabani in the squad against India, the onus will be on Jongwe to deliver for the hosts in the upcoming three-match series.

Shikhar Dhawan (India): Team India’s vice-captain for the tour, Shikhar Dhawan was excellent during the ODI series against West Indies and the first ODI of this series wherein he scored an unbeaten 81. Opening the innings for the Men in Blue, the left-handed batter gave some vital contributions with the bat and he will want to continue his good form against Zimbabwe as well.

Dhawan himself would be hoping to regain his mojo on the 22 yards. It is to be noted that Dhawan is no longer in the scheme of things in the Test arena and is also not included in the T20I side regularly. 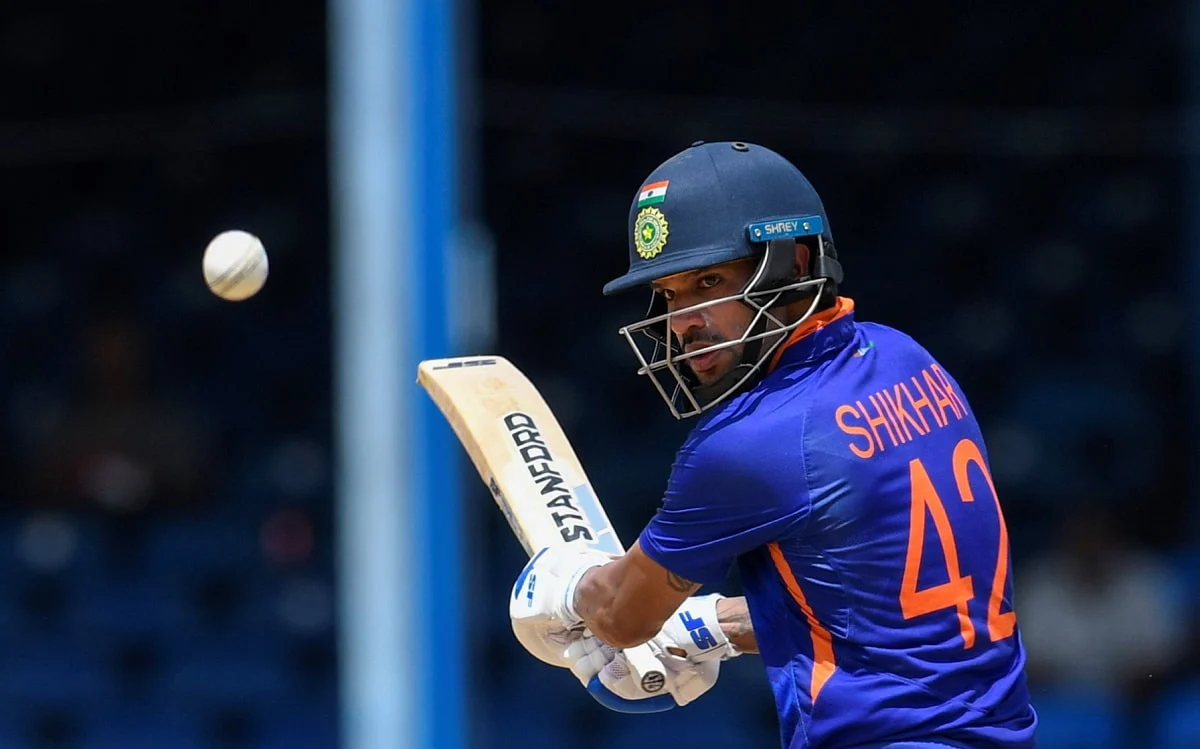 The southpaw is given a chance only in One Day Internationals as of now and the senior batter must fire all cylinders in the Zimbabwe ODIs as he eyes a spot in India’s 2023 World Cup squad in the long run.

India will need to be at their best with the ball in Harare, where Zimbabwe has shone with the bat in white ball cricket over the past month and a half. However, it’s important to note that the hosts have not faced a bowling attack of India’s class and this marks a massive test from their point of view.

Also worth considering is India’s batting depth, which will see them look to dominate a Zimbabwean bowling unit without Blessing Muzarabani due to injury. They have an excellent mix of power, style and technical ability and they are likely to rack up a big score should they be batting first.

However, whether India bats first or second, they will be expected to win this second ODI and seal the series on Saturday.