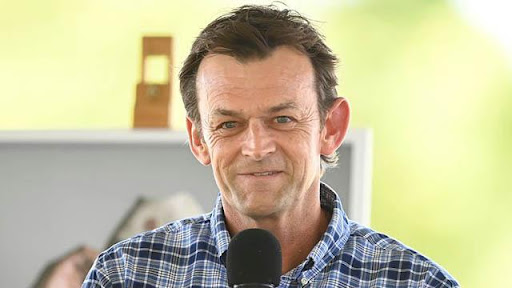 The former Australian wicket-keeper batter Adam Gilchrist raised some serious questions regarding the Indian Premier League (IPL) and why Indian players are not playing in the other T20 leagues in the world.

“No Indian plays in any other T20 league, why,”

the former Australia keeper and the captain asked.

“I feel it (Indian presence in other leagues) won’t diminish the IPL, it will only grow if they can play in Australia or South Africa.”

The former Australian wicket-keeper batter Adam Gilchrist raised some serious questions regarding the Indian Premier League (IPL) and why Indian players are not playing in the other T20 leagues in the world.

Gilchrist’s statement comes at a time when there is a debate around the corner regarding international players being taken by the big prices from the private franchise leagues.

“I am not saying this in a provocative sense, is that not a fair question,”

“If there is a second IPL window — I believe that is the proposal — that is going to start encroaching more into international cricket. That is going to further damage the domestic tournaments in those countries, but India still won’t help them build their market. It doesn’t seem like a two-way street.”

BCCI has made a firm policy of not letting any of their players become part of any league. They have never tried to explain the logistics behind these yet commercial reasons can be one among them.

“I think the IPL is a wonderful addition to the cricketing landscape, I played six of them and I loved it. I don’t want to be reported as being anti-IPL. But why aren’t Indian players coming and playing in the Big Bash League, why only some leagues are accessing every player in the world,”

“I understand the philosophy of the value the IPL gets is from its exclusivity (of Indian players) but is that balanced, even playing field for the health of the game globally? It is going to make a lot of money for the IPL, the franchise owners, and certain players. Is it going to keep the game alive in other cricketing nations that is the question for the ICC. We are talking dollars, aren’t we, as opposed to the game development.”

The left-hander was in Mumbai on Thursday (July 28) in connection with New South Wales to promote the T20 World Cup in Australia. He was asked about the possibility that will David Warner pick UAE T20 League over BBL, something he had spoken about lately. He elaborated his point.

“As regards the Warner situation, I don’t want to single him out. I am sure other players will be looking at the UAE League. I think the issue is the bigger picture – the volume of cricket and various windows when there is no international cricket. David may well argue that he is an Australian player and not a domestic player. So, when there are no Australian games, he is free to play wherever he wants. That may be his thought process.”