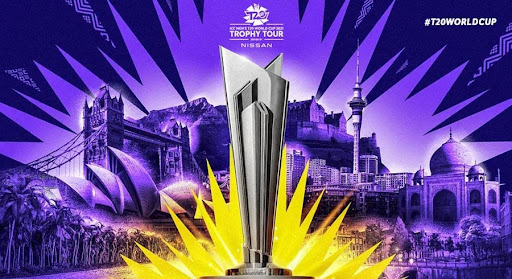 Two months before the start of ICC Men’s T20 World Cup, the trophy for the mega event starts its virtual journey around the world from today, inviting fans to take it to places it has never seen before.

Carlos Brathwaite, the West Indian all-rounder, who became the star of the last ICC Men’s T20 World Cup after hitting four maximums in the final over against England to cash the title of champions in 2016 launched the trophy tour on Thursday, August 19.

It started with Brathwaite reciting a poem that represents the essence of T20 cricket and also the dreams and hopes of cricketers worldwide. The poem that Brathwaite recited was written by Birmingham Poet Laureate, Casey Bailey.

Due to disruptions caused by the global pandemic, a physical tour was not possible. This time, every cricket fan is included in the tour as they can take the trophy to more cricket nations than before.

The ICC Men’s T20 World Cup trophy can be assessed virtually through a 3D augmented filter, placed on official T20 World Cup Facebook and Instagram pages. Through this filter, fans are encouraged to take this trophy in any part of the world.

This can be their home backyard, a local cricketing spot, or some famous spot in the city. The best content from the fans will be collaborated every week to celebrate and not only that, but fans will also get the chance to get signed event merchandise.

“This trophy brings back memories of one of the best nights of my life and so it gives me great joy to be associated with this unique trophy tour, where fans get to take it to places it has never been. Imagine taking it to the Eiffel Tower? Or the Taj Mahal? I am personally looking forward to all the exciting content fans are going to create and would encourage everyone to channel their inner creativity and get involved.”

Fans can track and stay updated about the trophy’s journey through T20 World Cup social media pages, which will stay as a one-stop destination for all the content generated by fans and ICC throughout the tour.

Following the virtual trophy tour, ICC is also launching a weekly show featuring all the 16 teams participating in the World Cup event named ‘Around the wicket’. It will be streamed all over the world digitally and on social media channels.

The show will be hosted by an Indian comedian and digital content creator, Danish Sait, to celebrate everything we love about cricket and its heroes. It will also invite fans to get involved in the show and ask direct questions to their favorite cricket players. 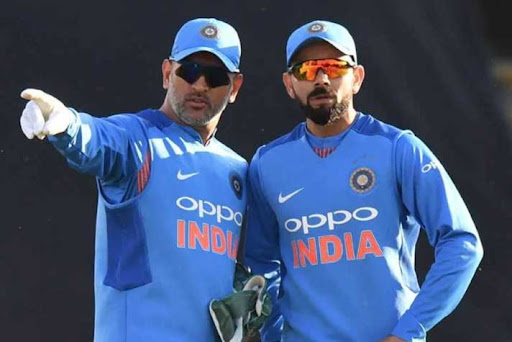 Virat Kohli: MS Dhoni has always been a mentor for