Trent Boult played in the IPL for RR

Trent Boult and Henry Nicholas may miss New Zealand’s first test match against England despite being named in the squad for the clash starting at Lord’s while Boult recently played for RR in the IPL and Nicholas have an injury problem.

Kiwi player Trent Boult and Henry Nicholas may miss New Zealand’s first test match against England despite being named in the squad for the clash starting at Lord’s on Thursday.

Boult has recently played in the Indian Premier League final for Rajasthan Royals on Sunday and is unlikely to recover in time for five days of Test cricket.

Henry Nicholas has had a disrupted start to the tour of England due to injury problems and about of the coronavirus.

“We’ll see how Trent scrubs up but I’ve had conversations with him leading up to this. It’s part of the world and the way it is right now with the complexity of putting schedules together,”

“When you have the IPL on top of that it just adds another layer to it all.

“We’ve been through this before with different players so I guess it’s not something that’s new to us. We’ll deal with that and work out what’s best for us going forward with Trent.”

As for Nicholls, whose middle-order slot should go to Daryl Mitchell, Stead added:

“At the moment we think it’s unlikely that Henry will play.

“Covid just put him back another week or so from where we were wanting, but he is progressing well.”

Stead spoke with the New England coach and fellow kiwi Brendon McCullum at Lord’s on Monday.

He acknowledged it felt unusual to have one of the most iconic players now leading an opponent.

“It already feels strange. I walked across the ground with him before. I think he went into the right dressing room; he turned left and I turned right,”

“I’ve not thought too much about Brendon and the impact he will have because we are focusing on the way we will play, but I have no doubt he will have an instant impact.

“Brendon will bring the heart-on-the-sleeve type play into that England squad. I think it’s always nice when you have Kiwi coaches that are being sought after around the world.” 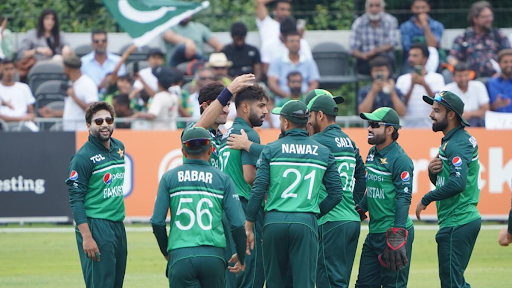