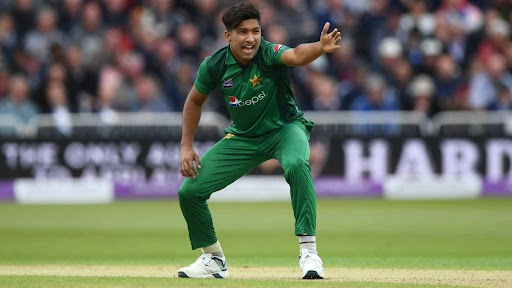 Big Bash League (BBL) franchise Sydney Thunders has been signed the Mohammad Hasnain for the ongoing season 11 while he is expected to make his debut on December 26.

Sydney Thunders has been signed the Pakistan star Pacer Mohammad Hasnain for the ongoing season 11 of Big Bash League (BBL).

The young pacer signed was confirmed as the Thunder’s latest enlist on Monday.

Mohamad Hasnain is predicted to make his debut in the Sydney Smash against cross-town rivals the Sixers on December 26.

According to Thunder’s Ben Cutting, who played alongside the youngster at Quetta, Hasnain is certain to ‘hurry up’ plenty of BBL batters – if given the opportunity.

“He’s a lovely young kid, and his team back home is keen for him to learn about the game and to also come out here and bowl fast.

“Muhammad is going to love bowling in Australia. We have faster pitches and bigger boundaries – conditions that are far more conducive to bowling fast than they are in Pakistan.

“I have no doubt he’s going to enjoy the experience, and I know he’ll be a tremendous addition to Sydney Thunder’s squad.”

CNSW male head cricket, Michael Klinger, explained Hasnain as a player who is certain to excite the Thunder Nation.

He’s a fast bowler who bowls with extreme pace and has fantastic T20 skills and variations,”

said Klinger ahead of Hasnain’s arrival.

“At such a young age he’s already taken a T20I hattrick for Pakistan, and he’s performed well for Quetta in the Pakistan Super League.”

Mohammad Hasnain is the youngest bowler who takes a hat-trick in the T20I format. He declared this achievement at the of 19 against Sri Lanka two years back.

Mohammad Hasnain has played 17 T20Is and 12 ODI matches for Pakistan.