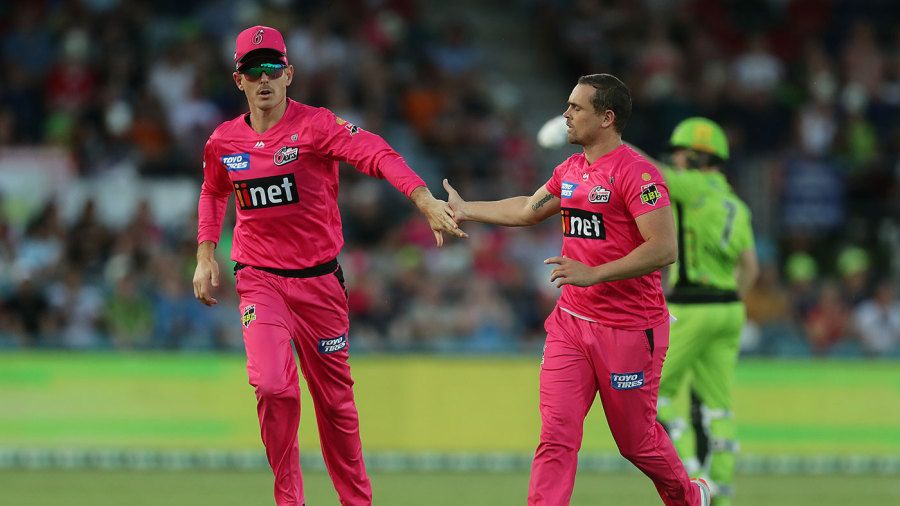 In a rain affected Match No 38 of the Big Bash League (BBL) 2020-21 tournament, the Sydney Sixers defeated Sydney Thunder by 5 wickets via the Duckworth-Lewis method at the Manuka oval in Canberra on Wednesday. Chasing a revised target of 129 to win, the Sydney Sixers scored 132/5 from 12.4 overs out of their allotted 14 overs in the contest.

The right-handed opening batsman Josh Phillippe was the star performer for the Sydney Sixers as he hammered seven fours and two sixes to make 64 from only 36 balls while the others in Justin Avendano (17), Jordan Silk (13) and Daniel Christian (15 not out) played their part well.

Earlier in the contest, the Sydney Thunder were bolstered by half centuries from Alex Hales (54) and Daniel Sams (50) as they scored 166/6 from their 20 overs at a healthy run rate of 8.30. Hales was the pick among the batsmen as he hit five boundaries and three sixes to score 54 from only 33 balls, whereas Sams took 37 balls and hit four fours and 1 six to score his half-century.

The left-arm veteran Australian spinner Steve O’Keefe was the pick among the bowlers for Sydney Sixers as he returned with the figures of 4-0-15-3, where as the others such as Jackson Bird, Jake Ball and Lloyd Pope took one wicket apiece.

There was not so much from the Sydney Thunders bowlers but still Sams continued with his good run, returning with figures of 2.4-0-25-2 while the others in Nathan McAndrew, Tanveer Sangha and Ben Cutting got one wicket each.