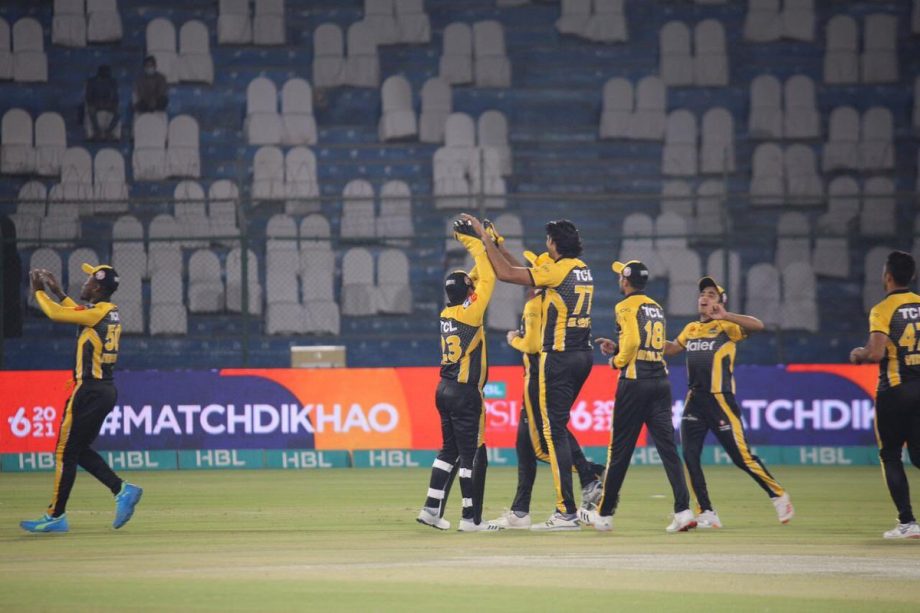 Despite the fearless effort from James Vince, Sultans bite the dust on the back of merciless striking from Tom Kohler-Cadmore and Haider Ali which help Zalmi seal their first victory of the season at National Stadium Karachi by six wickets.

Sultan’s bowlers kept the things tighter in the middle over but Tom Cohler-Cadmore took control of the chase with his calm and composed half-century, scoring 53 off 32 balls including six fours and a six.

But the real powerhouse, Haider Ali came later to expose his cameo scoring 24 runs brilliantly off just 8 balls to take his side across the line with an over to spare.

Shahnawaz Dhani, the young gun of Multan who bowled a tight first spell picked up two crucial wickets but the lack of experience cost him more runs in the final over, closed the figures at 2/44 while the leg spinner Usman Qadir took a single wicket and conceded 29 runs.

Earlier today, Multan posted a monstrous 193-4 in the given overs. Winning the toss and opting to ball first worked well enough for Peshawar Zalmi as they got an early breakthrough.

Mohammad Irfan who played a debut match for Zalmi struck in his first over to dismiss the destroyer, Chris Lynn who had just scored a one-off four.

From that, skipper Mohammad Rizwan and James Vince took responsibility to put a crucial 82 runs stand for placing a competitive total against their opponents. Rizwan was dismissed by the young talent, Mohammad Imran before scoring 41 runs off 28 balls.

After the departure of captain, Sohaib Maqsood came in and added his part in building the highest total for this season. He stood alongside Vince to play a brisk inning of 36 off 21 balls, including four fours and two sixes.

However, James Vince was the man of performance from Multan’s side as he increased the innings with the greater pace until he finished on 84 off 55 balls. His blistering knock included nine fours and three maximums.

From Zalmi, Saqib Mahmood claimed two wickets at the cost of 36 runs. Mohammad Irfan and Mohammad Imran picked up a single wicket each while the skipper, Wahab Riaz had a rough day as he conceded 51 runs in four overs without taking a wicket.

Tom Kohler-Cadmore was named as player of the match for his brilliant knock.

“It was quite nice because Sammy gave me complete freedom to go out there and take them on. I had a little bit of luck early doors, probably could’ve been bowled but luckily went down the leg. I just changed my arm and luckily it came off and we got the win. I just try to give my all to the team and if I can influence a game in the field, then that’s great,”

said Kohler in a post-match presentation.

I think a big part of T20 cricket is making sure that every ball counts and every run you save can count when it comes to close games like that. I thought the lads fielded outstandingly tonight and instead of chasing 220, it meant chasing 190.”