Australia has been unstoppable in Test cricket recently

Australia and Sri Lanka will lock horns for the first of the two-match Test series on Wednesday, 29th June. This match will be played at the Galle International Stadium in Galle.

So far, the series has swung both ways, meaning it will be hard to predict who will come out on top in this particular battle. It was the visitors who shone brightly in the three-match T20I series, as they registered a 2-1 series win.

However, the Lankans made a stunning comeback in the five-match ODI series. Despite losing the first match, the Lions played incredibly well to win three matches on the trot and eventually clinch the series by a 3-2 margin.

When it comes to Test cricket, Australia has been doing a fine job recently. Their last outing in whites was in the Benaud-Qadir Trophy earlier this year. In that three-match affair against Pakistan, Pat Cummins’ men secured a 1-0 win, with the other two matches not producing a winner.

Before the Benaud-Qadir Trophy, Australia competed in the historic Ashes series against arch-rivals England. The baggy greens were seen at their absolute best back then, as they won the five-match series by an emphatic 4-0 margin.

On the other hand, Sri Lanka will also be fairly confident coming into this series as they did well in their last Test outing. The Lankans played a two-match series against Bangladesh earlier this year, where they drew one game and won the other fixture.

Having said that, the Lions lost the preceding Test series against India. Like the one against Bangladesh, that too was a two-match affair, and Dimuth Karunaratne’s men ended up losing both of those matches.

Australia enjoys unchallenged supremacy when it comes to head-to-head records in Test cricket. These two sides have crossed paths 31 times in the longest format of the game previously, wherein Australia has won 19 matches while the Lions won only four, with eight matches ending in stalemates.

The last meeting between these two teams in Testy cricket was back in February of 2019. In that game at Canberra, the baggy greens registered a comprehensive 366-run triumph, courtesy of 10 wickets from Mitchell Starc and centuries off the bats of Joe Burns, Travis Head and Usman Khawaja. 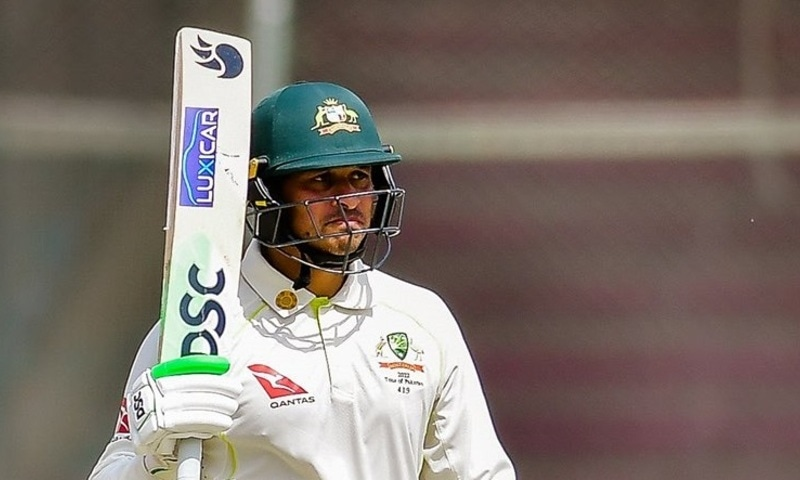 Usman Khawaja was Australia;s highest run-scorer in the Benaud-Qadir Trophy

Usman Khawaja: In Marnus Labuschagne, David Warner and Steve Smith, Australia boast of some of the most talented batters of this era. However, in the Benaud-Qadir Trophy, they found an unlikely hero in Khawaja, who has rediscovered his lost touch and is now looking in better form than ever before.

The left-handed batter scored 496 runs, maintaining a stunning average of 165.33. Khawaja struck a couple of centuries and as many half-centuries in that series and also remained unbeaten on two occasions.

Angelo Mathews: When a player hits the 35-mark in terms of age, the plan usually shifts from cricket to post-retirement life. However, Angelo Mathews has picked the age of 35 to re-establish himself as one of the pillars of the Sri Lankan Test team, all over again.

He looked in scintillating touch in the series against Bangladesh, scoring 344 runs in two matches at an outlandish average of 172. Mathews scored 199 runs in the first Test at Chattogram and then backed it up with an unbeaten 145 in the second Test.

Though Sri Lanka deserves credit for the way they fought in the ODI series, tackling Australia in the Test format will be way more difficult. Cummins’ side has won five of their last eight Test matches, drawing the other three, while Karunaratne’s men have been a tad unpredictable, and certainly inconsistent. Hence, we have predicted Australia to emerge victoriously from this contest.