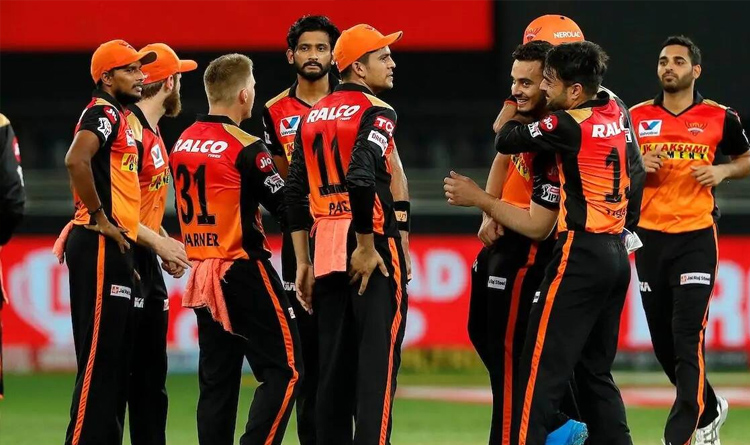 On Thursday, the Dubai International Stadium witnessed the intriguing match no. 22 of IPL 2020. SRH set the massive target of 202 runs and did a splendid job defending the chase and limiting KXIP to 132 runs knocking them all out in 16.5 overs.

SRH registered their third win of IPL 2020 by beating KXIP.

The audience loves the Indian Premier League (IPL) for the thrill it provides, and the 22nd match of the league was nothing less than a treasure for the cricket lovers. SunRisers Hyderabad presented worthy performances in the batting and the bowling department and defeated Kings XI Punjab by 69 runs.

After electing to bat, Captain David Warner and Jonny Bairstow came to open for SRH. Both the players collected scores quickly with back to back boundaries. By the 14th over, Warner completed his 50th IPL fifty, and Bairstow moved past 90, taking the total score beyond 150. The opening partnership resulted in 160 runs before Ravi Bishnoi knocked them both out in the 16th over. Taking off some pressure, KXIP knocked quick wickets in the next few overs. Abhishek Sharma and Kane Williamson added some scores in the last overs and gave the target of 202 runs.

Chasing the 202 runs target, Mayank Agarwal and KL Rahul failed to give KXIP the opening they needed. The duo couldn’t settle as Mayank Agarwal was run out for nine runs because of a mix-up with KL Rahul. Prabhsimran Singh opened with a couple of fours but was sent back for 11 runs. Pooran joined the filed with some crackling boundaries and put forward the most promising innings with his fastest fifty off just 17 balls. After KL Rahul and Glenn Maxwell got out, Pooran struggled to cover the leap, but Rashid Khan’s consecutive wickets marked the end of KXIP on 132 runs in 16.5 overs.

SRH’s opener Jonny Bairstow With 79 runs off 55 balls and Rashid Khan taking three wickets, were the stars of the match.