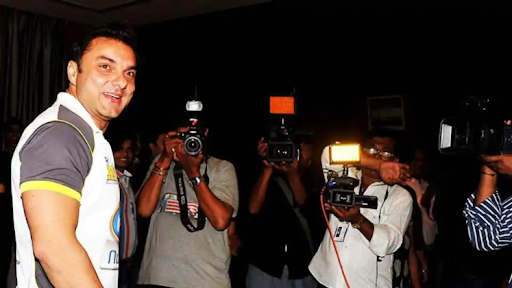 Bollywood star Salman Khan along with his family has invested in Kandy Tusker’s franchise from Lanka Premier League that had a player’s draft in the last two days. The league is expected to be staged on 21 November.

Salman Khan, his father and younger brother are part of the club. The younger brother, Arbaz Khan has invested and he said that they “see a lot of potential in this league”,

“Given the players we have in our team, the league in general, and the passion of the fans, which are second to none, we see a lot of potential”.

Arbaaz Khan also confirms that Salman Khan will be attending all the matches of the Kandy franchise.

There are 5 teams in the first edition of Lanka Premier League including Colombo Kings, Dambulla Hawks, Galle Gladiators, Jaffna Stallions and Kandy Tuskers.

The draft of players held in the last two days made a lot of confusion in the selection of players considering their availability and the rules being set but despite all of that, Arbaz Khan seems quite excited about Chris Gayle for being part of the team.

“Gayle is the Boss Man, but we have a very good team. Kusal Perera is our local icon and we also have Liam Plunkett, Wahab Riaz, Kusal Mendis and Nuwan Pradeep among others. It is a good balance of youth and experience”

The Galle Gladiators is owned by Nadeem Omar, the owner of Quetta Gladiators in PSL. It is not yet confirmed about the ownership of other teams.

The IPG group of Dubai was given the marketing and organization rights of the league. The league was first scheduled to be held in September this year but due to the pandemic situation, it was postponed to November.

“We are committed to creating a world-class league with LPL and what better way than to spread the message through Bollywood and Sohail Khan”.

“Sohail’s love for cricket is well documented, he will not only add glamour to the whole event but he is also passionate about the sport. We couldn’t have asked for a better partner than him”.

The Lankan Premier League is scheduled to be held from November 21 to December 13, 2020.

Some of the other stars who are expected to be seen in the league are Shoaib Malik, David Miller, Carlos Braithwaite, Andre Russel, Faf du Plessis, Angelo Mathews, Lasith Malinga, Shahid Afridi, Colin Ingram and Mohammad Amir.