SA players tested negative for Covid-19, ready to take off for Karachi for their Test and T20I series against Pakistan 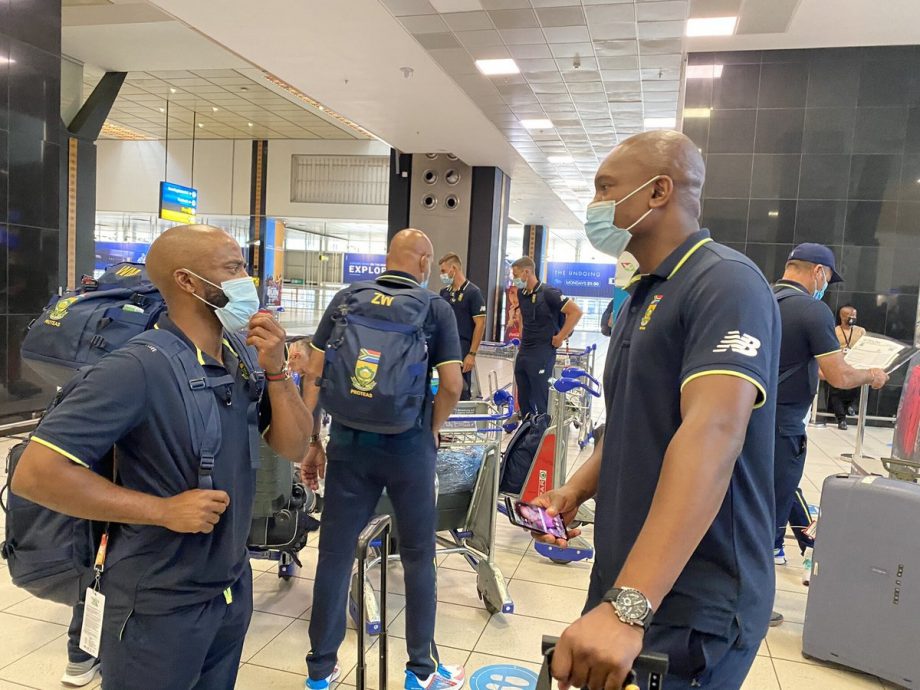 CSA (Cricket South Africa) had announced that the squad tested negative for Covid-19 and they are ready to travel to Karachi for their upcoming series against Pakistan.

Cricket South Africa announced recently that the squad cleared the Covid-19 Test and they are ready to take off to Karachi on Friday for their upcoming series against Pakistan.

“The touring party has been cleared by COVID-19 tests which took place on Tuesday and Thursday and will travel to Karachi this evening,”

said CSA in a statement.

It also mentioned that Marco Jansen has replaced Ottniel Baartman, who has been ruled out from the series due to medical reasons of separate nature.

Earlier today, PCB (Pakistan Cricket Board) announced a 20 member squad including the nine uncapped players in the squad for the Test series against South Africa, starting from January 26th.

PCB also said in an official release that the players will go through a biosecure bubble procedure and the squad will be squeezed into 16 members, ahead of the first Test match at National Stadium Karachi.