Philander, Hayden to work as consultant coaches with Pakistan in T20 World Cup 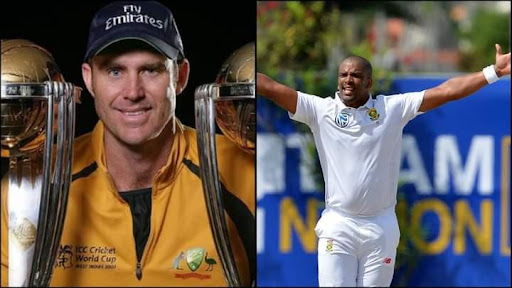 EX-Australian player, Mathew Hayden and South Africa’s pacer, Vernon Philander have been assigned as coaches of the Pakistan cricket team for the T20I World Cup.

The New Chairman of the Pakistan Cricket Board (PCB), Ramiz Raja has announced the appointment during a press conference in Lahore.

Both the pairs came as unexpected appointments and it is not yet clear what roles they would play. Ramiz also said that there would be a Head coach appointed among them, but he did not reveal a name yet.

“For the [T20] World Cup, we have signed up Matthew Hayden and Vernon Philander as our coaches. Hayden can bring aggression to this team and he also has World Cup experience. He was a world-class player and an Australian occupying the dressing room is going to greatly benefit the team,”

“I know Vernon Philander; he has a good understanding of bowling.”

“I think the Pakistan team needs a new direction. These coaches [Hayden and Philander] are appointed till the [T20] World Cup,”

“Going forward, we will have to carry out an extensive exercise, in this regard, to look for people who fit our model. Our objective is to give this team the best possible options so that it leads to improvement in performance,”

Neither Hayden nor Philander have much coaching experience. South African Pacer Philander retired from international cricket in 2020 While Hayden retired in 2009 and it is his first major coaching assignment with the Pakistan team at the T20 World Cup.

A Few days back, Misbah-Ul-Haq and Waqar Younis stepped down as Head coach and bowling coach of the Pakistan national cricket team from their respective roles after two years in the Job.

Both were appointed in September 2019 and still had a year each left in their contracts. The PCB had earlier roped in former test spinner, Saqlain Mushtaq and all-rounder, Abdul Razzaq as interim coaches for the home series against New Zealand.

Pakistan in the past has appointed many foreign coaches with relative success including Richard Pybus, Bob Woolmer, Geoff Lawson, Dav Whatmore, and Mickey Arthur.