Pakistan vs Zimbabwe: Preview and Prediction 

Pakistan is the overwhelming favorite to win this match

Pakistan will take on Zimbabwe in their second Super 12 match at the ICC Men’s T20 World Cup 2022 on Thursday at the Perth Stadium in Perth.

The green shirts have not had a good start to their campaign. Though they did well in patches in their first match of the competition against arch-rivals India, Babar Azam would be disappointed at his bowlers to throw the game away from a winning position.

On the other hand, Zimbabwe did well to first make it to the Super 12 by finishing first in their group in the first round. In their first Super 12 game, the Chevrons were on the brink of a defeat against continental rivals South Africa, but the rain came to their rescue.

Pakistan started their campaign in this edition of the T20 World Cup with a narrow four-wicket defeat against India. After being asked to bat first at the Melbourne Cricket Ground, they scored 159 runs, with Shan Masood and Iftikhar Ahmed scoring half-centuries.

Azam’s team had a great start with the ball as India lost their first four wickets with only 31 runs on the board, but a brilliant knock of 82 runs from Virat Kohli and Hardik Pandya’s supporting act of 40 runs took the game away from Pakistan’s grasp.

Zimbabwe, on the other hand, enjoyed a good run in the first round of this competition. They started off with a 31-run victory over Ireland, and while West Indies handed them a 31-run defeat in their second match, the Chevrons defeated Scotland by 5 wickets in their last match to top Group B.

In their first Super 12 game, Craig Ervine’s team scored 79 runs in nine overs in a rain-curtailed fixture against South Africa. In response, the Proteas had scored 51 runs in only 3 overs and looked certain to chase the total down, but rain played spoilsport as the game did not yield a winner.

Pakistan and Zimbabwe have crossed paths quite often in T20I cricket. They have met 17 times, where Pakistan secured victories in 16 fixtures, while Zimbabwe ended up on the winning side on only one occasion.

The last T20I meeting was at the Harare Sports Club back in April 2021. Batting first, Pakistan scored 165/4 banking on Mohammed Rizwan and Azam’s half-centuries. In response, Zimbabwe could only score 141 runs, as Hasan Ali scalped four wickets.

Mohammad Rizwan: Rizwan might have had a poor outing against India a few days ago, but there is a reason why he is currently the number 1 ranked batter in T20I cricket. The wicketkeeper-batter is usually very consistent and highly reliable, and his statistics corroborate the claim. 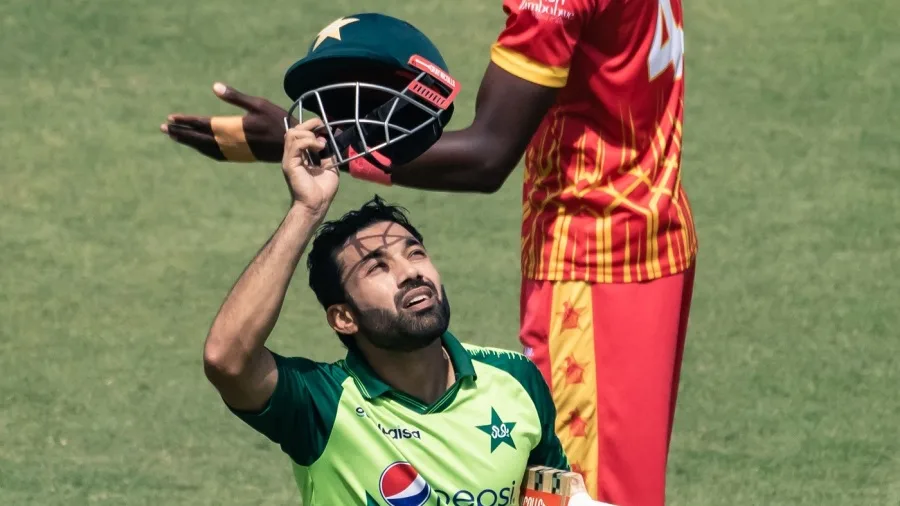 Sikandar Raza: Veteran all-rounder Sikandar Raza is once again showing his class on the big stage, proving to be Zimbabwe’s most influential player by a big margin. He has so far scored 136 runs in this competition at an average of 34 and a strike rate of nearly 170.

The 36-year-old’s best knock was against Ireland, where he struck 82 runs. As for his bowling, Raza has picked up 5 wickets at an economy rate of only 6, which includes a three-wicket haul in the game against West Indies.

Though Zimbabwe might have punched above their weights on a few occasions, the gulf in class in comparison to Pakistan is still pretty big to not consider. Hence, we have predicted Azam’s side to secure a fairly comfortable victory in this match.