Pakistan and England will lock horns in the sixth game of the T20I cricket series to be played at Gaddafi Cricket Stadium in Karachi on Friday.

In their previous match, Pakistan managed to pull off a famous win over England. Skipper Babar Azam will be pleased with his side’s clinical bowling performance in the game played at Gaddafi Stadium. With this result, Pakistan has taken a 3-2 lead in the seven-match T20I series.

On the other hand, England delivered a timid batting performance to lose the previous match by a close margin. Skipper Moeen Ali will be hoping that the side can play to their potential and level the T20I series on Friday.

The home side might make one change to their playing XI and include Muhammad Haris in place of Haider Ali, who has failed to make an impact with the bat. In the batting department, the onus will be on the openers Babar Azam, Mohammad Rizwan, Shan Masood, Mohammad Haris, and hard-hitter Asif Ali along with all-rounders Iftikhar Ahmed and Shadab Khan to deliver the bulk of the runs.

In the previous match, wicket-keeper Mohammad Rizwan notched up the fourth half-century of the T20I series and anchored the innings to help Pakistan post a score of 145 runs on the board. Besides Rizwan, Iftikhar Ahmed scored 15 runs off 14 balls, whereas debutant Aamer Jamal chipped in with 10 runs off seven balls.

In the bowling department, the onus will be on the likes of pacers Mohammad Hasnain, Mohammad Wasim Jr., Haris Rauf and spinners Shadab Khan and Iftikhar Ahmed to provide crucial breakthroughs in this fixture. In the previous match, the spin duo of Iftikhar Ahmed and Shadab Khan bowled well and conceded less than 45 runs in eight overs bowled between them.

The visitors might make one change as Liam Dawson could come in place of Adil Rashid, who once again struggled to make an impact in the middle overs of the innings. The inclusion of all-rounder Sam Curran and pacer David Willey worked well for England in the previous game.

In the batting department, the side will be relying on Captain Moeen Ali, rookie opener Phil Salt, Alex Hales, and the middle-order trio of Dawid Malan, Ben Duckett, and Harry Brook to deliver the bulk of the runs in this crucial fixture.

In the bowling department, the side will be relying on the pace quartet of Sam Curran, David Willey, Mark Wood and Chris Woakes to deliver timely breakthroughs. In the previous match, pacer Mark Wood was the pick of the bowlers and finished with figures of 3 for 20 in his four overs. Besides Wood, Sam Curran bowled well and claimed 2 for 23 in his four overs, whereas David Wiley continued his excellent form with the new-ball and picked up wickets of Shan Masood and Iftikhar Ahmed.

Pakistan currently leads the seven-match T20I series 3-2 having won the second, fourth, and fifth match of the series. Chasing a target of 159 runs in the first game, the visitors England won that match by six wickets to lead the series 1-0.

In the third game though, England racked up 221-3 after losing the toss. They then managed to defend that total by restricting the hosts to 158/8 as Pakistan’s top order crumbled against returning Mark Wood and Reece Topley. 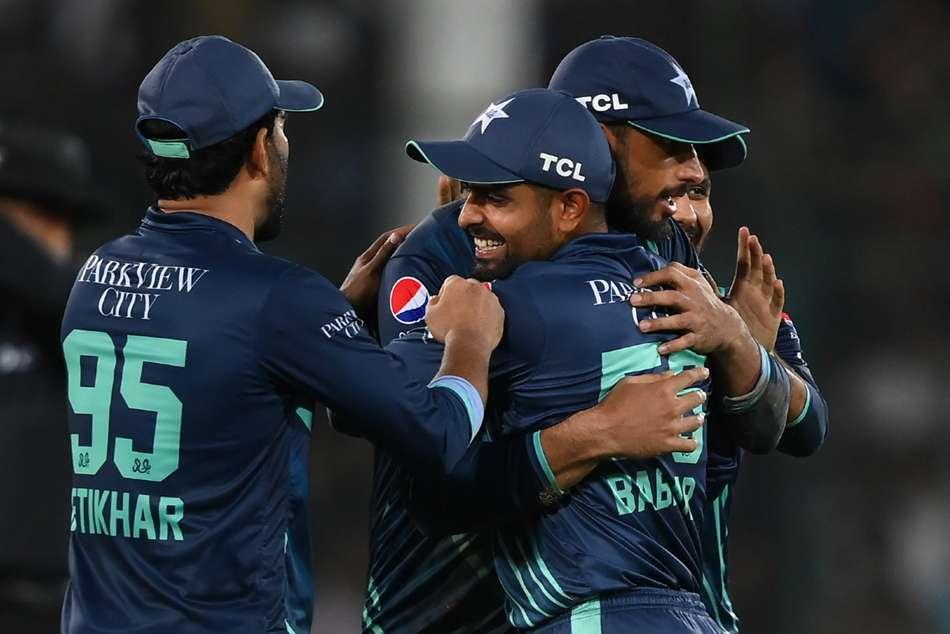 Pakistan beat England by three runs in a thriller in Karachi on Sunday. Chasing 168, England never got going after losing their top three. However, when Liam Dawson smashed 24 from an over to drag his team to the edge of victory, Haris Rauf picked up two wickets in as many balls to leave Adil Rashid and Reece Topley needing 4 from the last over. However, they could not get the job done as the hosts levelled the series at 2-2.

The story was somewhat the same in the final game as well. Pakistan took a 3-2 lead in the series after beating England by six runs in the fifth T20I at the Gaddafi Stadium in Lahore. Chasing a target of 146, England was restricted to a total of 139 for seven in 20 overs.

With 15 runs needed off the final over, debutant Aamir Jamal kept his cool as Pakistan held on for a win. Haris Rauf and Mohammad Nawaz had earlier given Pakistan the perfect start as they had together removed the England openers.

Mohammad Rizwan scored 63 precious runs for Pakistan before getting out and his efforts might just allow Pakistan to fight it out in this match as they posted a below-par 145 all out. Mark Wood picked up the wickets of Babar Azam, Haider Ali and Asif Ali to break the back of Pakistan’s batting.

This will be the 27th time that Pakistan and England are playing each other in the T20I format with the latter winning 15 of those encounters played between the two sides whilst the former winning this fixture nine times. One of the games between the two sides also ended in a tie in which England emerged victorious by virtue of super over whilst another game was abandoned.

This will however be the sixth game played between the two sides in Pakistan with the Three Lions winning two of the encounters while the hosts having won three. 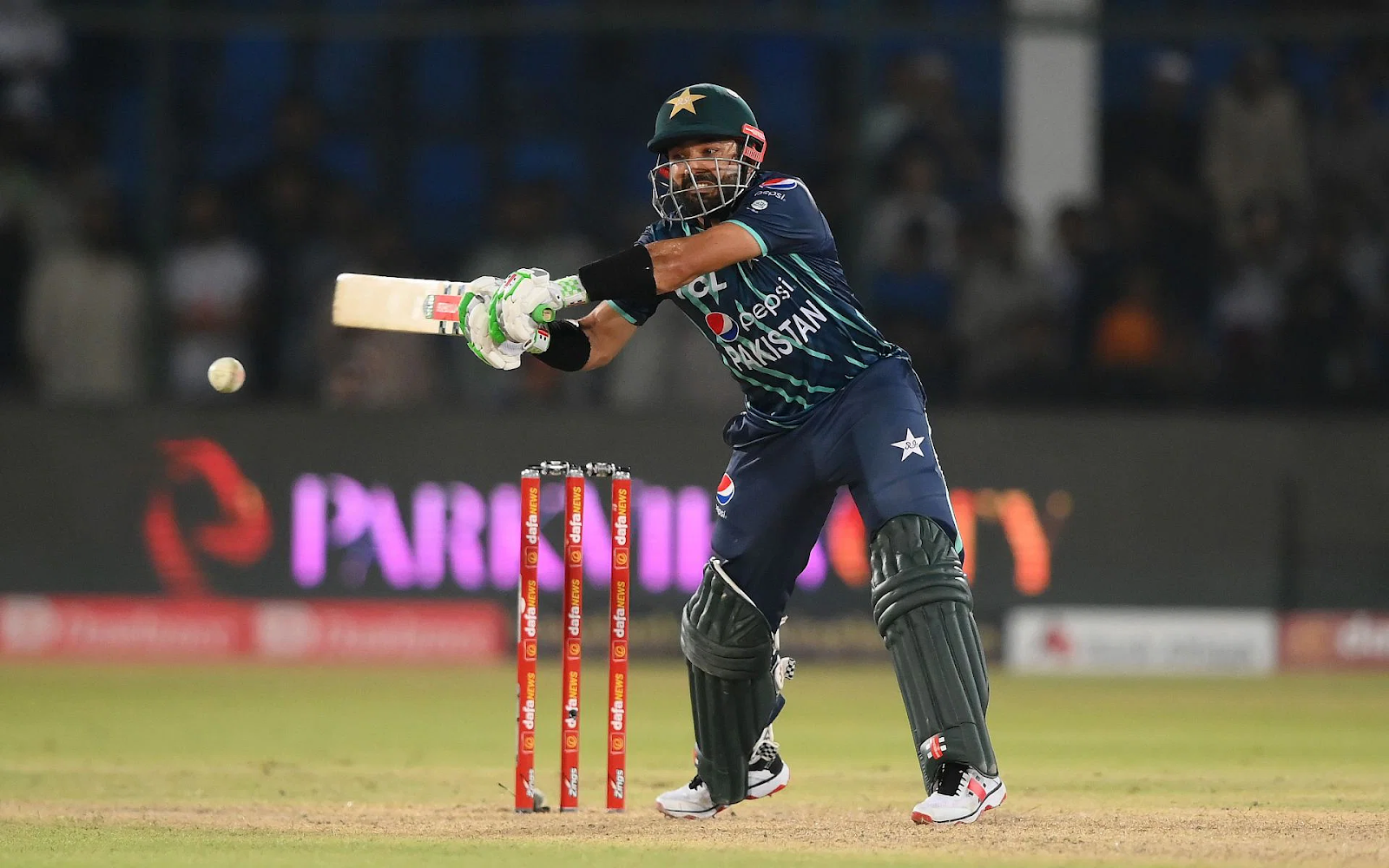 Mohammad Rizwan has already notched up four fifties in this series

Mohammad Rizwan (Pakistan): Pakistan wicketkeeper-batter Rizwan continued his fine run of form from the Asia Cup as he currently is the leading run-scorer in the series with 315 runs from five innings at an average and strike rate of 78.8 and 140.6 respectively.

Rizwan has played a crucial part in Pakistan’s 3-2 lead in the series especially when skipper Babar Azam and No 3 batter Shan Masood have struggled to make an impact with the bat, especially the former. His 63 against the Three Lions in the last game was perhaps his most crucial contribution as he kept the team’s hopes alive during their batting in the first innings after losing Babar early in the innings, forging vital partnerships along the way.

Phil Salt (England): Buttler’s continued absence means an extended opportunity for Phil Salt to prove his mettle as a genuine frontline option in England’s World Cup ranks. As the heir apparent to Jason Roy, Salt has a number of compelling similarities – not least his endearing willingness to go hell for leather from ball one (and suffer the occasional indignity as a consequence, such as his first-over 8 from 4 last Sunday).

And yet, the logic of Alex Hales’ recall – in spite of the line in the sand that his omission once entailed – proves that he will be the shoo-in for the main event next month, not least given his match-winning half-century in the Karachi opener. Salt, by contrast, has 56 runs in the series from 47 balls so far. With Will Jacks another prospect at the top of the order, he needs to lay a marker soon.

Despite Pakistan registering back-to-back victories, the series is still alive with two matches remaining to be played at Lahore. The home team registered victories in the second, fourth and fifth T20I by 10 wickets, 3 runs and 6 runs, whereas England secured victories in the first and third match of the T20I series.

For the visitors, skipper Moeen Ali will be hoping that experienced players can deliver the goods in a bid to level the T20I series. Expect England to register a hard-fought win over Pakistan and level the seven-match T20I series on Friday.