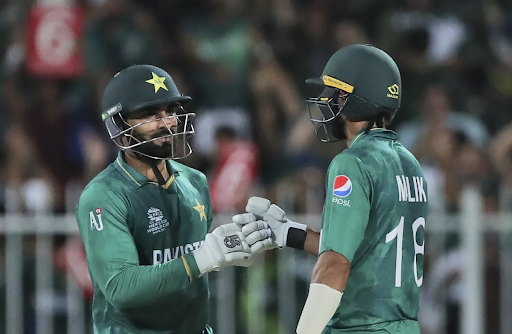 Pakistan established themselves as one of the favourite teams to win this ICC T20 World Cup 2021 as they defeated formidable New Zealand cricket team in the second match of the tournament, played at the Sharjah Cricket Ground on Tuesday night.

The Pakistani side once again produced an all-round performance to get the better of a team which had earlier withdrawn from playing a bilateral series in Pakistan. It had sparked a huge controversy and anger among the Asian team’s administrators, players and fans following the last minute pull-out from the Kiwi side, who cited security issues but did not reveal the details for their eventual decision which was taken moments before the start of the first match of the tour.

The Pakistani team would certainly have used that incident as a huge motivational factor when they faced New Zealand in the 19th match of the ICC T20 World Cup 2021.

After Pakistan won the toss and elected to field, their bowlers once again did the terrific job of restricting New Zealand to a poor total of 134/8 from their 20 overs. In reply, Pakistan did suffer a mini collapse of sorts in the middle stages but the pair of experienced Shoaib Malik and explosive Asif Ali ensured that their team emerged as the winning side on Tuesday night.

Pakistan scored 135/5 from 18.4 overs with their opening batsman Mohammad Rizwan scoring a 34-ball 33 with five boundaries whereas Malik reaching 26 not out from 20 balls with the help of two boundaries and one six. However, the star of the chase was Asif, who struck as many as three sixes and one four to make 27 not out from only 12 balls to guide Pakistan to a memorable victory.

Earlier in the contest, it was the Pakistani bowlers once again who produced a unified performance to keep New Zealand to a moderate total. Shaheen Shah Afridi was impressive again as he returned with figures of 4-1-21-1 whereas left-arm spinner Imad Wasim, who shared the new ball, took 1/24 from his four overs and produced yet another impressive bowling display after the game against India.

But the star of the Pakistani bowling on Tuesday night was right-arm fast bowler Haris Rauf, who returned with 4-0-22-4 in a ferocious spell of fast bowling, accounting for the likes of Martin Guptill (17), Devon Conway (27), Glenn Phillips (13) and Mitchell Santner (6).

For New Zealand, Daryl Mitchell was promoted to the opening position and he scored a 20-ball 27 with two sixes and 14 whereas their captain Kane Williamson made 25 from 26 balls with two fours and one six. With the ball, Ish Sodhi took 2/28 from his four overs.

Earlier in the tournament, Pakistan had made a sensational start when they defeated India for the first time in a World Cup match, crushing the tournament favourite by a huge margin of 10 wickets last Sunday.

With impressive victories against these two strong opponents, it can be said that Pakistan have established themselves among the favourite teams to win this T20 World Cup, which was originally scheduled to be held in India.

Another reason why Pakistan are now being touted as favourites is because the victory against New Zealand was their 13th consecutive win in the United Arab Emirates where the tournament has been moved to.

With tough matches out of their way, Pakistan will look to dominate the other remaining two teams in Group 2 as they take on Afghanistan and Scotland in their next games.