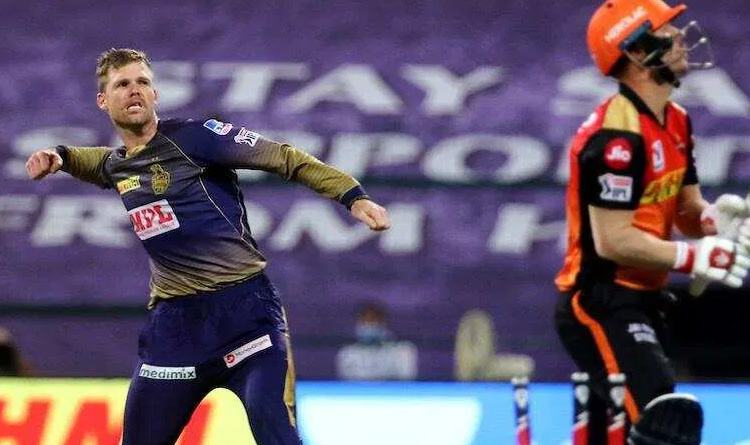 On Sunday, In the match 35 of the Dream11 Indian Premier League (IPL) 2020, the Sheikh Zayed Stadium witnessed the super over super win for the Kolkata Knight Riders. After both the teams tied on 163 runs. Lockie Ferguson delivered a fantastic super over and guided KKR towards the win.

KKR registered its fifth win of the IPL 2020 by beating SRH.

Rahul Tripathi and Shubman Gill came to the field to start the innings, as Kolkata Knight Riders batting first. The openers gave a good start to the team with back-to-back boundaries. T Natarajan broke the dangerous partnership in the sixth over and sent Rahul Tripathi for 23 runs. Nitish Rana walked in and smacked some great strokes. Rashid Khan dismissed Shubham Gill for 36 when Prithvi Gill took a brilliant catch. In the next over, Vijay Shankar knocked out Nitish Rana for 29 runs. Eoin Morgan came next, and Kolkata completed 100 runs, and too soon, KKR saw Andre Russell go back for nine runs. Dinesh Karthik and Eoin Morgan surged the scoreboard beyond 150. Basil Thampi dismissed Eoin Morgan in the last over, and KKR ended on 163/5.

SunRisers Hyderabad chasing the target sent Kane Williamson and Jonny Bairstow to open. The openers making no mistakes took the score beyond 50. In the seventh over, Lockie Ferguson took out Kane Williamson on the first ball for 29 runs. Lockie Ferguson took another wicket and sent back Priyam Garg for four runs. Varun Chakravarthy ended the innings of Jonny Bairstow for 36 runs. Manish Pandey and Vijay Shankar also got out soon. Abdul Samad and David Warner struggling in the last overs, and the match took an interesting turn. Both the teams tied on 163, and the match went into super over. Lockie Ferguson literally snatched the winning from SRH by knocking out Warner and Abdul Samad.

Lockie Ferguson, with his fantastic super over, turned out to be the game-changer to KKR.